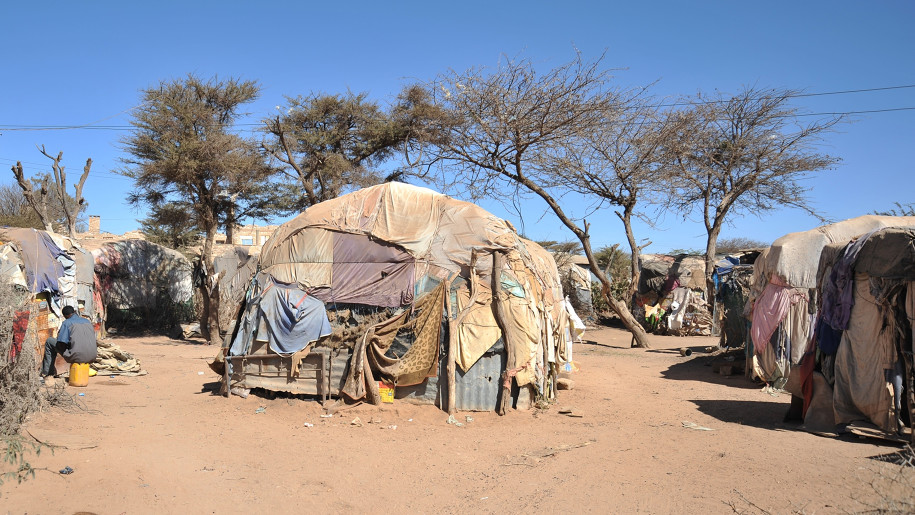 Somalian refugees who have sought shelter in Ethiopia

The Federal Democratic Republic of Ethiopia is located in the Horn of Africa and bordered by Eritrea, Djibouti, Somalia, Sudan, South Sudan, and Kenya. With over 90 million inhabitants, Ethiopia is the most populous land-locked country in the world. Ethiopia is a land of contrasts boasting rivers, mountains, caves, deserts, jungles, and the Great Rift Valley. The predominant climate is tropical monsoon with an average of 7 hours of sun each day. Most of the large cities are located in regions of cooler temperatures. The official language is Amharic and the majority of the population is Christian with a third being Muslim. Actually, religions largely occupy regions: Orthodox in the north, Protestants in the south, Muslims in the east/northeast, and traditional religions in the south/southwest.

Somalis sought protection in Ethiopia due to insecurity in Somalia or as a result of the 2011 famine. They constitute the largest refugee group in the country and live in refugee complexes containing thousands and thousands of people. Refugees typically arrive with a few belongings only. They live in a series of camps in an arid, harsh area of southeastern Ethiopia. Their most urgent needs are emergency shelter, food, and basic aid items. To protect its rather scarce natural resources from this overwhelming influx, Ethiopia has limited the refugees’ rights pertaining to movement, education, and work opportunities. Measures affecting refugees in Ethiopia hardly have any clear legal basis in national law. Somalis are Muslim by religion and 4.6 million of them live in Ethiopia as refugees

Two units needed to help provide health education or medical services. Ethiopia has only 1 or 2 medical doctors per 100,000 people and the worst health problem is communicable disease, which is exacerbated by poor sanitation and malnutrition. It can’t be any better in the refugee camps.