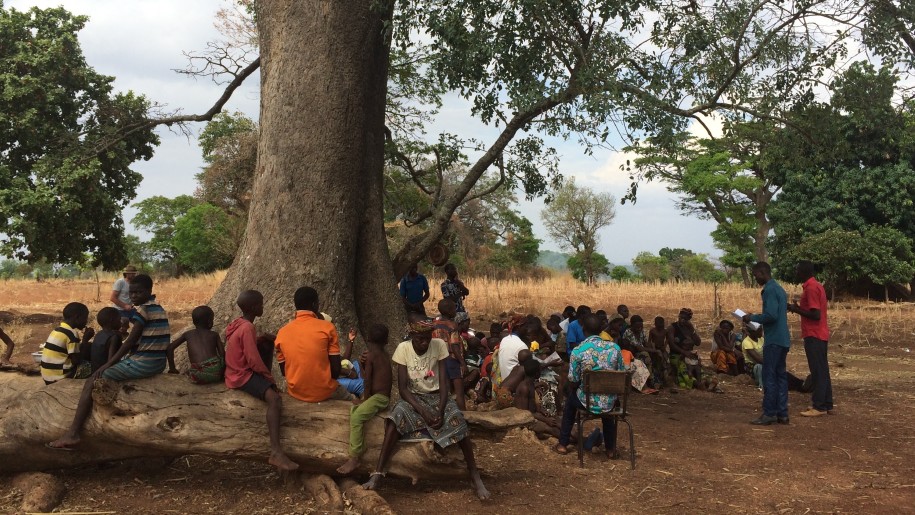 Numbering almost half a million, the Kono are primarily farmers, spread across eastern and northern Sierra Leone.

AFM has ministered to the Kono people since 2021.

Sierra Leone is a country on the southwest coast of West Africa. Liberia borders it to the southeast and Guinea to the northeast. Sierra Leone has a tropical climate, with a diverse environment ranging from savanna to rainforests, and a total area of 71,740 km2 (27,699 square miles). Sierra Leone is divided into five administrative regions, further subdivided into sixteen districts. Freetown is the capital and largest city. Bo is the second-largest city in the country and is located 150 miles from Freetown. According to the 2015 census, Sierra Leone has a population of 7.4 million. Life expectancy in Sierra Leone is 51 years (men) and 52 years (women). According to the nation’s infant mortality statistics, there were 66.7 deaths/1,000 live births in 2018.

Sixteen ethnic groups inhabit Sierra Leone, each with its own language and customs. The two largest and most influential are Temne and Mende. The Temne are predominantly found in the northwest of the country and the Mende in the southeast. Although English is the official language—used in schools and government administration—Krio, an English-based creole, is the most widely spoken language across Sierra Leone. Spoken by 98 percent of the population, Krio unites all the ethnic groups in the country, especially in their trade and social interaction. Krio is mainly derived from English but is influenced by other African languages, such as Yuroba and French.

Sierra Leone is a Muslim-majority country at 77 percent, with an influential Christian minority at 22 percent. Sierra Leone is regarded as one of the most religiously tolerant countries in the world. Muslims and Christians collaborate and interact with each other very peacefully, and religious violence is very rare.

Numbering almost half a million, the Kono are primarily farmers, spread across eastern and northern Sierra Leone. Children are expected to help with a large amount of the work. Polygamy is allowed under Islamic law, but only some can afford to practice it. Although the Kono value good relationships, they tend to squabble with their neighbors, especially regarding money or property. Therefore, each village usually has a “wise man” and an elected or appointed leader to help resolve conflicts.

Friday meetings at the mosques are important social events for most Kono. The Kono are 85 percent Muslim, and Islam dominates their religious culture and practices. There is a small Evangelical Christian community within the Kono people and 15 Adventists among them. The New Testament is available in their language, but the complete Bible is as yet unavailable.

Kono houses are generally quite large to accommodate extended families and are built of either mud or cement blocks, depending on what is available. In rural areas, roofs are usually still made of thatch. Most cook over open fires.

Meanwhile, the Cokers (who are originally from Sierra Leone) have transitioned to the initial start-up phase of the Kono Project. The Kono have been a high-priority unreached people group for the Sierra Leone SDA Mission for many years. Still, there has been an absolute lack of gospel workers and finances to initiate new gospel outreach work among the Kono due to various factors, such as the Ebola outbreak and civil war. After requests from the Sierra Leone SDA Mission, AFM has agreed to assign the Cokers to lead the new Kono Project. The Cokers speak Krio and English, the dominant languages among the Kono, and bring many years of successful church planting among the Susu of Guinea to the new Kono Project.

My poem in honor of the Susu Project.

What We Have In Mind

We know it will not be easy, but with God, all things are possible.

“Mom, Do You Know We Are Homeless?”

“Sweetheart, having a house is good, but making a home is the best. Our home is in heaven. We are all strangers on this planet. So, even if we don’t own our own home, we must at least appreciate what God is doing on our behalf and for others.”