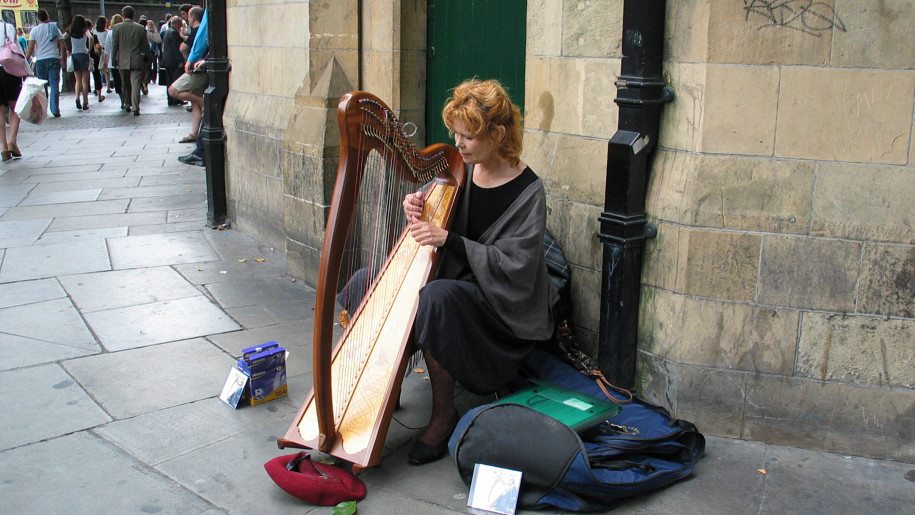 The Irish have always been a passionate people who pride themselves in their history of local wars. The early religious practices came from the spiritualistic Druid religion, and the Irish ballads still reflect their lusty outlook on life.

Ministering to the Irish people since 2000.

The native Irish people are a mixture of several ethnic backgrounds. The Celts, from north of the Alps, invaded early on, only to be dominated by the Vikings from Scandinavia and then the Normans from what is now France. Finally the Anglo Saxons from what is now Great Britain. There is even a Spanish line that runs through the Irish from the Sailors of the Spanish Armada that came to ruin off the Irish coast. Each of these invading waves brought their own cultural and genetic characteristics, and in turn each have become Irish as the years went by.

The Irish have always been a passionate people who pride themselves in their history of local wars. The early religious practices came from the spiritualistic Druid religion, and the Irish ballads still reflect their lusty outlook on life. In the 5th and 6th century the Christian religion was widely spread through Ireland and Scotland. The Celtic Christians were Sabbath keepers deriving their doctrine from the Bible. The famous Patrick and Columba were Sabbath keepers. By the 7th century the Roman church had almost completely taken over the Celtic centers of learning and a long night of darkness descended on the Irish people.

With the spiritual domination of the Roman church, the tyranny and social and economic repression of the English empire, the Irish have been harshly used and severely reppressed for hundreds of years. While outgoing and friendly, the Irish express a deep spiritual pain that keeps the pubs much fuller than the churches.

A New Chapter in Ireland

The time has come to fully transition the project to the Irish Mission under the spiritual leadership of Pastor Lorance Johnson.

A Farewell to the O’Brians

Is God calling you to be part of the Irish team?

Being “on time” became less important than “quality time.”

Is This the Place?

“Would you like to take a look at the building we have identified as a potential Center of Influence?”

I had never really considered it to be a mission field. I suppose I expected something more tropical and exotic. But I am glad God works outside our expectations!