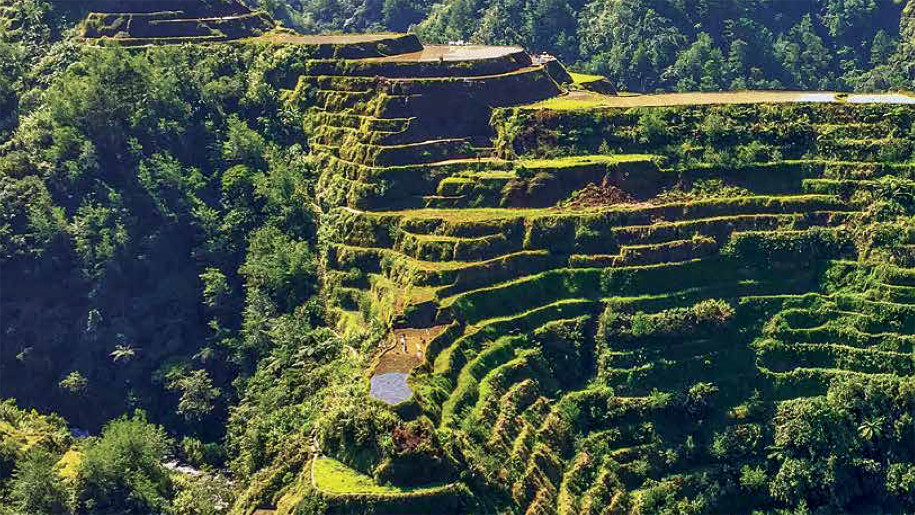 The Ifugao project was incorporated into the Asia-Pacific Division of Seventh-day Adventists in February of 1993. The Scalzis planted five churches in the mountain villages.

Ministering to the Ifugao people since 1987

The Ifugao people live primarily in the province of Ifugao in Central Cordillera, in Northern Luzon. Additionally, their name is synonymous with the famous man-made Banaue Rice Terraces in northern Luzon, which has been hailed the “eighth wonder of the world.” Anthropologists have regarded the Ifugao as possibly the oldest residents of the highlands; their origin attributed to Indonesian migration, dating back as early as 800-500 BC.

Terrace farming is their principal means of livelihood. Their social status is measured by the number of rice field granaries, family heirlooms, gold earrings, water buffaloes, as well as prestige conferred through time and tradition. The more affluent, known as kadangyan were usually generous by nature, giving rice to poor neighbors in time of food shortage(s) and/or hardship(s). Furthermore, their culture was known for their legal system, using one of the world’s most extensive oral legal traditions specifying the offense depending on the use of custom law; trial by elders (influenced in part by public opinion); or trial by ordeal. The wealthy were subjected to greater fines than the poor.

Untouched by the influences of Spanish colonialism, Ifugao culture values kinship, family ties, religious and cultural beliefs. They are unique among all ethnic groups in the mountain province, not only for their interesting customs and traditions but also for their narrative literature such as the hudhud, an epic dealing with hero ancestors sung in a poetic manner. Another feature unique to the Ifugao is their woodcarving art. Their textiles are renowned for their sheer beauty, colorful blankets and clothing woven on looms. Houses were well-built, characterized by as a square with wooden floors, windowless walls, and pyramidal thatch roofs. Elevated from the ground by four sturdy tree trunks, they feature removable staircases that were hoisted up at night to prevent entry by enemies and/or wild animals. Lastly, their attire remain traditional for male Ifugaos, donning the wanno or g-string; there are six types of wanno which are used depending on the occasion or the man’s social status. Ifugao women, on the contrary, wear tapis, a wraparound skirt; there are five kinds of skirts worn, depending on the occasion and/or status of the woman.

As 1987 begins, we are preparing to leave for the first AFM project in the mountain provinces of the northern Philippines. As partners in the great work of sharing Jesus with the countless millions who have never heard His name, we wish to express our deepest appreciation for the many people who are helping to begin the pioneer work of AFM. We know that any new work takes two key ingredients to become a success: faith and sacrifice. We need faith in the One who told us to go ye into all the world; faith in His power to accomplish this task to which we have been called.

In January of 1987, Mark and Aunie Scalzi, with their two children, Cheris and Shiloh, stood on the threshold of something brand new. AFM itself was brand new, incorporated just two years earlier. The Scalzis had spent a year raising support and preparing for their pioneering role as AFMs first missionariesa year of sacrifice. To this they added faith as they peered into the unknown future and imagined the shape of things to come.

Five years later, in early 1992, Clyde Morgan, AFMs founder, painted a scene of what the Scalzis partnership with God had birthed: The weather cooperated marvelously with sunshine and clear sky. The growing rice in the terraces formed a living carpet of green over the mountainsides and down into the valley below the church. A lovelier place for Gods house would be hard to find.

People from all over were coming for the dedication of the very first Ifugao church. … As I stood before the Ifugao believers, I told them I might not see them again on this earth, but I entrusted them into the hands of God and the care of the local mission as AFM turned over the work. This is the goal of AFM in each of our projectsto firmly plant the church with trained indigenous leadership and then turn it over to the local mission and move on.

Five years earlier, AFM was only a dream in the hearts and minds of a small group of people. Now that dream had been realized in a newly planted church among a previously unreached people group.

[Editors note: As the project neared completion, there were five churches planted these mountain villagesIfugao, Benaue, Poitan, Mayayao, and Nuntungod. However, in recent years these churches have experienced a decline and membership now stands at only 30 members.]

A note from the Scalzis

In some ways, it seems like only yesterday that our family was boarding a plane for the Philippine Islands to begin a new pioneer work with a brand new organization called AFM. The destination was uncertain, and the promises of support were only as good as faith could grasp. Yet, with our eyes fixed on the calling of God, we journeyed forth to trust Him who cannot fail.

We had no idea that a group of people called the Ifugao would become to us the dearest family we had on earth. No idea that a large number of this family would become Seventh-day Adventist Christians, nor that God would lay the foundations of a broader work both in the Philippines and beyond by our going in His name and trusting in His power.

When we look back on the trials and sicknesses, the tragedies and troubles, they seem insignificant in comparison with the blessings that have been ours and the joy we will experience throughout eternity. Today, Aunie and I work as nurses in northwest Arkansas. Our daughter, Cheris, teaches English in South Korea, and our son, Shiloh, lives near us and works in Bentonville.

We continue to pray for each of our friends and families in the Philippines and continue to support lay pastors and teachers in their ongoing effort to see the work finished in Ifugao.

Many of our baptized members in Ifugao wonder how long it will be until we can meet with them in heaven. We keep assuring them it wont be long now. Our part and theirs is to faithfully share the love of Jesus where we live and work, whether in the Philippines or in the States.

We continue to pray for all the AFM workers. We praise God that the walls that have hidden many unreached people groups are tumbling before Gods pioneers who continue to sacrifice and move forward at His command. Let the earth hear His voice!

Incorporated into SDA church in 1993