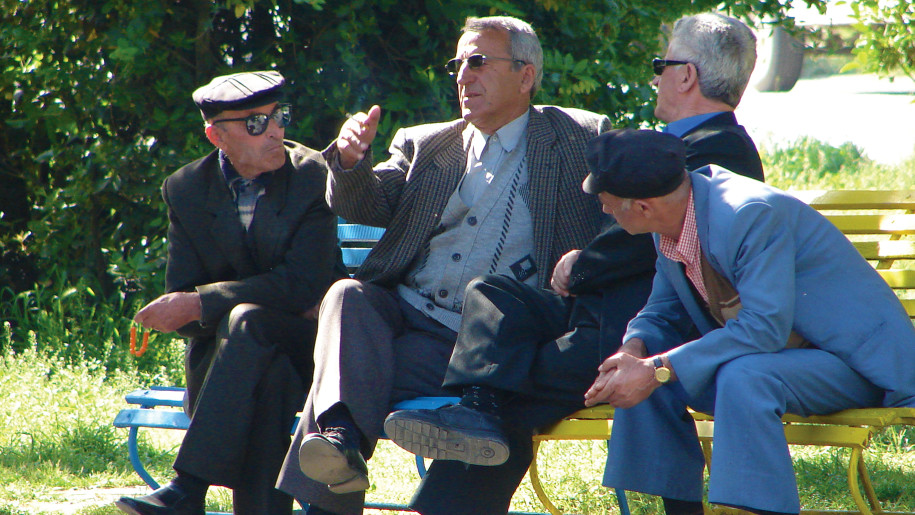 AFM has ministered to the Shqiptaret since 2006.

Prior to the changes introduced by the Communist regime in the 1940s, Albanians were a tribal people who lived in extended family units called fis. The fis had many old traditions, such as the vendettas, or “blood feuds,” which often lasted several generations. For protection during these feuds, families lived in fortified stone buildings called kulas. The ground floor of the kula was built with small slits rather than windows, while the upper floor had windows that could be closed.

Albania is a country with many isolated areas. Over the centuries, this produced a wide variety of regional lifestyles and settlement patterns. However, when the Communist regime began in 1944, the traditional lifestyles began to change drastically. Communist political authorities believed that the way to achieve national unity was to abolish differences of tribe, religion, and even dress. Huge community farms were established, and education became mandatory. Large apartment complexes were built, and today, more than a third of Albania’s population lives in cities. Women make up almost half of the workforce. Albanian products include textiles and clothing, food products, petroleum, metals, lumber and chemicals.

The collapse of the Communist regime in 1990 brought on numerous traumatic and rapid changes in Albania, leaving the people with an identity crisis. The people were shocked to discover that they had been reduced to poverty. Hurt, angry and confused; they are now struggling to find their identity in a country considered Europe’s poorest and least developed.

Recently, more than a million Qurans have been distributed. Within three years, 900 mosques were built or reopened. Muslim countries donated thousands of dollars to encourage young men to study Islam in other countries.

We invite your prayers, financial support and membership in the Kindness Club as we continue to share the good news with the unreached.

“But seek first the kingdom of God and His righteousness, and all these things shall be added to you. Therefore do not worry about tomorrow, for tomorrow will worry about its own things” (Matthew 6:33-34).

May the kindness club continue to grow under the influence of the Holy Spirit, and may a thriving movement reach countless Albanians with the good news.

By the grace of God and through your support and prayers, our community service club will supply packages of food staples to those in greatest need and add some produce grown by local micro-farms.

We invite you to join us in praying for Gjergji to continue reflecting Jesus in his life and ministry and to make disciples for Him.

“This is wonderful!” she exclaimed. “It gives me so much hope. I want to know when this will begin. I want to be a part of this!”

We invite you to join us in prayer for our friends, Gjergji’s family, and their journey of healing and faith.

The Attraction of Service

Though Alban and Dani have very little, they agreed that serving those in need brings more joy than riches for oneself.

In these uncertain times, those who know God’s word must remain flexible and sensitive to His leading.

We have also experienced deep gratitude for the way God has opened doors in Albania. It reminds us to place our trust in Him no matter how bad things may look.