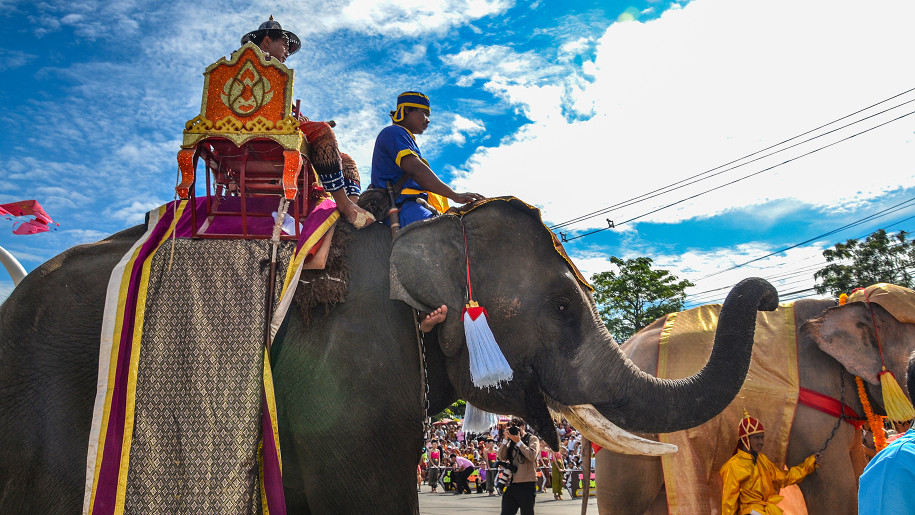 Thailand is a deeply Buddhist nation, with over 92 percent of its population espousing the Buddhist faith. Missionaries have had very little success at penetrating this massive “spiritual wall.”

AFM has ministered to the Central Thai of Thailand since 2011.

The Royal Kingdom of Thailand (which means Land of the Free) was founded in 1238 in a declaration of independence from Khmer overlords. Bordered by Laos, Cambodia, Myanmar, and Malaysia, the country also boasts coastlines on the Gulf of Thailand and the Andaman Sea. Thailand exports large quantities of Jasmin rice, silk cloth, silver and silver jewelry, wicker weaving, cabbage, herbs and naturally dyed cotton. Open-air markets carry plenty of fresh produce at reasonable prices, and vegetarian restaurants abound. Temperatures range between 60 and 100 degrees year-round, and the political climate is peaceful.

Thailand is a deeply Buddhist nation, with over 92 percent of its population espousing the Buddhist faith. Missionaries have had very little success at penetrating this massive “spiritual wall.” Only about 1.6 percent of the Thai population is Christian. There are 37 Seventh-day Adventist churches in Thailand, most of which are in the north. Khon Kaen—the focus of the Central Thai Project—has no Seventh-day Adventist presence.

The primary goal of the AFM missionaries on the Central Thai Project is to establish an indigenous church-planting movement among Thai Buddhists in Central Thailand. To reach this goal, they live closely among the people, learn the Thai language, study local culture and religion, and build deep friendships. Using what they learn, they will craft evangelistic materials in the Thai Buddhist context. They aim to share Christianity in a way that leads to conversions that are deeply meaningful and lasting. Local converts will be discipled to become leaders in the first church plant, and they will be trained to plant new churches. In this way, the result will be a locally-led, newly-born Adventist Christian movement that continues expanding God’s kingdom in Thailand.

In 2014, the Northern Khmer Project merged with the Central Thai project to begin a multifaceted ministry to Thai Buddhists in Khon Kaen. The newly enlarged team runs a music school and focuses on creating worship music and outreach materials carefully crafted to reach Thai Buddhist hearts.

“You came. You helped me. You stayed. You’re my friend.” I smiled but didn’t say anything. Loem’s words had touched my heart in a profound way that felt just right!

When God Changes Your Plans!

God is always bringing people our way. We just need to be open to see where He is at work and join Him.

But when it is all said and done, what matters most is not that they become great musicians. If, through studying at PMA, they learn that Jesus loves them and they accept His salvation, then any time I once thought was wasted proves to have been completely worthwhile!

Please pray that Nee, her family and our people experience God in unmistakable ways.

Now, we patiently await that “blink of an eye” when we are changed and meet our Lord and Uncle Harold in the clouds. Just a few more blinks. Be Faithful.

I long for the day when missions become such a part of the DNA of the church that it will be considered odd not to be involved in some way. Friends, the harvest is great, the laborers are few, the billions of unreached people in this world are waiting for more missionaries to come to them.

Working in a broken country has caused me to be confronted with my own broken condition. Seeing this brokenness in others reminds me of my own, which leads me to seek the healing that only Jesus can give.

Paradise, Peace and a Pick-up Truck

“…my life’s road may lead through some difficult situations, yet God is near me.”

“Why has Jesus delayed his coming,” she asked. Before I had the chance to articulate a response to her penetrating question, she quickly hit me with another, “Is it because of COVID-19?”

Dealing With a Papilionoidea-n Panic Attack

That papilio-no-idea-n creature had NO idea what my intentions were.