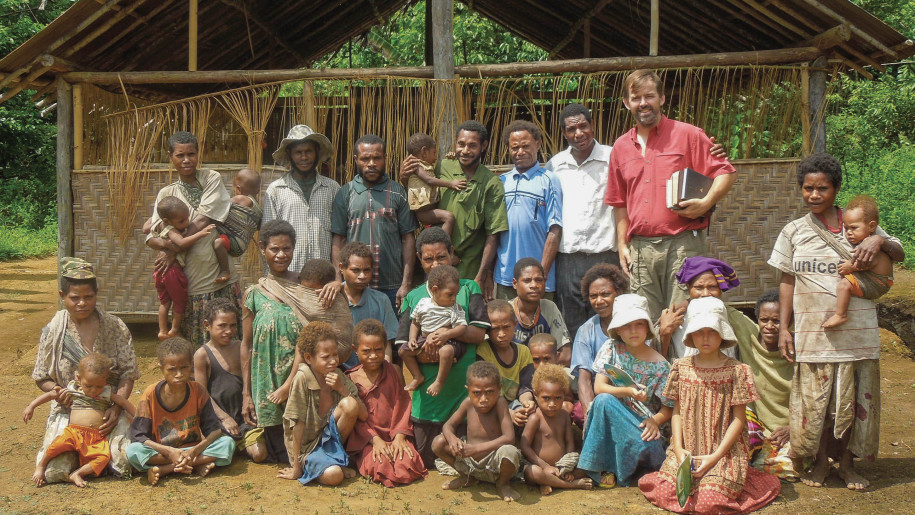 AFM has ministered to the Ama people since March 2012.

Flowing 700 miles on its way to the sea, the Sepik River drains 30,000 square miles of Papua New Guinea’s northwestern frontier and is home to some 240,000 people who speak more than 300 languages. The Ama people live along a small tributary of the Upper Sepik River in a very remote area, accessible only by plane or days of river travel in a dugout canoe. Except for a grass airstrip, Ama territory has none of the advances of modern life and is surrounded by swamps, jungle and small mountains. The climate is very tropical, with high temperatures and humidity and approximately 20 feet of rain a year.

The Ama people are semi-nomadic hunter-gatherers who rely on the natural resources from the rivers, swamps and jungles around them for almost everything they need to survive. They obtain their staple food, sac-sac, from sago palms by cutting them open, scraping out the center and pouring water through the pulp. Then they collect the milky white runoff, allow the starch to settle out, dry it and later reconstitute it into a thick sticky paste that they flavor with jungle meat or fish.

Due to the lack of nutritional value in sac-sac and their other food sources, the Ama people are often malnourished. The Ama also suffer from many devastating diseases and medical conditions such as malaria, pneumonia, dysentery, diarrhea, skin fungi, tropical ulcers, injuries from accidents and birth complications.

The Ama people are animists who live in fear and bondage to demons who masquerade as departed ancestors and nature spirits. Every aspect of their life experiences, beliefs and culture are dominated by fear of these spirits.

On November 26, 2012, John Lello, AFM missionary to the Ama, died in a tragic accident while felling trees near his project site. His wife Pam and daughters Alissa and Abby have returned to the States. Please join us in surrounding his family in prayer. In his first article in Adventist Frontiers, John wrote, “Friend, will you lose your life for Christ? It’s your only hope of really living. Won’t you join us in answering God’s call? Perhaps He is calling you to give your life for the unreached. . . . But one thing is certain—He is calling you, calling you to give your all.”

In March 2012, John and Pam Lello and their children took the two-day journey by plane and another day by canoe to reach this indigenous tribe. There, they met Michael, who had learned of the Adventists through his father, contacted 50 years earlier by a Seventh-day Adventist missionary.

Our last visit to the May River area was to Ama. It was a difficult journey that took all day. The river was low, and we had to cut our way through several log jams along the way. When we landed near Ama, village women met us and helped carry our bags over the muddy trail.

Michael explained that back in the 1960s, the Adventist Church went to Ama and built an airstrip to provide support for a missionary. The missionary didn‘t stay long, but the people learned enough that they came to consider themselves Adventist Christians. They wanted to be ready when Christ returned. They waited for another missionary to come. Decades passed. Eventually, Bible translators from another denomination arrived and translated the Bible into the local language. Michael was a young boy at the time and helped with the translation.

Two years later the Lello family, the missionaries they had been waiting for almost 50 years to receive, journeyed to Ama.

Adventist Frontier Missions send missionaries to some of the remotest places on earth to share the Gospel with people who are hearing it for the very first time. So how just how remote are the Ama people? The nearest hotel is located some 340 kilometers (211 miles) away.

Under the leadership of John and Pam Lello, the church received further instruction and lay workers began spreading the Gospel to the surrounding villages. Sadly, John Lello died in a tragic logging accident, and the gospel work suffered another setback. Today, other missionaries have taken up the cause and continued the work of John Lello.

I Asked God to Remember

Now, when I face challenges and slow-downs in PNG, I remember that I serve a God who plans things very well, and He always remembers.

Canoeing is part of the culture of the river people—they take pride in knowing how to do it and do it well. Even the shape, size and ornamentation of their paddles all have meaning beyond their basic function. When I purposely try to assimilate, it gives them joy that I want to be like them, which is part of the glue that binds me to the river people.

Thank you to each of you who have been Cheerful Church Member this furlough, taking notes for your prayer list, asking questions, and giving us small gifts, a check or a pledge to support the Ama project. It is energizing to know that you are here and that you care deeply for us and the people we serve.

The closer I can connect to my local cultures, the easier it is for me to share the gospel.

I prayed for grace to accept God’s plans and to be thankful for the helpers He has placed in my life.

Week after week I was asked to teach. I wondered where all of the teachers were. When the government loosened restrictions enough to allow us to all meet in one building again, the small groups came back to the church, and the teachers resumed teaching their classes.

Our Morata One Family

Please pray for our villages in the Ama Project area and for the Morata One Church. Also please pray that my ankle will heal so that I can walk well.

A Meal with Janelyn’s Mother

I am drawn to this hard-working woman. Although our primary ministry focus is two day’s journey away from her home, she lives close to our transit house in town, and I pray that I can be a source of encouragement to her when I am in town.

Relief Supplies to the village

A photographic journey of our trip upriver to share relief supplies with the village that burned.

A Missionary in the Market

As I carry my bag of produce back out the crowded gate, I remember I am here to serve God, and I pray that He will use my daily interactions to bring others to know Christ. 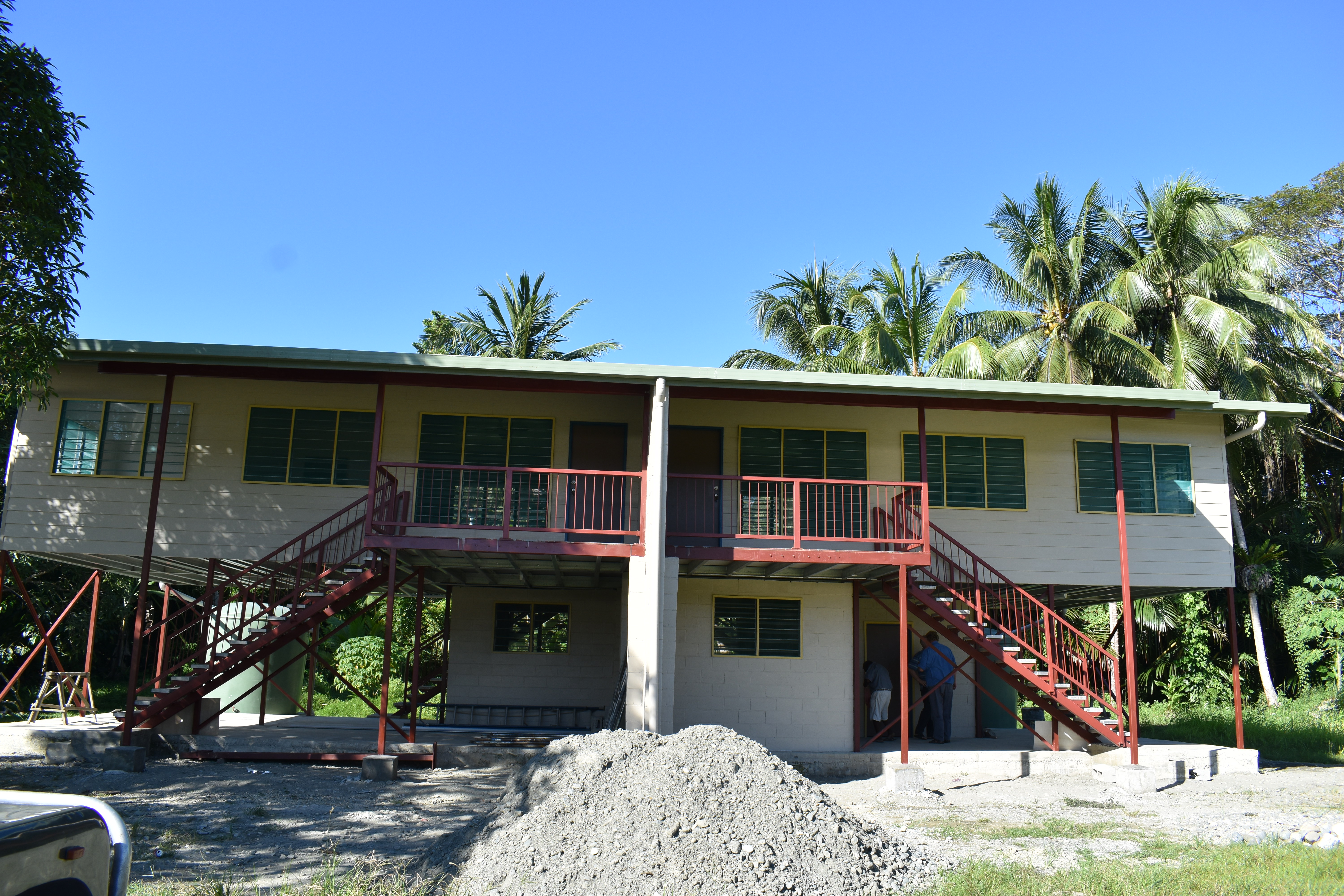