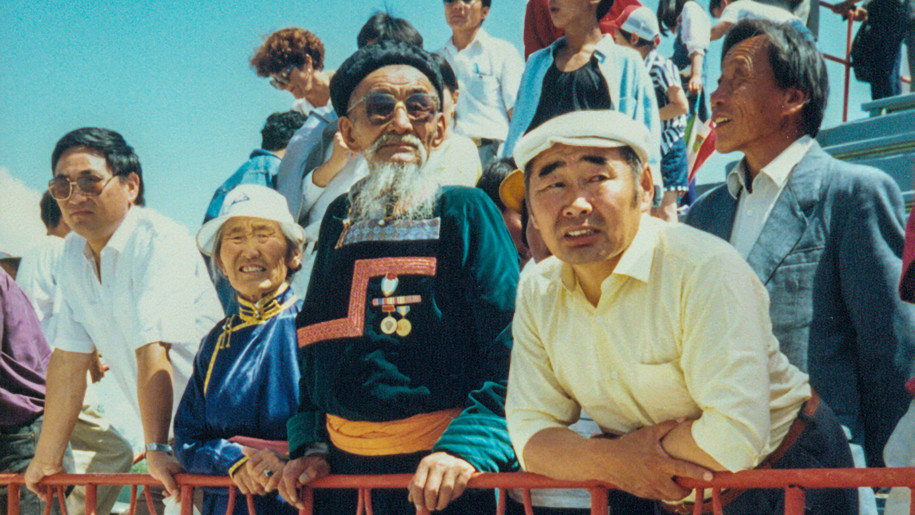 The Mongolian project was incorporated into the Northern Asia-Pacific Division of Seventh-day Adventists on January 9, 1998.

Ministering to the Mongolian people since 1991.

Mongolia has long been known for its wild land and strong people. At one point, its leaders ruled the world’s largest empire, stretching all the way from Korea to Poland. Since its golden age, many changes have occurred in Mongolia. Just before Adventist Frontier Missions started work in this country, things were changing again. At that time, it was very difficult to find a way to get into Mongolia, let alone live there. The country was undergoing a major governmental shift. Since 1924, it had been under communist rule with strong ties to Russia. When the Soviet Union began to disintegrate, Russia withdrew from Mongolia, leaving behind unrest and upheaval. In addition to the political confusion, the Mongolian people were also caught in spiritual confusion. During communism, religion of any kind was outlawed. After communism fell, people began openly searching.

When AFM missionaries Brad and Cathie Jolly first arrived in 1990, there were fewer than ten Christians and no Adventists in all of Mongolia, but there was widespread hunger for God. Would that hunger still be alive 15 years later? Is the church Brad and Cathie sacrificed so much to start still growing? What does happen to the groundbreaking work our missionaries do after AFM leaves? Cathie and Brad had lived and wandered through the dusty streets of Ulanbaatar, and she shared how God had protected and led during their time in Mongolia.

Their first years were especially trying. The political turmoil and unrest led to food and power shortages. In addition to significant physical hardships, the Jollys faced the difficult challenge of learning the language. Immediately, they were confronted with the problem of inadequate Mongolian teaching materials. While there was a Mongolian New Testament, it was a very loose translation. They knew that, if they were to build a successful church and train believers to continue the work of planting churches, they would need to begin their own translation work.

Brad and Cathie worked for six years seeking to plant the Adventist church in Mongolia where none had existed for decades. Using friendship evangelism, health outreach, translation work, and leadership training, they labored with Mongolians to build a foundation for future growth. When they were forced to return home to the States in 1997 because of Brad’s losing battle with cancer, they had established one church and trained several key leaders to carry on the work. Brad continued the translation work in the States until shortly before his death in September 1998.

Pastor Bold Batsukh was one of the early converts she and Brad brought to Christ. Today, Bold is the only ordained Mongolian Adventist pastor. As we visited, he shared his testimony with me. Trained as a Buddhist monk, Bold initially opposed the Christians that came into his country. However, since he was taking an English major in college, he found himself needing to practice English, so he asked his sister if he could go to one of the Christian meetings she had been attending. She agreed, and he went with her to the Jollys’ apartment.

“I told myself that I was only going to practice English. I wasn’t going to listen to anything the foreigners said,” Bold told me. “When I got there, there were about twenty other people at the meeting. They were very joyful and friendly. After the meeting, I couldn’t wait to come again.”

Bold quickly forgot about practicing English and began asking questions. He found the new teachings practical and very applicable to his life. He began studying with Brad and eventually was baptized. Over the years, Brad groomed Bold for leadership and mentored him. Bold’s relationship with Brad and his newfound love of Jesus Christ instilled in him a desire to take the gospel to other Mongolian cities.

In 1998, after AFM handed the Mongolian work over to the Adventist church, Bold began asking the new mission leader, Dale Tunnell, for permission to go to another city to start a new church. After repeated requests, Dale reluctantly gave his permission for Bold to go. It was a difficult decision. Bold was a key leader in the Ulanbaatar church and at the mission office. However, God made it clear to Dale that He wanted Bold to take the gospel outside the capital city.

Bold headed three hours north to Darhan, a university town less than sixty miles south of the Russian boarder. Using his English degree, he began teaching English at a local college. In a short while, he had a group of students meeting in his apartment for Bible study. It wasn’t long until Bold had a group of believers ready for baptism. These formed the first church in Darhan. One of Bold’s students has gone on to become the pastor of one of the churches in Darhan.

It was plain to see that God was working through them in amazing ways. Through times of incredible joy and deep sorrow, God used them to lay a solid foundation in a country previously unentered by the Adventist church. Not only has the church they started remained alive, it has grown and planted many more churches. Today, there are 18 churches all across Mongolia. Over 730 baptized members meet every Sabbath to worship our Creator and Lord, singing songs written or translated by Cathie and Brad.

Speaking with Pastor Tunnell, I learned that the Mongolia Mission has truly benefited from the work AFM started. “Brad and Cathie really laid foundations for us in three different areas,” he told me. “First, they laid a foundation in the area of leadership. The people they chose to be leaders are still key individuals in the churches today. Second, they laid a foundation in the area of publishing.” Finally, Pastor Tunnell told me that the Mongolian church continues to grow because members use the home-group method of evangelism that Brad and Cathie taught them.

AFM missionaries give many years of their lives to establish solid foundations that enable their churches to continue to flourish and grow after they leave. The work of starting a church where none exists and then training the new believers to continue spreading the gospel to their own people is very difficult, but it must go on. At least 5,000 people groups remain untouched by the gospel, let alone the Advent message. Unless we press on, how will they hear? Unless we go, how will they know? Ask God to show you what He wants you to do to help finish reaching the unreached.