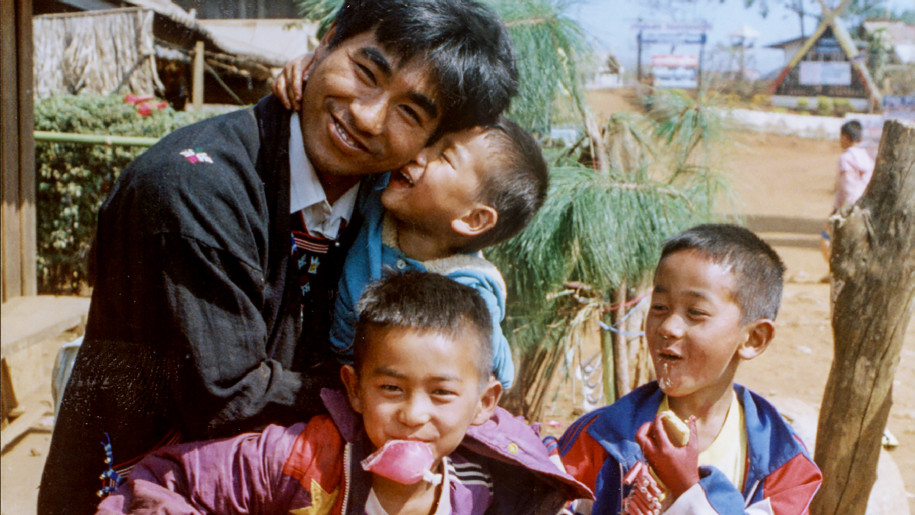 The Mien people in Thailand trace their roots back several hundred years to China, and they preserve many Chinese elements in their culture.

The Mien tribe, also known as the Yao, is scattered over Thailand, Laos, Vietnam and China. In the mountains of Northern Thailand, there are more than a hundred Mien villages with a total population of about 30,000 people. They live in the jungle areas of Chiangrai and Nan provinces where they farm corn, mountain rice and vegetables.
During the planting season, farmers pay for spirit ceremonies in their fields to receive blessing and protection for their crops. This includes the offering of food to the spirits and the lighting of Chinese candle-like incense sticks whose smoke is believed to communicate with the spirit world. This is done in almost every Mien ceremony.
Mien people also raise pigs and chickens for food and ceremonial uses. The women gather edible plants, wild fruits, root crops and mushrooms in the jungles and swamps. Men hunt wild birds, wild cats, snakes, rats and frogs, which also are part of the diet.

The Mien people in Thailand trace their roots back several hundred years to China, and they preserve many Chinese elements in their culture. Their religion is a form of Taoism combined with ancestor worship, and they keep ancient Taoist manuscripts written in Chinese, which they have passed down for generations.
Mien traditional clothing, consisting of a loose jacket and pants of dark blue or black, is distinctive and reminiscent of Chinese styles. Women often wear a black turban, usually decorated with beautiful embroidery of traditional patterns that may take many hours to create. Today, most Mien wear typical Thai clothing and save their traditional outfits for special occasions.

Mien people place high value on cooperation. In harvest time, every family in the village sends laborers to help with the work. If a family gets a reputation for selfishness, others will choose to pay them for any help they offer, but they won’t take part in their harvesting. In a society that relies so heavily on cooperation, a stigma of selfishness can bring catastrophic consequences.

The Dill and Wilson families served as AFM missionaries to the Mien people from 1995 to 2006. They lived in Mien villages, developed relationships and ministered to health needs.