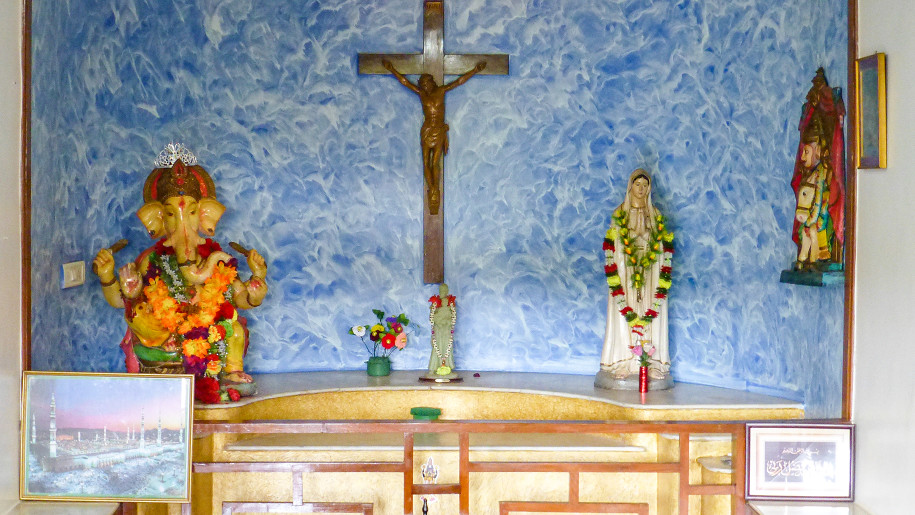 An exotic mixture of Hindu and Christian, Indian and Portuguese, antiquity and modernity, religion and secularism.

Is God calling you to reach out to the Goan Catholics of India?

India’s smallest state, Goa, is located on the western coast 300 miles south of Mumbai and compares with Rhode Island in size but with almost twice as many people. This former Portuguese colony is an exotic mixture of Hindu and Christian, Indian and Portuguese, antiquity and modernity, religion and secularism, surf, sand and jungle. Superb climate, magnificent beaches and modern accommodations support one of the most beautiful and unspoiled vacation spots in the world. Its checkered history includes a bloody 250-year inquisition as well as a reputation as a major trading center, dealing in spices, silks, porcelain, pearls, and coral. In 1961 independence was achieved from Portugal and Goa became a state within the country of India.

By nature the people of Goa are warm, friendly, easygoing, and large-hearted. They live life in style and at a leisurely pace. Although Goans are laid back, they also enjoy sports like football (soccer) and cricket, and are passionate about dance, music, and art. Their main occupation is fishing, though many also promote their hotels, beach resorts, and house rentals, as well as restaurants. Seafood, beef and pork, curry and rice, vegetables and a variety of spices and sauces comprise their diet. Goans are often multilingual, speaking their local Konkani language as well as others. Before independence, most Goans were educated in Portuguese. The majority of the population is Hindu (65%), then Catholic (30%), then the remaining 5% other religions. But the bonds of language and Goan identity are strong enough to allow for different religious persuasions and there is a remarkable degree of tolerance towards each other’s religious beliefs.

Two units are needed to start a church-planting movement among the Konkani speakers of Goa. Currently the Adventist church has two English schools associated with two churches in the English language, and two churches in other Indian languages in Goa. But there is no church in Konkani, the mother tongue of the people of this state. We are looking for two families who are creative and entrepreneurial in their outreach. The approach used in cultivating friendships and making disciples will depend on the gifts and talents of the individuals God is calling, and may involve some level of work in the healthcare field, or in a tourism-related area, or in
graphic arts and promotions.