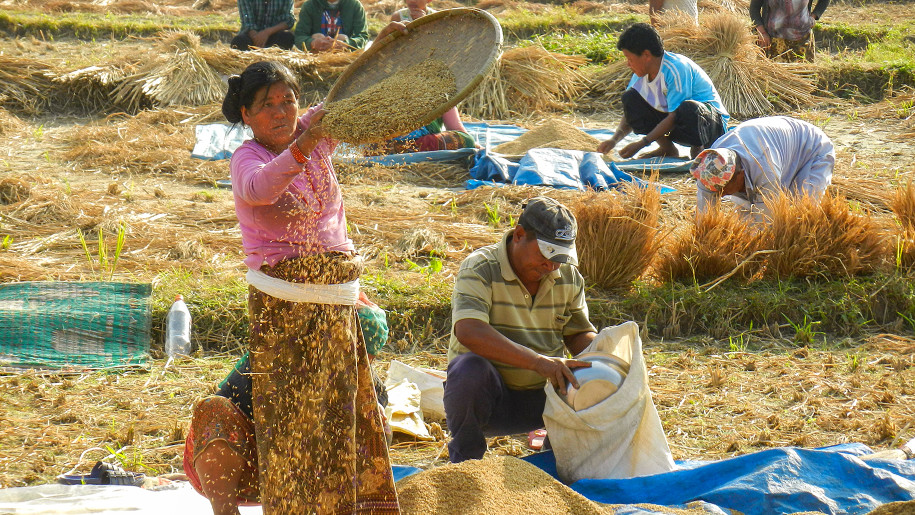 Nepal is a small nation located along the southern part of the Himalayas, between India and China.

Nepal is a small nation located along the southern part of the Himalayas, between India and China. It is home to approximately 400 ethnic groups who speak many different languages and have a wide variety of religious beliefs. Recently, Nepal has been transformed from a monarchy into a parliamentary form of government.

The Huwas Valley in Pashchimanchal, central Nepal, is home to a number of people groups. Some people own their land and have become farmers. Others work as miners, blacksmiths, or basket weavers. They tend to be hard-working, honest, self-reliant, and self-sufficient people. They are very jovial and love to sing and dance. Most Nepali practice Hinduism, sometimes mixed with ethnic religions.

Nepal has long been hidden away and forgotten by most of the world. The government of Nepal is opposed to any form of proselytizing, but most of the time Christians can follow their religion. However, penalties against Christians sharing their faith have been harsh. Many believers have spent long periods of time in prison. Also, there is often more persecution from family members than from the government.

Intercession is the key to breaking down the strongholds over these tribes and seeing them reached with the Light of the glorious Gospel.

AFM missionaries began working in the Huwas valley in 1995. They developed an outreach based in a community clinic that served as the only medical facility in the region. They constantly struggled with political difficulties, and in 2004 as a Maoist insurgency began to take hold, the missionaries were forced to leave Nepal. The AFM Nepali Project is currently suspended. Here is an excerpt from one of their last updates:

The main reason we left Nepal was that we could not procure a non-tourist or temporary visa. Our tourist visas expired on May 26 of this year, and we cannot reenter, even as tourists, until 2005. We felt it was not beneficial to sit around in India or Thailand waiting to see what would happen. When the Nepal government experienced a major turnover on the ministry level, our hopes of a new visa were dashed. Even if we had gotten a visa, what then?

In Huwas, we faced an increasingly dangerous situation. Here is an excerpt from a travel warning from Washington D.C. sent to us via the U.S. Embassy in Nepal on July 8:

This message is being issued to alert American citizens concerning Maoist threats to use increasingly “violent means,” including possible attacks or other actions against American citizens, especially in areas controlled by the Maoists.

Maoist supreme commander Prachanda issued a press statement on July 1, 2004, threatening to use “more violent means” if peace talks with the Government of Nepal are not forthcoming or are unsuccessful. The Embassy has received information that the Maoists may attempt to attack or take actions specifically against Americans as part of that contingency, particularly in regions of the country under Maoist control.

Huwas was almost completely under Maoist control, so it was impossible to work there without knowingly or unknowingly giving them medical services. Our hands were tied. We would inevitably face the ire of the Maoists, the Nepali government, or the United States. We prayed earnestly that if God wanted us to continue our work there He would provide us with visas and we would trust in His protection. If He wanted us to leave, we prayed He would withhold our visas. When no visas came despite our best efforts, we acknowledged the guiding hand of God.

Our hearts continue to bleed for Jesus’ precious children in Nepal. We will keep them in our prayers and stay in communication with our various contacts there. I just made a phone call to Rajendra the other day, and he informed me they have 15 people meeting regularly on Sabbath. We excitedly await the first baptisms.

We cannot express in words the appreciation we have for each one of you for your prayers and financial sustenance. May God abundantly bless you for your willing sacrifice for the Nepali people.

Nepali Project suspended in 2004 due to political unrest and denial of missionary visas.