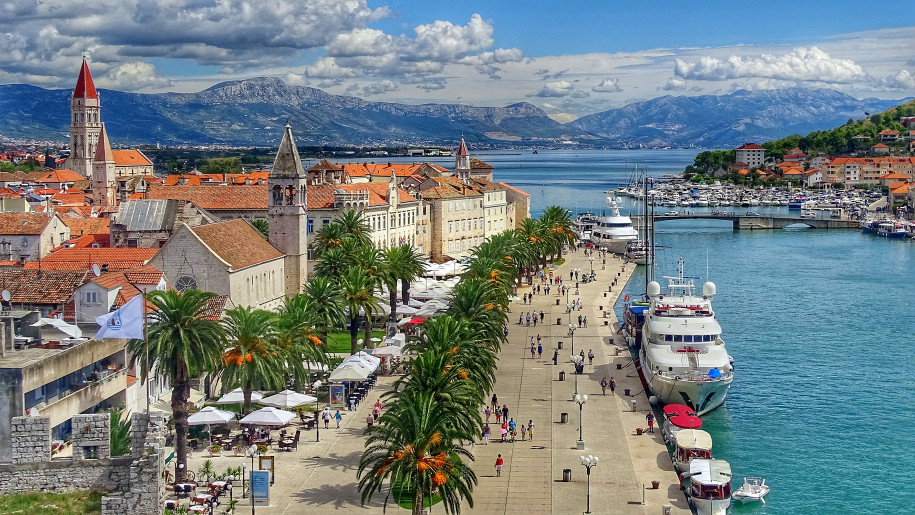 Failing to greet someone in a context that requires a greeting is a serious breach of etiquette.

AFM has ministered to the Hrvati Catholics of Southern Croatia since 2018.

Croatia was one of the six republics of the former Yugoslavia. It shares borders with Italy, Slovenia, and Hungary to the north and with the Federal Republic of Yugoslavia (Serbia) and Bosnia-Herzegovina to the east and south. Croats think of themselves as more closely linked with Austria than with the other territories and cultures of the former Yugoslavia. They do not refer to themselves as a Balkan country but as a European one.

Croatia occupies approximately 21,825 square miles (56,540 square kilometers). Seventy percent of the land is farmland. The inland region has a continental climate with frigid winters, hot, humid summers, and spring and autumn seasons that are often rainy. The area along the Adriatic coast has a Mediterranean climate with mild winters and hot, dry summers.

The population was approximately 5 million in 2000. Croats make up 78 percent of the population and are the dominant ethnic group. Serbs account for 12 percent, and the remaining 10 percent includes Bosnians, Hungarians, Slovenes and a very small number of Jews and Kosova Albanians. The religious makeup of the nation reflects this ethnic breakdown. Roman Catholics constitute 77 percent of the population; Serbian Orthodox, 11 percent; and Muslims, 1 percent.

Since the twelfth century, Croatia has been largely under the domination of others—first the Ottoman Empire, the Austrian Hapsburgs, and then Napoleon conquered Croatia in 1809. After World War I, Croatia joined other southern Slavs in the first Yugoslavia. At first, Croats welcomed the union but soon resented the Serbian monarch. In 1941, when the Axis powers occupied Yugoslavia, fascist Croatia was responsible for exterminating Serbs, Jews, and Gypsies.

In the late 1980s, tension began to build between Croats and Serbs in the former Yugoslavia. Croatia declared independence from socialist Yugoslavia in 1991, leading to a brutal full-scale war that lasted until 1995.

Since the end of the war, crime has increased, and more displaced refugees are begging in the streets. Some older adults lost their pensions when the old system fell. But for the most part, people are coping with the help of family. Since the end of socialism, the country has transferred property and industry from the government to private ownership, and people have been given opportunities to buy their homes.

There is an unofficial class system based on one’s family name and professional status. Economic indicators of high social status include style of dress, material wealth such as a house or apartment in a city, an automobile, a vacation house, and international travel. Less obvious indicators are educational level and occupation. Most high-status individuals speak English well and are likely to speak at least one other European language. High-status individuals are usually Croats. They may be of mixed ethnicity but are members of a predominantly Croatian family. Jewish families are likely to be of relatively high status. Ethnic Albanians are usually at the bottom of the social system, and Gypsies are entirely outside it.

Hrvati people stand close to one another and talk loudly. Strangers stare openly at one another. Using an overly familiar greeting or failing to greet someone in a context that requires a greeting are serious breaches of etiquette. People who are on friendly terms welcome each other more informally and usually kiss on both cheeks. Men and women kiss, women and women kiss, and men kiss other men who are family members or very close associates. Young people are expected to offer the first greeting to older people, and women are expected to greet men.

For many Hrvati people, Catholicism is a symbol of nationality even though they may not attend mass or participate in other religious activities or ceremonies. Most young people are baptized, and most marriages are conducted in a church. Other religions include Eastern or Serbian Orthodox, Islam, Judaism and Protestantism. Since the war, there has been a more visible presence of Protestant missionaries. There is also some interest in Eastern religions, such as Buddhism, among young adults.