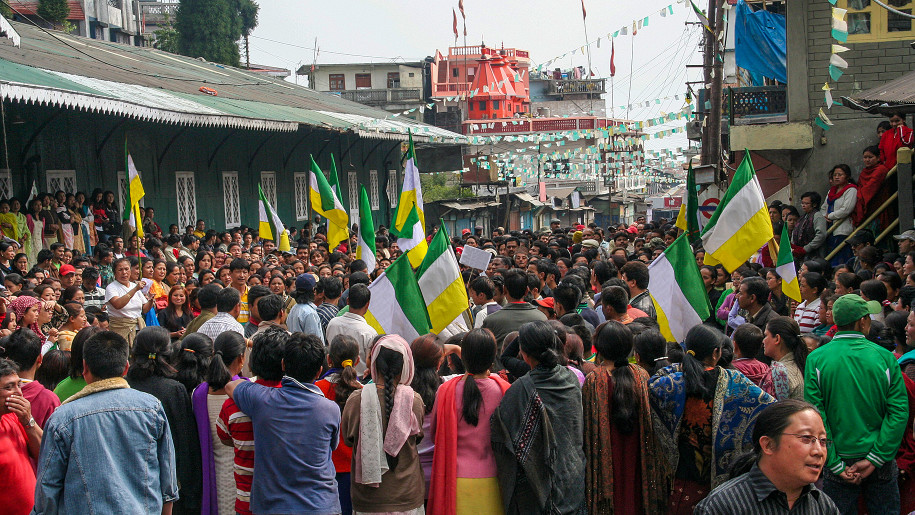 The predominant religion among the Gorkha/Nepali people is Hinduism, but many are also Buddhists.

Ministering to the Gorkha/Nepali people from 2007 to 2013

The Gorkha/Nepalese people live throughout southern Asia. The predominant religion among this people group is Hinduism, but many are also Buddhists. Some are Christians or Muslims. The Gorkha/Nepalese people are divided into more than 50 different sub-ethnic groups, such as the Newars, Thakalis, Rais, Limbus, Tamangs, Magars, and many more. Each group has their own language as well as culture and traditions. The common language spoken among all the groups is Nepali. Some live in the mountains, while others live in the plains.

Nepal is located in the Himalayas, sandwiched between China to the north and India to the south. It is a land of rich geography. The mountainous north has eight of the world’s 10 tallest mountains, including Mount Everest. It contains more than 240 peaks over 20,000 feet. The fertile, humid south is heavily urbanized. Kathmandu is the nation’s capital and largest city.

For more than 300 years, Nepal was ruled by a monarchy of the Shah dynasty. However, a decade of civil war with Maoists and weeks of mass protests by all the major political parties led to the election of a constituent assembly in 2008 that voted to abolish the monarchy in favor of a democratic republic.

With Nepali ethnic sub-groups spread all over Southern Asia, their needs are quite diverse. But they all share the common plight of being almost entirely without a Gospel witness to point them to Christ. In Nepal itself, the years of civil war made cross-cultural missionary work difficult or impossible. Only recently has Nepal begun to reopen to ministry.

The Gorkha Project has been suspended due to political pressures that finally resulted in denial of missionary visas. However, AFM missionaries left a small but thriving church in Darjeeling, and they continue to mentor its leadership and visit it as they are able.

Through the Valley of Death

Though my path has taken me through the valley of the shadow of death, God’s mercy and saving grace shines like the sun.

Weve come to India to help people understand they dont need idols because God is with them and is speaking to them every day. That what is seen is temporary, but what is unseen is eternal (2 Cor. 4:18).

“I‘m afraid this is going to be very difficult for you.“ Though the headmaster wasn‘t talking to me, I felt my stomach tighten. He looked imposing behind his wide, polished desk. He looked at the young girl sitting beside me and said sternly but kindly, “You‘re going to have to work very hard to succeed here.”

These newborn Christians have a fire burning in their hearts. They have that first love the Apostle John spoke of so long ago, and they want to express that love to their family and friends in a meaningful and lasting way.

The Bible tells us that Jesus is the Author and the Finisher of our faith. That tells me that, in my work as a missionary, I neither really start anything in someones life nor finish it. My role is to be a rung in the ladder people are climbing toward God

Only through your financial support and prayers are we able to reach the Gorkha people of India for Christ.

Christianity isn‘t something youre born into like caste. It‘s a choice.

Were very happy to be a part of helping this new baby girl begin her journey in life.

Project closed early due to local situation in 2013