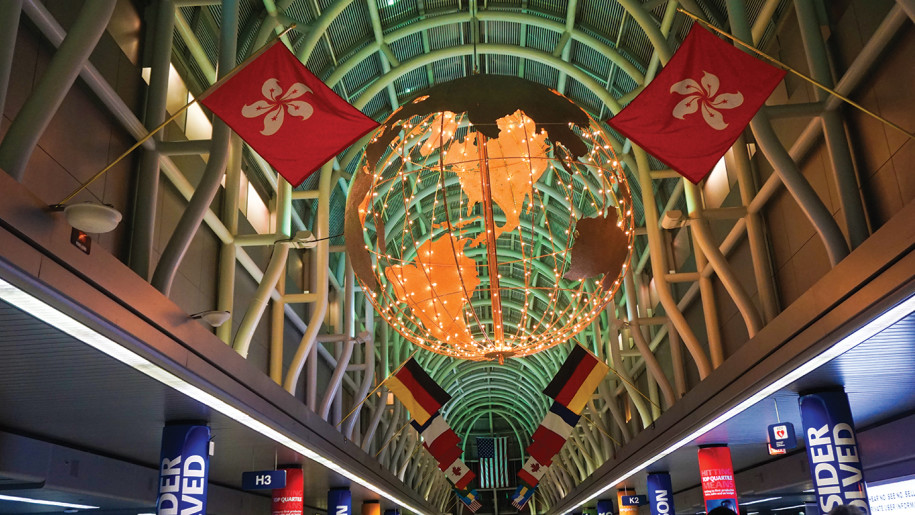 “I walked out of the airport with less than a dollar in my bag. It was that kind of a trip.

My journey began a week earlier with a hike out of the Palawan mountains to secure medical and district clearance for my flight. I forwarded these documents to our contact in Manila who obtained our acceptance letters to be allowed to enter Manila. Then, masked and face shielded, we flew to Manila several days later where we spent two days to get our exit clearance and swab tests. At last we started our +30-hour trip to the States. A friend and I traveled together, enabling us to sightsee during our layover in Istanbul. Thirty-three hours later we landed in Chicago. But the flight was late, and I missed our connection to Pennsylvania, so I had to spend the night in Chicago. That would have been an easier feat if my debit card had been working. But, alas, it wasn’t. After multiple messages with my parents and assistance from an airport agent, I was able to procure a cash card that would cover the taxi, hotel and any baggage fees I had incurred. I wasn’t sure how I was going to get back to the airport in the morning, but decided I would worry about that when the time arrived.

The next morning, I had just enough cash to cover the taxi fare back to the airport. One step closer! Then I needed to pay baggage fees. As I stood in line, I prayed that there would not be an additional tax because I didn’t have enough for that. When the agent quoted me the price, I praised God that I even had enough left over with which I was able to get some breakfast.

When I walked out of the airport in Philadelphia, I had less than a dollar left. God had provided! He had arranged for my parents to be able to help from a distance and get me a room. He provided the kind lady at the hotel that helped my dad to pay the taxi fare and provided again for another flight the next day.
I had felt rather lost as I tried to navigate Chicago. I didn’t really know how public transportation works in this country, and there were no options of just going outside and flagging down a trike. But God is good, and He worked out all the details.

As I spend furlough here, I am again reminded that God will continue to guide and direct and provide for all my needs no matter what side of the world I may be on. So let us “not be anxious, saying, ‘What shall we eat?’ or ‘What shall we drink?’ or ‘What shall we wear?’ For the Gentiles seek after all these things, and your heavenly Father knows that you need them all. But seek first the kingdom of God and his righteousness, and all these things will be added to you” (Matt. 6:31-33).