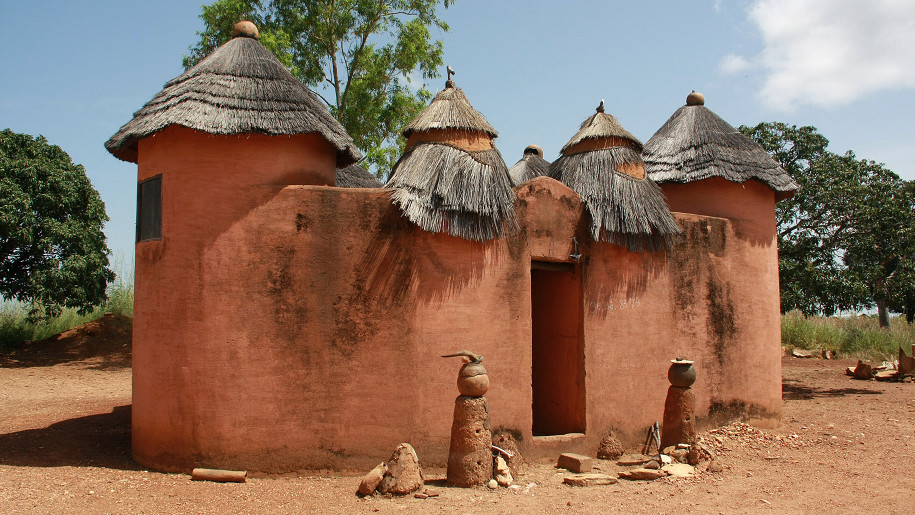 AFM has ministered to the Otammari since 1996.

Illiteracy is high among this group. Many people only read French, the administrative language of Benin. Very few can read or write their heart language, Ditammari. Most cling to animism and ancestor worship and have resisted both Islam and Christianity. Each household has a family altar called the fetish, where the father of the household makes sacrifices and appeals to the spirits of the ancestors. Participation in initiation ceremonies is of the highest importance for teenage boys and girls.

The whole Bible is translated into Ditammari, but it is out of print. However, the Holy Spirit is moving among these people who have traditionally been extremely resistant to outsiders. Evangelical Christians of several denominations have noticed a dramatic change in their openness in recent years.

We live in a noisy world, and sometimes we wonder how we will ever be heard with our message. We don’t have a loudspeaker and don’t plan to get one. We also don’t want to wake people up, at least not literally. We don’t want to engage in a competition of who is louder and who is able to drown out all the other noises. When God met Elijah, it wasn’t in the fire, it wasn’t in the earthquake and it wasn’t in the wind. God talked to Elijah in a still small voice.

One tire became a safety seat for our cook’s baby. Comfortably seated on some old bags in the middle of the tire, the baby can watch everything without falling over.

It was our prayer that the VBS program not only serve as a fun Christmas-break event, but as a steppingstone towards building a relationship with Jesus.

A Picture of Love

Jesus didn’t just come to save adults and show them His love. He also cares about children.

They immediately get to work filling a row of buckets at our water pump. Then they settle down in the shady place we built just for that purpose and start the process: soaping, soaking, rubbing, scrubbing, all the while chatting, laughing, teasing and helping each other.

We don’t want people to make deals with God. We want them to trust God no matter what.

The Case of the Missing Rooster

Someone might very well have stolen the rooster. There are a lot of thieves around. In that case the truth would never be revealed. But there was nothing we could do about that. We left the situation in God’s hands.

His relatives ask him why his God is not healing him completely, but Daniel and his wife have set their minds on Jesus.

One of the twins had been sick often in the past few weeks. I wondered if the sickness had turned deadly.