“Quarter past nine o’clock, night. Finished, through the goodness of Almighty God.”1 These are the words of Tiyo Soga, a South African minister and evangelist, written on the night of one of his greatest accomplishments.

Born in South Africa in 1829, his missionary school teachers perceived

Soga’s high potential. Despite initial academic setbacks with his entrance exam to the local Lovedale Seminary,2 Soga went on to study and earn his theology degree in Scotland at Glasgow University. Returning to his homeland, he set out with his Scottish wife in late 1857 to the town of Mgwali to plant a church in a location recently devastated by famine. Within six months, attendance at the church he helped build with his own hands had gone from three to 150. Despite setbacks, including a tuberculosis diagnosis, a new church facility was built and opened three years later, capable of housing upwards of six hundred parishioners!

Besides planting a church in Mgwali, Soga visited surrounding villages to help them learn of Christ, helping with medical needs and starting schools whenever he was able. In his spare time, he wrote hymns and served on a board for the translation of the Xhosa Bible. In the late 1860s, Soga moved to Tutura, again planting a church and ministering to the families and villages surrounding his central mission station.

So what did Tiyo Soga finish 155 years ago on the night of November 21, 1866, after countless hours of writing? It was an adaptation and translation of John Bunyan’s Pilgrim’s Progress into the native Xhosa language,3 which went on to become “the most important literary influence in 19th century South Africa after the Bible.”4 A single individual, working with a single story, written in a culturally appropriate way, pointed an entire country to Christ.

The close of earth’s history is nigh at hand, yet our Christian work is far from complete. Billions of human lives are still lingering in spiritual famine and are waiting to hear the gospel proclaimed in their language and in a way they understand. They need to hear one story: the story of Jesus Christ, Savior of the world.

You have the opportunity to influence an entire people group for Christ. Will you express your thankfulness to God for His salvation by choosing to share Jesus with them in their language and cultural context? Please contact us today to begin your journey towards mission service.  Be a part of the group that will one day be able to declare, “Finished, through the goodness of Almighty God.” 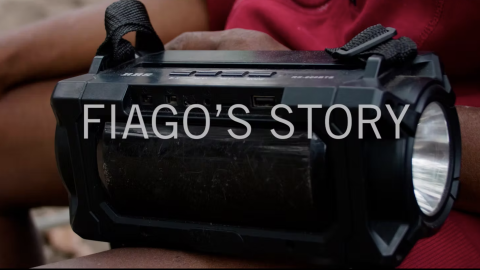 Crisis Upon Crisis: A job Story

During our life, we will have to fight a lot of lions and bears with the help of God so that we can be ready to fight our Goliath. Faith can only grow if we are exposed to faith-growing experiences. Oh, what a wonderful, merciful Savior we serve.

What’s in a Bag of Rice?

As I walked home, it struck me. The rice, this is how they say thank you.

Chiruh - and Her Miraculous Healing

“If you are healed from this without amputating, then we KNOW it was God who healed you. Because human doctors have told us there’s no hope.”