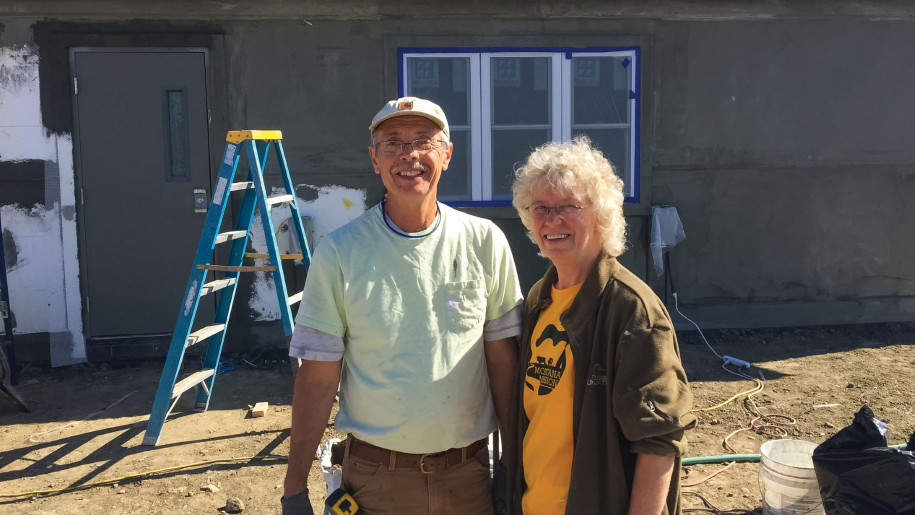 Since returning from Papua New Guinea (PNG) in 2014, Cindy and I have been the typical returned missionaries — unsettled, dissatisfied and transient. In nine years, we have moved seven times. After eight years in a remote PNG village, returning to the American ‘rat race’ was thoroughly anticlimactic. It is not that we do not love America and hadn’t missed our families, but something was different — us. Not a week went by that we did not ask ourselves, “Is this how our story is to end?”

When Dale Goodson asked if we would be willing to “…do something for AFM,” I understood him to mean something promotional, to raise awareness of the unreached. I never thought he meant becoming missionaries again.

In early 2020, Adventist Frontier Missions and the North Pacific Union collaborated to start a pilot project in North America among the Native American communities of the Pacific Northwest. AFM had never before had a project on the North American continent. Three reservations (two in Washington and one in Montana) met AFM’s criterion as unreached. Cindy and I visited all three reservations, but the day we visited the Montana Fort Peck Indian reservation, we knew it was where God wanted us to work. Since then, God has opened doors in remarkable ways, confirming AFM’s decision to start this work and our call back to serving as missionaries.

The Fort Peck reservation is the 9th largest reservation in the U.S., covering about 3,200 square miles. It is home to two separate American Indian nations, the Sioux and the Assiniboine. The reservation lies in the high desert portion of Montana and features a continental climate. Winters are extreme with high winds and subzero temperatures; summers are hot and dry. Annual rainfall is just shy of 13 inches — a far cry from the tropical climate in PNG!

Churches from Michigan, Illinois, Washington, Idaho, and Oregon have worked with the Montana conference as the hands and feet of Christ on the Fort Peck reservation, providing free health seminars, cooking classes, medical and dental clinics, vacation Bible schools and more. Property was purchased, and The Living Hope Center was built to facilitate these programs. The groundwork is now done. Those that have gone before us have prepared the way for a harvest of souls.

Cindy and I are excited about this new chapter in life. We are honored to be part of God’s plan to reach the Native population in Fort Peck for Christ. Many times while we were fundraising for PNG, people would say, “There is plenty of work to do right in our own backyard.” Here is our opportunity. If you would like to be a part of the team to reach Native Americans for Christ, please join us with prayer and financial support and let’s share the hope we have with our Native brothers and sisters.