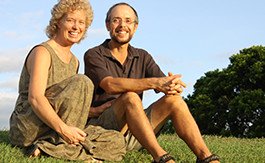 David and Cindy White served with AFM as missionaries in the Western Province of Papua New Guinea from 2004-2012 and then for two years, 2012-2014, as the AFM training center facility manager in Berrien Springs, MI. After a sabbatical of eight years, they were asked in 2020 to start a work among the Native Americans on the Fort Peck Reservation.

Fort Peck Reservation lies in the high desert, the portion of Montana with a “continental type climate.” Annual rainfall is 12.72 inches, and it is correspondingly dry. Winters are extreme, with high winds and sub-zero temperatures. The Fort Peck Reservation is located in the far northeast corner of Montana, on the north side of the Missouri River. It is the ninth-largest Indian reservation in the United States and home to two separate Native nations, each composed of numerous bands and divisions. The Sioux divisions are Sisseton, Wahpetons, Yanktonais and the Teton-Hunkpapa. The Assiniboine bands are Canoe Paddler and Red Bottom. The Reservation is 110 miles long and 40 miles wide, encompassing 2,093,318 acres (approximately 3,200 square miles). Of this, approximately 378,000 acres are tribally owned, and 548,000 acres are individually allotted Indian lands. There are an estimated 10,000 enrolled tribal members, of whom approximately 6,000 reside on or near the Reservation.

Education at the Reservation began with a government boarding school program that was discontinued in the 1920s. Missionary schools were run periodically by the Mormons and Presbyterians in the first decades of the 20th century, but with minimal success. There are now five public school districts and the Fort Peck Community college located in Poplar(1).

A 2001 joint study by a Fort Peck high school and Harvard Medical School found the life expectancy on the reservation was 20 years lower than in the rest of Montana. A more recent report listed the reservation’s top substance abuse concerns as (1) methamphetamines, (2) alcohol, (3) gambling, (4) opiates, and (5) tobacco. The top chronic disease concerns were (1) diabetes, (2) cancer, (3) heart disease and (4) obesity. The report cited contributing factors such as poverty, low education rates, poor diet and nutrition, family breakdown, neglect and hopelessness(2). Montana has a higher suicide rate than any other state, and suicide among native youths 11 to 24 is five times higher than among non-natives. In 2009-2010 the Fort Peck Indian Health Services (IHS) reported that in the Poplar middle school, seven children succeeded in killing themselves, and dozens more tried. The IHS called it a “suicide contagion.” “We’re at a loss,” said Larry Wetsit, a traditional spiritual leader and former tribal chairman(3).

For more than a decade, churches from Michigan, Illinois, Washington, Idaho and Oregon have been working with the Montana conference and the North Pacific Union as the hands and feet of Christ on the Fort Peck reservation, providing free health seminars, cooking classes, medical and dental clinics, vacation Bible schools and more. A property was purchased, and a building named ‘The Living Hope Center’ was built to facilitate these programs.

David and Cindy White will help coordinate these events and, by God’s grace, deepen established relationships by studying the culture to identify and biblically answer their spiritual questions, provide an ongoing discipleship program and identify and train local leaders to prepare their people and others for a soon coming Savior.

Community is important. God made us relational; we need each other.

Circumstances on the reservation are pretty glum, and hopelessness is endemic. But I know there is hope.

The enemy of God and man does not want this center to open, and I am reasonably sure this recent delay will not be the last bump in the road.

As White Horse Woman turned to leave, she said, “Be safe little white rabbit. I will never forget you.”

“The greatest want in the world is the want of men—men who will not be bought or sold, men who in their inmost souls are true and honest, men who do not fear to call sin by its right name, men whose conscience is as true to duty as the needle to the pole, men who will stand for the right though the heavens fall” (Education 57.3).