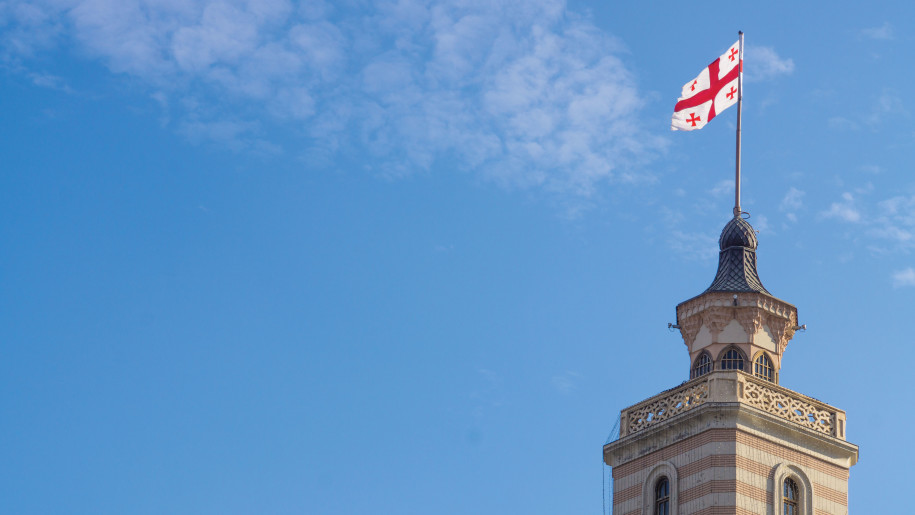 “How do we find a person of peace?” I asked, pausing to catch my breath. I sat down feeling exhausted. It was our second day in Georgia, and I was incredibly thankful that we had our field directors Brenda and Sean with us for a few days. While Cristian and Sean were on a cross-country day trip, Brenda and I kept each other company as we cleaned, unpacked and took care of the kids.

Many times before, we had discussed the crucial mission step of finding a person of peace (i.e. person who can open doors that are otherwise closed). But now that we were finally here in Georgia, I was wondering how that would be possible when we could barely articulate a few words in Georgian.

Brenda smiled and picked up the baby, who was starting to fuss. “Remember, a person of peace has a lot of qualities, but what you have to look for is generosity.”

“Interesting,” I replied. “Why generosity, out of all qualities?”

“Many people will become interested in you at some point. Some of them will try to befriend you because you have something to offer, and they want whatever you are giving. But a person of peace won’t seek your company for selfish reasons. They will be generous. That’s how you will know this person will be able to facilitate your outreach.”

Brenda’s words have stayed with me ever since. Though I didn’t have a trained eye for persons of peace, I decided that at least I should have an open eye.

Let’s just say that my eye didn’t even twitch at the sight of Armad, our landlord, the next day. A solid, intimidating man with a cigarette jutting from the corner of his mouth, his appearance didn’t exactly scream “person of peace.” However, when our translator mentioned that Cristian’s back was not happy with our sagging mattress, Armad had a brand-new one delivered and installed in five minutes. We were so surprised, we didn’t even have the heart to tell him he replaced the wrong one.

A few days later, we met Armad outside on our way to a short walk. This time, he tried a few words in English. “I know park. Good park.” And he pointed at our son. Somehow we figured out that he wanted to take us to the park in a taxi, but we had to politely decline because it was getting dark. The last time we had tried to be adventurous at that time of day, we suspected our cab driver was slightly inebriated, and we promised each other never again. The next time we met Armad, he treated our son to some candy.

Over time, Cristian had more and more conversations with Armad. It’s still a mystery to me how they were able to communicate using English, Russian, a few words of Georgian and Google translate. We soon found out Armad was a businessman with ties in a few countries. That started to make sense one day when he spotted us going for a walk without face masks. “No have mask?” he asked.
“The pharmacies are all out of masks,” Cristian smiled.

Armad gestured for us to wait. Then he went to his car and came back with a handful of masks—the good kind. “In Georgia you need mask. Georgia people sick,” he said, lowering his own mask to light a cigarette.

I chuckled inwardly at the irony, but I felt very grateful that Armad was trying to help us. That’s when it clicked: “Generosity,” I whispered to myself. Could it be?

The next week, it didn’t come as a shock when he offered us the bigger apartment next door for the same price we were paying. Though very grateful, we had to turn down the offer since we were going to move out in less than two months anyway.

One day, we were taken by surprise when a stranger showed up at our door asking for a vacuum cleaner. Soon we figured out that Armad was actually the one who needed to vacuum to clean his car.

After sending the vacuum cleaner downstairs, we paused. “So let me get this straight,” I thought aloud. “Armad can talk without Google translate with every other person in this building. He drinks and smokes and laughs with all the men here every week. But when he needs something, he goes to the foreigners who live on the top floor?” Cristian laughed. It didn’t make much sense to him either, but we decided that, regardless of the reasons behind it, we were glad to be the people from whom Armad felt most comfortable asking a favor.

Last month, at the end of the COVID-19 lockdown, when Cristian broke the news to Armad that we would be moving to another city, Armad proved himself invaluable again. Our car had a broken seatbelt, and after a few frustrating hours spent trying to fix it, Cristian was ready to give up. When Armad showed up with some friends in a cloud of cigarette smoke, Cristian was able to explain that he needed a specific wrench. After a good laugh at our kids’ car seats (why would we use those when we have perfectly good arms?), our resourceful landlord sent someone to the auto repair shop next door for the needed wrench and fixed the seatbelt in less than 10 minutes. This time it was clear: He knew we were moving out. We wouldn’t be providing him any more profit. Still, he helped us as usual. Generosity.
Before we left, we debated how to express our gratitude to Armad. We decided on chocolates, since the most common appreciation gift, wine, didn’t seem appropriate.

When Cristian returned from delivering the gift, I almost jumped at him. “How did it go? What did he say?”

“Do you think we’ll ever get a landlord like Armad again? I certainly hope so,” I sighed.

After weeks of inquiring about rents and reading all kinds of horror stories about landlords on expat groups, I was starting to get nervous.

Then one day, Cristian’s phone range. I saw him smiling as he spoke with the caller. “It’s the landlady from our new place,” he told me. “She is asking when we are moving in, because she wants to get the carpets cleaned for us.”

I sighed again, this time with relief. Finding a person of peace sometimes feels like a long shot. But then sometimes they find you, appearing when you least expect them. Generosity. That makes me think that I want to be a person of peace, too.

I have made all kinds of mental scenarios for the moment we finally meet Jesus. But in the most recent one, we are surrounded by people like Armad as we enter the pearly gates. And in that moment, Jesus smiles, we lock eyes, and He says two words: “You good.”