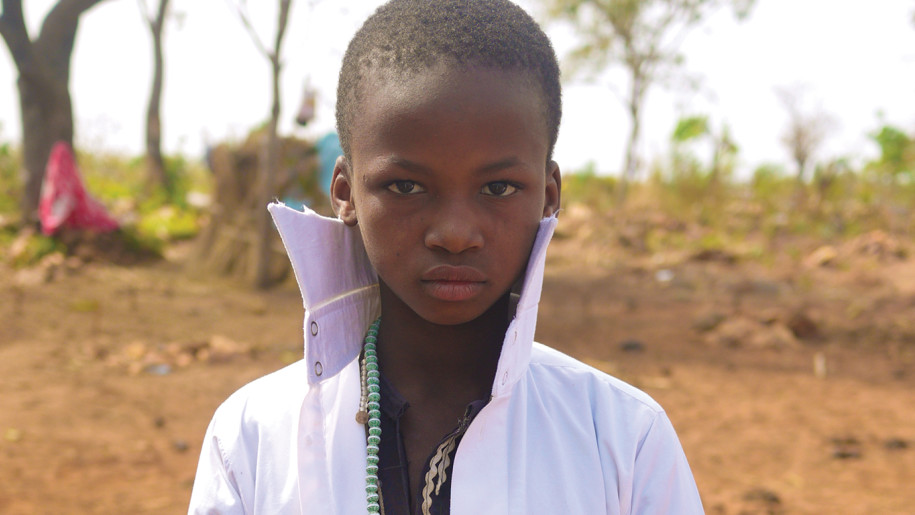 “I have killed several people through sorcery,” Bienvenu said. “One of them was a lady in our village.”  This matter-of-fact statement came from a small, thin boy only 12 years old.

Bienvenu (meaning welcome) is the first son of one of our church members, born to her long before she had become a Christian. Bienvenu had been living with his father since he was four years old. At that time, his mother left for another man. He never knew if he was going to eat that day, and no one really cared what he did or where he went. He did attend school, but at 12 years of age, he still couldn’t read or write—his teachers simply passed him through the system as he disguised his inabilities by picking up coping mechanisms so that as he sat in a class of 40 or 50 pupils, the teacher wouldn’t notice.

I noticed the problem almost immediately and caught him repeating what others were saying so fast that one would think that it wasn’t a repeat. Amazingly, he could also copy text speedily off the blackboard—with the lettering completely accurate! I decided to teach him reading, yet in my observations, I noticed that he didn’t remember much and performed far below the cultural norms. We seemed to be going over the same thing and not advancing.

Not long after that, the teacher in the local school—who conducts sorcery herself—told his mother that Bienvenu had a problem writing responses during exams. His mother, who previously had been delivered from a sorcery demon, realized that he had spiritual problems because he told her that he saw things and had visited places to where he physically had never been. Fidel, my husband, made plans to pray for the boy.

Soon after the prayer, Bienvenu told how a neighbor lady had given him some specially-dedicated food, and being a hungry young boy, he ate it. But by eating it while not under the protection of God, he was possessed by the demon who continued to control him for a number of years. This is why he couldn’t move forward in school; the demons had been blocking him. He told how, through sorcery, he had attended secret meetings at night and had traveled to towns which he had never physically visited. Bienvenu explained how he had killed several people through sorcery during his time living in the village. He had been working for us during the summer and on Sundays, and during that time, we had lost many animals. He said he had been the one killing them through sorcery.

“I want to be delivered,” Bienvenu said. He then prayed to accept Jesus as his Savior. Fidel then rebuked the demons in the name of Jesus, and Bienvenu fell on the floor. He said the demons left when he woke up because he saw a black figure leaving him. They prayed again. Fidel prayed for him off and on for the next few weeks and then had another prayer session with Bienvenu during which he was freed again.

Things were better for about a month, but then the demons decided they couldn’t let him stay in a Christian home where he would be free from them, so they pushed him to leave his mother’s house and return to the town where his father resided. Bienvenu was seen occasionally by a few people but he was back to wandering around again. The demons possessed him once more, and we couldn’t contact him. Friends, sorcery is real and dangerous—it isn’t only something for movies. Sorcery controls people and what they do and how they act. It is from Satan, and he is thrilled about destroying the lives of as many humans as he can.
Please pray for Bienvenu to be delivered permanently from the power of Satan and enjoy freedom in Christ.