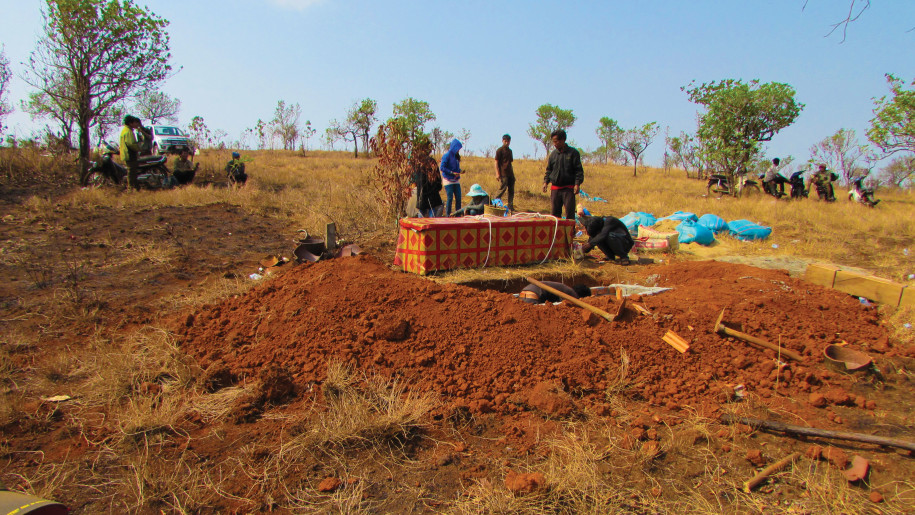 Do you remember reading in Acts 15 how the apostles and the elders had to decide how to include the Gentiles as Christians? Well, we had a similar experience just the other day with our new believers.

We have had several deaths recently that have directly or indirectly impacted our new believers. There has been a lot of pressure put on them by their non-believing family members to offer sacrifices on the day of the funeral and the seven-day and 100-day ceremonies. Most Pnong people can understand burying their family members as that is also part of their beliefs and ceremonies. However, for the benefit of the new believers and their unbelieving family members, it is crucial for them to explain multiple times that they will not be offering sacrifices and why it is unnecessary. The repeated explanations provide reinforcement for all.

When we had our meeting about what the new believers should and should not do, Noy’s family wanted him to offer sacrifices for the seven-day ceremony for Ma Ceort’s death. Another believer in Puneeh village, whose sister had passed away suddenly, had non-believing family members who helped bury the body but were in quarantine until the seven-day ceremony. Nobody in the village would go near the house for fear of the wrath of the spirits. Only our believers would go near and take them food. So we decided to set these guidelines for our new friends.

Before the seven-day and 100-day ceremonies, explain to your family that you will not be attending the ceremony and why. It is confusing to the non-believing family members when new believers join the church and yet attend the ceremonies. Because by attending, they are giving the appearance of supporting the animistic beliefs of their ancestors. Keep in mind that anything used in the deceased’s house before the seven-day ceremony will be burned on the seventh day, house and all. Because of this, we have told the family members that they should take food and other cooking supplies (as they are financially able) on the eighth and 101st days to help the family get a new start in life.

For non-believing family members who are in quarantine until the seven-day ceremony, we encourage our believers to take them food so they can have something to eat. All fruit must be perishable. Any meat taken to them must be from an animal that has already been killed and at least partially prepared, such as plucked and field-dressed chickens. These regulations prevent the items from being saved and used later to sacrifice to their gods.

When the family is destroying the old house, do not help. This might seem harsh, but by helping, our believers would show that they support their family members’ animistic beliefs. However, when they rebuild in another location, our members are free to help with the construction because it would not be associated with a belief in the spirits.

We encourage our believers to be obedient to God’s law by honoring their father and mother. We want them to love and respect their parents as long as it does not contradict what honors God. My eyes are now open to what others think when they see me attend ceremonies, and it has caused me to rethink how I conduct myself here in Cambodia and its impact on those around me. Please keep our new Pnong brothers and sisters lifted up in prayer, as the journey can be difficult.

Jesus is calling you to take the everlasting gospel to the unreached people of the world.  You need not be afraid.

To Be Living is Sublime

Together let us remain faithful to the task before us as believers: to spread the everlasting gospel to the four corners of the world.

Rejoice . . . always! What “pressed down and running over” blessings will you share with others?