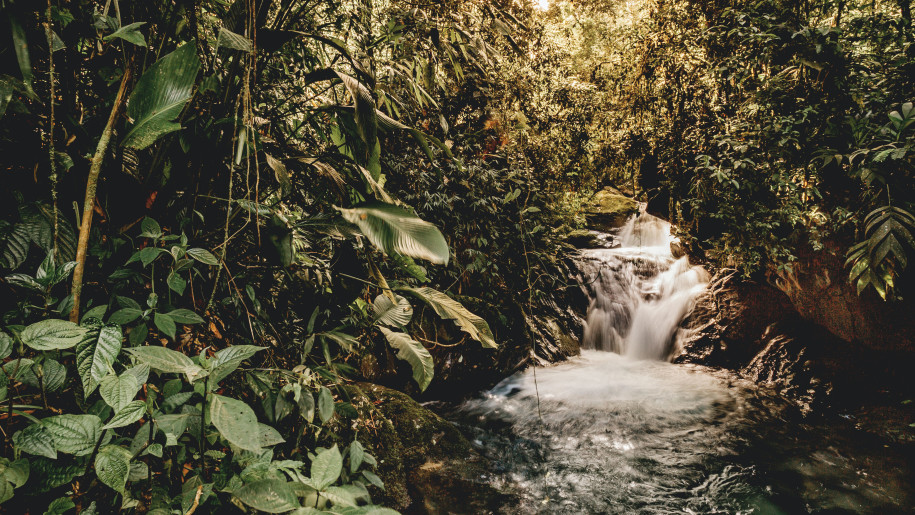 His name is Jikli, but sometimes he introduces himself as Anday Jikli (literally “No Jikli”) because everyone is always telling him no. With his abundant six-year-old energy, Jikli has found plenty of opportunity for mischief. The first I heard of Jikli was the story of how, when a student missionary left his padlock outside, Jikli used it to lock him into his house.

I quickly learned that if I wanted to keep Jikli out of trouble around the clinic, I had to give him a job to do. Even just holding one side of a paper while I cut down the middle, or pressing down on the stapler helps him feel useful and keeps his hands busy.

Jikli has two younger siblings: his sister Ayin, age four, and five-month-old Judah. For several months, their family lived in the birthing house behind the clinic. They came from a far village for Judah’s birth and ended up staying so that the mother, Nerida, could receive a long course of antibiotic treatments for advanced tuberculosis. She tried her best to be a mom for her kids, but most of the time she didn’t have the energy to do anything but yell at them to come back.

Often in the mornings when I went to assess Nerida and give her the morning medications, I would find little four-year-old Ayin carrying around her baby brother in a sling wrapped around her shoulders. Such a strong little girl! Once as I was doing chores in the clinic, I heard a baby crying. Sticking my head out the front door, I saw Ayin, fully naked, with a bar of soap in one hand and her sudsy, crying niece in the other. Ever since student missionary Sanya Miller showed the kids how to bathe using the hose in front of the clinic, Ayin has been trying her best to keep her little family clean. After returning the tearful toddler, she came back to finish washing herself and the clothes they were wearing. She even tried to wash me! I let her wash my hands and feet but stopped her when she tried to wash my watch.

No matter how strong and determined, a four-year-old girl can be a mother only so long before she needs to be a child again. There’s nothing Ayin loves more than to be cuddled. One day when I was studying some new Palawan words, she sidled up to me with a sheepish grin and climbed into my lap. After an hour or so, she was still hanging around, so I decided to take her down to the creek for a play break. When we got to the water, she refused to be set down. In the shade I found a rock where I could sit and let my feet dangle in the cool water. There’s a song by Melissa Otto called “I Want to Take You Home” that expresses God’s deep desire to protect His little child from everything in this world that can hurt them. I started singing this song to Ayin, and she buried her face in my chest. As I rocked her back and forth, my heart was so full but so heavy. I could show her God’s love for a moment, but I couldn’t protect her from the inevitable. Her mother Nerida’s health was deteriorating despite the medicines. The family planned to return to their village soon, and without supplemental oxygen, Nerida wouldn’t last.
Not long after that, we received the sad news we knew was coming.

Our hearts break for these kids we have grown to love—mischievous Jikli, big-hearted Ayin and baby Judah. We know they have their father and other family to take care of them, but we wish there was more we could do to give them a better life. We are thankful for the opportunity we had to love them while they were with us. Please pray for us as we continue to share God’s love with the people of Palawan in whatever precious time is given to us.