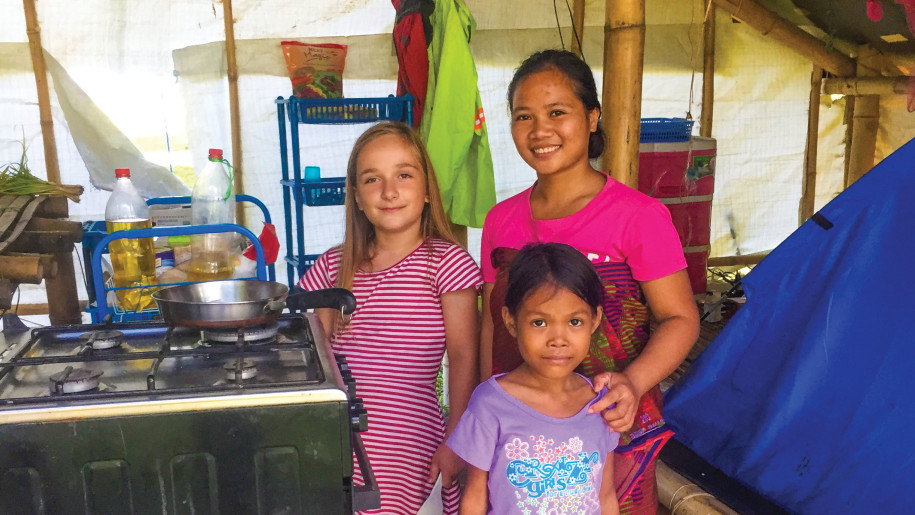 Worms came out of both ends of this 9-year-old, 40-pound little girl. But that was not Maylin’s worst problem. Her fever, painful joints, heart murmur, rapid breathing and elevated heartrate pointed toward a diagnosis of pneumonia, rheumatic fever and rheumatic heart disease (RHD). Andre, one of our student missionaries, easily carried her frail little body from our clinic in Kemantian down the mountain to us in the lowlands for further medical examination in the hospital. I was out of town on a trip to Puerto, so another short-term missionary, Ivan, met Andre at the trailhead and took Maylin to the provincial hospital where she was admitted. I met her the next day when I returned. The x-ray machine at the provincial hospital was broken, so I helped Maylin get x-rayed at another hospital, and then we returned to the provincial hospital with a print of the film. Though I am not a radiologist, Maylin’s heart definitely looked enlarged to me. I sent out a prayer request for her. RHD causes permanent damage to heart valves. It is caused by complications of untreated strep infections. It is rare in the United States because quick application of antibiotics usually stops it from developing. But the people here are poor, and doctors and hospitals are much fewer and farther between. So the poor children get sick, suffer and sometimes die.

I was thankful for the many prayers that went up for little Maylin. I knew the prayers were ascending because I saw God’s miraculous hand at work. As I visited her in the hospital each day and prayed with her, she slowly started feeling better. After about a week she was released, and we took her to a pediatrician at a private hospital for further diagnosis and treatment of the suspected RHD. The pedestrian called a pediatric cardiologist who gave her some recommendations for medication. They also gave Maylin a de-wormer. They recommended that Maylin have a 2D echocardiogram, which was available only in Puerto. About two weeks later we were able to take Maylin to Puerto for the 2D echocardiogram. Because of the COVID-19 lockdown, the pediatric cardiologist couldn’t come from Manila, but she was able to see live images of the scan via video conferencing. Afterwards she talked with Maylin’s mother in Tagalog and then with me in English. She confirmed that Maylin has RHD. Further testing showed markers of inflammation, so she prescribed additional medication for Maylin. Maylin will need shots of Penicillin G every 21 days for years to come to prevent further heart damage from strep infections. I was thankful to God for blessing us to meet a kind, competent and thorough doctor.

Another patient named was Bambo also with us in Puerto for mediation. He was not yet discharged from the hospital, so Maylin and her mother had to stay in a hotel room in Puerto while we waited for Bambo to be released. I got to visit Maylin and her mother, bring them food, and help them with the fairly complex medication schedule. They were amazed at the effort, time and money we were willing to spend to help them. I told them about you, our donors. I said that we have a team of people in America who want others to know that God loves them, so they sent us here to help.

After about a month here in the lowlands, Maylin and her mother returned to their home in the mountains. I was a little sad to see her go, but happy that she was feeling better and could return home. I wish you could meet Maylin. I pray that you will meet her one day soon in heaven!