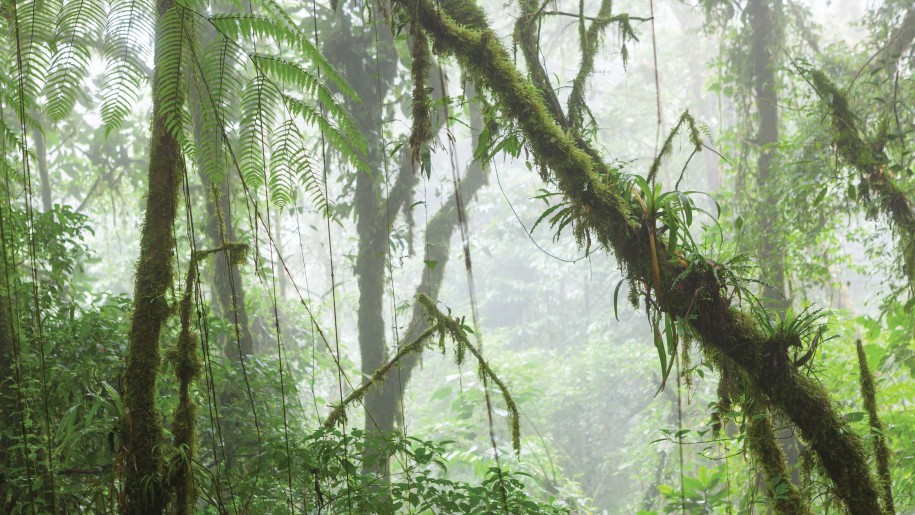 Bang! Bang-bang-bang! Shots rang out it rapid fire, shattering the serenity of the jungle. The bullets tore into Akluman’s arm, shoulder and back. Bleeding and in terror for his life, Akluman fled to safety with the help of his wife. Two or three days later, he reached out for help from the local missionaries, and I met him when he arrived by helicopter at Mountain View Farm. Then I rushed him to the hospital.

Accompanied by the second of his two wives, Nena, who was five months pregnant, and two of his numerous children, Akluman caused a bit of a stir at the hospital. They were from deep in the jungle near Kebgen, 12 to 16 hours away. The children were dirty, nervous and hungry, and they were sick with worms. They didn’t have proper names, only nicknames. The younger boy they called Didi (Nursing One), and the older one they called Anak (Son). They said that Didi was eight years old, but he looked and acted closer to three. By God’s grace, we got food for them and medicine for their worms. Soon little Didi was calling me Maman (Uncle). I was happy that God was using me to be a blessing.

Miraculously, none of the bullets hit Akluman’s major organs or arteries, but he was admitted into the hospital and started on antibiotics. I heard parts of his story twice as he related it to the hospital staff and then to a police officer. Akluman did not know who had shot him but thought that someone was jealous of Nena and wanted to take her from him. The next day, I visited Akluman and found him doing fine. His only complaint was pain in his shoulder where a bullet was still lodged.

On Thursday morning, I was surprised to receive three phone calls from Akluman, so I went to visit him at about 8:30 in the morning. When I arrived, he motioned nervously toward a large man standing by the nurse’s station across from his room. Not understanding why Akluman was worried, I approached the man, thinking perhaps he was a police officer come to further investigate the attempted murder. But as we began to speak, I immediately got an uneasy feeling. The man didn’t want to answer my questions about his business with Akluman. “What, are you an investigator?” he snorted, and then he began to pepper me with questions instead.

“Sorry, but I’m busy,” I said and proceeded into the next room where one of my other patients was. Wanting to stay near me, Akluman followed me in, and so did the large man! “You can’t be in here,” I told the man. Praise the Lord, he left. I then called Pastor George who promptly came to assist us.

After that unsettling encounter, Akluman was too afraid to stay in the hospital, so the doctor agreed to discharge him to our Mountain View Farm and let me give him the three remaining doses of IV antibiotics. I stayed in Akluman’s room with him while the nurses prepared for his discharge. Feeling my need for Jesus with the stress of that morning, I opened my Bible to Joshua 1:9. “Have not I commanded thee? Be strong and of a good courage; be not afraid, neither be thou dismayed: for the LORD thy God is with thee whithersoever thou goest.”

Akluman came over to where I was reading the Bible. Though I am still a beginner in the language, I was able to tell him God’s message in that verse. Then we turned to Psalm 91. Using my few words and some pictures I drew, I shared with him the beautiful message there; how God is our fortress (verse 2), how He wants to protect us like a mother chicken (verse 3), how He wants to protect us from the arrow that flies by day (or, in Akluman’s case, the bullet) (verse 5). Verses 9-15 share the secret of how these blessings come to us. I encouraged Akluman to pray to God, worship Him and seek His protection.
So Akluman and his family came to stay with us at Mountain View Farm. But, sadly, their troubles were not yet over. On Friday morning, Nena had a miscarriage and needed a surgical procedure to stop the bleeding. Despite her fear, she agreed to go the hospital. Praise the Lord, we were able to send her to another hospital where she could avoid the strange lurking man. Then she was released back to Mountain View Farm.

On Sabbath before church, we stopped to check on our patients at the farm. What a joy and blessing it was when Akluman and Didi came to church with us! Near sunset, Akluman joined us again for worship at the farm. I was blessed and thankful that I could share of the love of Jesus for us and His power to save in one of my favorite passages, Zephaniah 3:14-17, while one of our local missionaries, Naphtali, translated for me.
Please keep Akluman and his family in your prayers. Please also keep the village of Kebgen in your prayers. God is at work. There is a small church plant there, and Leonda George is making efforts to open a school as well.

Thank you so much for your prayers and support. You are making a difference in the lives of the unreached in Palawan.