The Ebola virus has recently been transmitted across borders to the country of Mali, adding to the number of West Africa countries now in the Ebola hot zone. Sierra Leone and Liberia are the most active for transmission, while Guinea still struggles in several of its provinces as well.

Adventist Frontier Missions (AFM) continues to monitor health reports from the Centers for Disease Control (CDC), World Health Organization (WHO) and Doctors without Borders to ensure the safety of our missionaries. Some local operations are being restricted in order to minimize the possibility of exposing AFM personnel to this disease, and missionaries are encouraged to follow all appropriate safety protocols should they encounter anyone sick.

Most AFM missionaries teams in West Africa are currently living in regions that are clear of any active cases of the virus and none of them live in local areas of active transmission. This particular strain of Ebola—a hemorrhagic fever with flu-like symptoms—causes death in about 60 percent of those infected. The Ebola virus is transmitted through bodily fluids of infected people.

We urgently request your prayers that God will continue to protect our missionaries and the people they serve, and that this serious outbreak will soon pass. In particular, please pray for the Lovitts who have recently had to confront the growing threat caused by this outbreak when they unknowingly received care at a reputable clinic that had previously cared for an Ebola patient.

To view a crisis map of the Ebola outbreak in West Africa, visit the CDC — Outbreak Distribution Map. 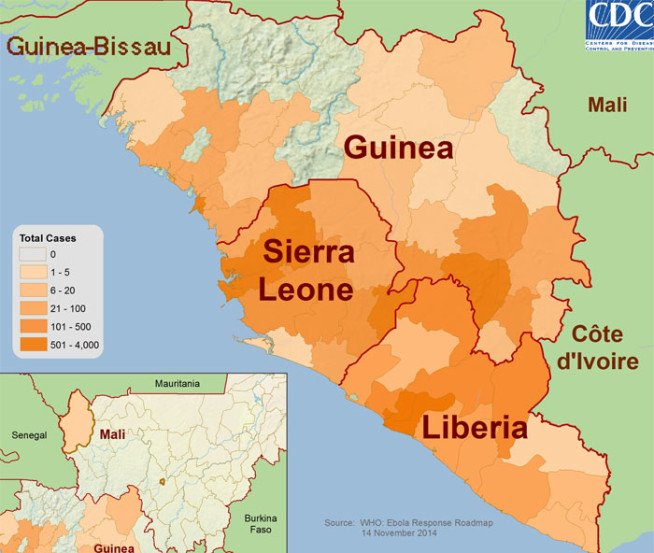