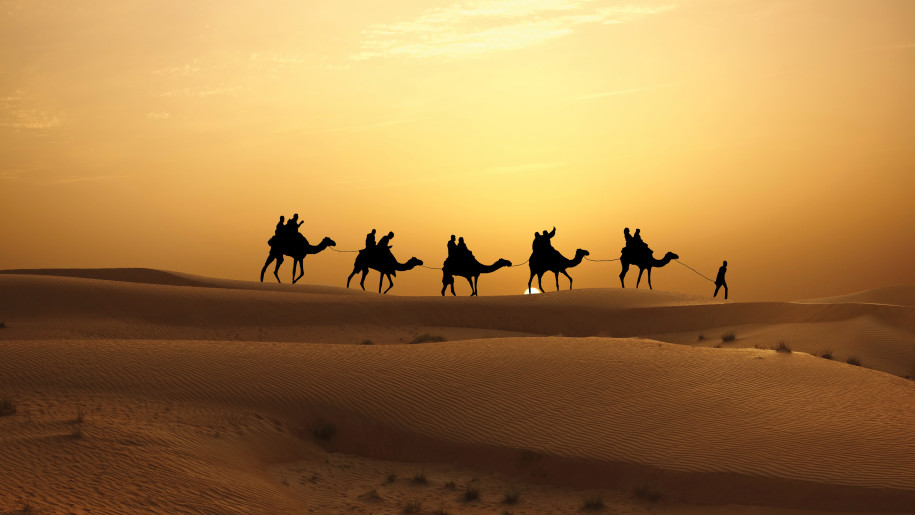 $68 trillion. In the largest transfer of wealth in history, US baby-boomers are expected to pass down $68 trillion to their children over the next 20 years. Adventist baby-boomers are caught up in this generational wealth transfer. Mortgages are paid, professional goals achieved, children have flown the nest…but what now? Is this all there is to life? God invites us to slow down, to refocus, and to reprioritize. In Abraham, we find our example.

God called Abraham out of Ur of the Chaldees, a sophisticated urban civilization, to journey to Canaan (Gen. 11.26-28, Acts 7.2-3). In response, Abraham journeyed up the Euphrates before settling in Haran, only partway to Canaan. He had not yet accomplished God’s purpose for Him — to reach the Promised Land. Yet, he was “stuck” waiting for his father (Terah) to die before he could move on. How did Abraham respond?

First, he honored his family. Sarai (his wife) was Terah’s daughter by another wife, so Abram was both Terah’s son and son-in-law (Gen. 20.12). In the compound were 3 generations (Terah, Abram and Lot), and inter-generational families can be a source of both joy and difficulty. Terah and Nahor worshipped other gods (Josh. 24.2). Yet, Abram lived at peace with his spiritually divided family and honored his pagan father by standing by him until his death. Likewise, baby-boomers have complex families, many with elderly relatives. We demonstrate our walk with God by honoring our families, no matter how complex they may be. To love and care for our declining parents is to honor the 5th Commandment. So, we are not “stuck;” rather, God has fashioned us into strong pillars, able to support and honor those in our family who are physically or spiritually weak.

Second, Abraham deepened his walk with God. He and Sarai were old and childless, but they didn’t participate in any of the pagan fertility rites. Abraham was faithful to God’s call, which appeared to be going nowhere while they were seemingly “stuck,” Sarai having left her childbearing years behind. Likewise, when it appears that we are “stuck,” God is inviting us to a deeper level of trust than we have experienced before. There is no record of Abraham building altars prior to being “stuck” in Haran. After Haran, they appear regularly (Gen. 12.7, 8; 13.18). Abraham grew during this time — and so may we. Rather than asking “Why, God?” when it appears we are “stuck,” we could be asking, “Lord, what are you teaching me? How do you want me to grow so I can thrive in the next chapter of my life?”

Third, Abraham prepared for the future. Canaan was a chaotic mixture of demon-worshipping tribes, competing city states, scheming kings, shifting alliances and bloody battles. Abraham prepared for what he knew lay ahead by training and equipping his household for war — 318 men were trained for battle (Gen. 14.14). Being “stuck” may be a blessing, given that we may prepare now to conquer whatever giants we will face in the next chapter of life. God may be giving us time to build savings for unexpected expenditures; to invest for our retirement; to rest and recover from the rat-race of life and frenetic careers; to recover from the abuse we have put our bodies and minds through; or to be spiritually, financially, emotionally, physically and intellectually ready for the next chapter of life.

Which brings us back to wealth transfer. Beyond financial estate planning, Adventist baby-boomers have incredible spiritual maturity, gifts and wisdom. How will that true wealth be passed on? Again, Abraham is our example. He left Haran for Canaan, and shone as a spiritually mature ambassador for Christ among the lost. At AFM, we are also looking for spiritually mature baby-boomers who can move by faith beyond the comfort of their Haran to a land and people God has prepared them for, where they can shine for Him. Interested? Pray about serving as a Platinum Missionary — on one-year recurring service cycles, and pass on the greatest wealth of all — the Everlasting Gospel.

Give Time to Time

Trying to prove how powerful he was, the healer started predicting things that would happen to Amina’s family, and she became afraid to return home.

Working in a broken country has caused me to be confronted with my own broken condition. Seeing this brokenness in others reminds me of my own, which leads me to seek the healing that only Jesus can give.