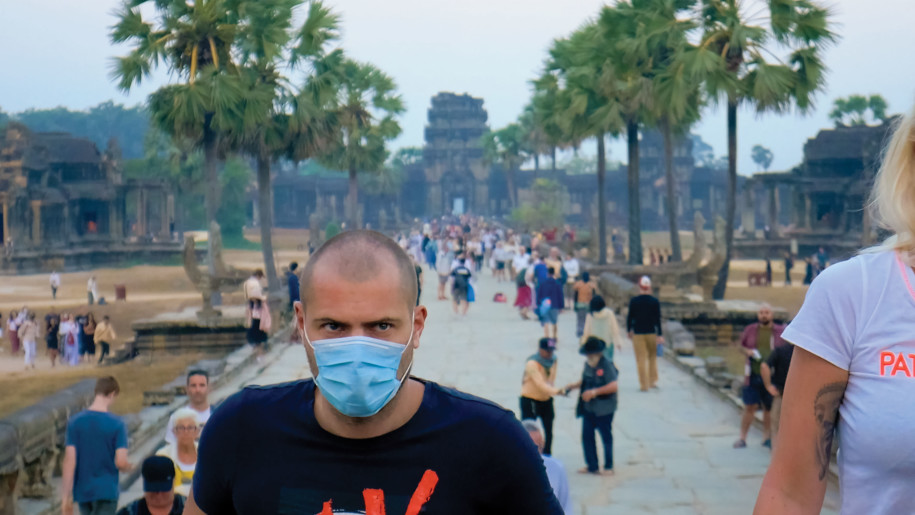 As the Coronavirus pandemic spreads globally, many are naturally asking, Where are we in prophetic history? Is the pandemic one of the final plagues? Is Armageddon the next big event? Has probation closed? Is the rapture about to happen? Is Jesus about to return? I believe the prophetic answer is found in the Seven Trumpets of Revelation. Revelation includes four distinct visions:

Within this broader context, the Seven Trumpets appear where Christ is revealed as the Lord of History. Yes, even pandemics are under His control, and there is a boundary beyond which evil will not pass!

In Scripture, the sounding of a trumpet calls God’s people to repentance and the renewal of their relationship with Him in view of the judgments that are about to fall on the earth (Joel 2:1, 12-13). In Revelation, the Seven Trumpets occur before the close of probation (8:2-6; 15:5-8), after which God’s wrath is poured out in the seven final plagues. As such, the Trumpets represent God’s call of mercy to every generation from John to the Second Coming, calling all people to a renewed relationship with Him. So, in which historical Trumpet era are we living today?

At the end of the Sixth Trumpet (Aug 11, 1840), and before we come to the Seventh Trumpet (Oct 22, 1844), we have an interlude, chapters 10 and 11. Chapter 10 ends with the Great Disappointment of 1844 and with God’s command to His remnant people to proclaim the Everlasting Gospel and the Three Angels’ messages. Chapter 11 discusses two witnesses, symbolized as two olive trees and two candlesticks. Based on Zech. 4:1-6, 11-14 and Ps. 119:105, these two witnesses are the Old and New Testaments, which were attacked and seemingly killed during the French Revolution (atheism) but rose again for their end-time role in preserving God’s saints from deception and apostasy. Providentially, just in time for the Seventh Trumpet, for God’s last message of mercy to a dying world, God raises an end-time people and restores the Book.

The Seventh Trumpet is found in Rev. 11:15-19. It begins with the pre-advent judgment (“the time for judging the dead,” verse 18 i.e. 1844), and it goes through to the end of probation, because repentance is still possible until probation finishes and the final seven plagues fall (Rev. 15-16). We are now living in the time of the Seventh Trumpet!

Around the world, a handful of AFM missionary families have been forced to return home, together with some student and short-term missionaries. We thank God for their safe repatriations. However, most AFM missionaries remain within their portion of the Lord’s vineyard. Like you, they are living under various degrees of social lockdown and curfew, often far from any medical care. All feel the pain of social isolation and family separation. Missionary parents have an added burden of anxiety knowing that if they or their children fall ill, they have no way of providing practical assistance. My own parents are in their 70s and live in the U.K., and I have no way of being with them during this pandemic. Yet, around the world, we are seeing a renewed desire for hope and a new openness to the Gospel. Local believers are taking the mantle of leadership in ministering among their communities. Thank you for your continued prayers and support for the AFM missionaries!

So, how do we respond today? First, by listening to the Trumpets. The Seven Trumpets are God’s way of calling His people to a renewed relationship with Him before the close of probation. May we respond as God pleaded in Joel 2:12-13, “‘Now, therefore,’ says the LORD, ‘turn to Me with all your heart, with fasting, with weeping, and with mourning.’ So rend your heart, and not your garments; Return to the LORD your God, for He is gracious and merciful, slow to anger, and of great kindness.” As we turn from our modern-day idols to God, we feed on His word, and our faith strengthens, our witness brightens, our devotion deepens, and our love overflows.

Second, we respond by affirming our primary identity and loyalties—not as citizens of any earthly country, but as citizens of heaven above, from where we are expecting the Savior, the Lord Jesus Christ.

Third, the era of the Seventh Trumpet is the time of the Three Angels’ messages. We are called as God’s people to proclaim the Everlasting Gospel with greater fervor. Love your neighbor as yourself. Encourage the socially isolated. Leave food parcels for your needy neighbors. Distribute GLOW tracts. Plan a mission trip. Prepare an evangelistic meeting. Start a home Bible fellowship. Invite your neighbors and friends via social media. Sponsor a missionary. Become a cross-cultural missionary. Don’t sit on the sidelines. Join the fray for God! This is our moment of truth. Let us be the Movement of Destiny that God has prepared for such a time as this! 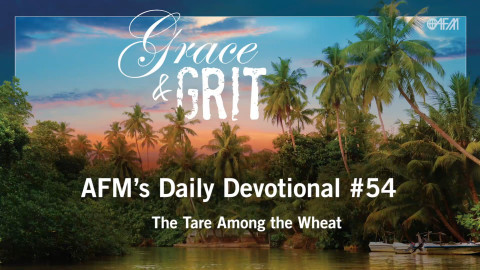 We will truly be “a spectacle unto the world, and to angels, and to men” (1 Cor. 4:9). It is my prayer that we all can experience God’s true other-worldly peace no matter what situation we find ourselves in so that others can be drawn to Him.