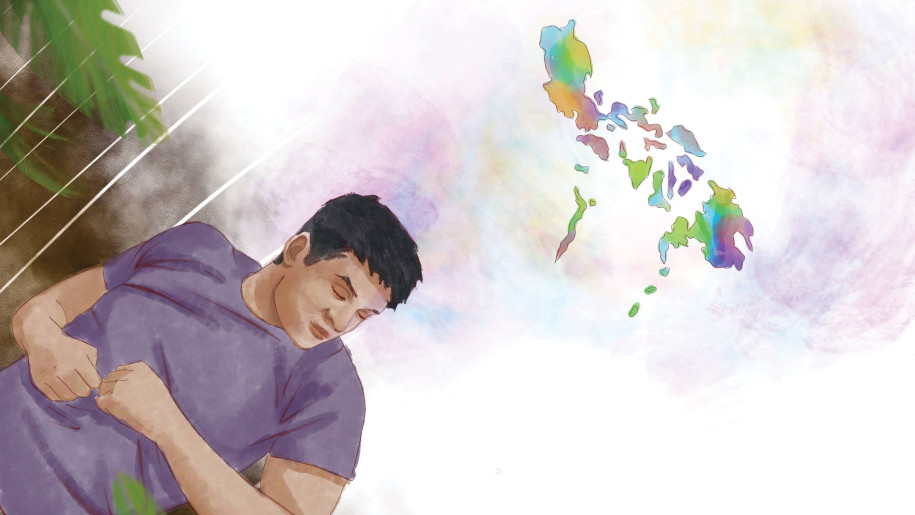 There are enough unreached people in the world to equal the current populations of all the countries found in North and South America, Africa and the Middle East, plus Australia and Russia. If you were responsible for developing a strategic plan to bring the gospel to all of these people, what would you suggest?

Jesus proposed the idea of discipleship. In His model, He took twelve men and led them through an experience-based training routine and carefully laid out the principles of his kingdom. The gospels reveal more than 30 teaching techniques Jesus used to ensure His disciples understood, remembered and accurately shared these truths with others. He gave them opportunities to put the techniques into practice and routinely expanded their responsibilities until they could completely take over His ministry.

During this time, Jesus welcomed a second group of 70 disciples, and by the time He ascended, it had expanded to 120 He then commissioned these followers (Matthew 28:18-20) to continue working His discipleship plan and teach each recruit to do the same. Disciple-making was to be the backbone for world evangelization.

As fellow missionary John Holbrook and I reviewed the projects among the Alangan and Tawbuid, it appeared people responded in four classic ways1. I want to demonstrate how Christ’s discipleship model met the needs of each.

First Believers
These were the first Alangan to accept the gospel. Missionary kindness and the gospel’s promise of better lives heavily influenced their decision. But gospel truths were a polar opposite to the existing religion and were easy to misunderstand. As the truths became clearer, they were used as a filter, and the tedious process began of pouring their culture and beliefs through it to screen out what did not belong, leaving a big cultural hole. Step two was to fill that hole with activities inspired by biblical truth.

While this sounds simple on paper, in reality, it was chaotic. The new believers made plenty of mistakes. Spiritually speaking, they were wobbling toddlers at this stage, and God mercifully reached out with His Spirit and provided dreams and miracles to cushion their falls and teach them to walk. He also used John and his parents, whose missionary hearts led them to invest deeply in coaching these new believers.

Jesus’ Discipleship Response
In Christ’s parable of the sower and the seed, He emphasized that birds would eat the seed found on the trail, and seedlings growing among stones would have shallow roots, shrivel up, and die. Similarly, Satan is quick to snatch gospel truths from those who do not understand them, and persecution tends to wither the faith of those who are not biblically grounded. Disciples should therefore emphasize both understanding and a solid biblical foundation.

Did Jesus implement these concepts Himself? Absolutely! He used a wide range of communication techniques to ensure people clearly understood His teachings. He told and explained parables and presented sermons that explained Kingdom theology. He addressed accusations and asked and answered questions. He gave examples, modeled His teaching in real life and even debriefed local history. He also directed His followers to the Bible of His day—the law and the prophets—and discussed it with them. He compared current cultural practice with His new teachings so people could see the difference. Then, after He modeled what he meant, He sent His disciples on missions to practice the new lessons and skills, meeting with them later to debrief the results. Although He constantly challenged first believers, He also ensured they had all the support they needed to thrive!

Friendly Observers
Friendly observers are like the group of seventy disciples. They embraced faith after observing the transformed lives of first believers. They asked them questions and listened to their testimonies. When they saw enough to be convinced that the gospel offered a superior way of life, they accepted it.

One night in New Guinea, demons entered a community member’s home and turned it upside down. He was bleeding and begging for help when my friend, a local church member, invited him to stay at his house. “Will it be safe from the demons?” he asked. Assured that it would, the poor fellow quickly headed to my friend’s home, where his wounds were washed and treated. He also experienced kindness and compassion, peace and worship. As he learned about Jesus and observed these first believers, he wanted what they had—and they shared it with him.

Discipleship in Jesus’ day offered a convenient way to disseminate a rabbi’s teachings throughout society. But that only worked when disciples indeed modeled the teachings. Preaching was important, but when people could visibly see how these teachings could transform lives and communities, they were inspired enough to embrace them. That is why Jesus repeatedly stated that His disciples were those who would both hear, and do, what He taught.2 When believers take this step, friendly observers get what they need to become the next generation of disciples.

Desperate Prisoners
Satan always has his prisoners, those whose lives are a living hell and who crave a way out. They will often leave if they get a chance, but Satan finds ways to lock them up—addictions, fear of curses or sorcery, sex slavery or oppressive leaders. The Alangan shared a tribal border with the Tawbuid. Most people feared crossing that border because Tawbuid turf was reportedly infested with demons. Tawbuid shamen had a reputation for using their power to cast treacherous curses on people. It seemed an impenetrable fortress of darkness, and many Alangan mocked the idea of planting a church there.

God gave a unique dream to an Alangan believer that revealed a color-coded map that indicated just how many Tawbuid communities would be receptive to the gospel—if someone would just go there. It was a perspective changer and showed that these champions of demon worship were really Satan’s prisoners desperate for a way out.

Missionary John and an Alangan discipleship team entered Tawbuid territory. While the Tawbuid were initially slow to respond, when the spiritual prisoners living there understood the freedom that Christ was offering them, they embraced it and became the first believers for their tribe. They practiced and shared. Within a few short years, literally hundreds of other desperate Tawbuid prisoners had given their lives to Christ.

Jesus also worked among the desperate prisoners of His time. Sex workers, social outcasts and the demon-possessed—Jesus freely offered deliverance and hope to all. When Christ cast thousands of demons out of one poor captive, He even encouraged him to witness on His behalf. Christ excused no one from discipleship.

Satan does not usually release these prisoners without a struggle. Those ministering to this group are often forced to endure a range of demonic tactics designed to strike fear in the hearts of prisoners and disciples alike. For instance, when Jesus crossed the lake to free the man of demons, he was met with a vicious storm. When the Alangan team and missionary John determined to begin work among the Tawbuid, demons revealed their repulsive faces to them. They threatened their lives repeatedly with strange illnesses, poisoning and accidents.

These attacks were common on Tawbuid territory and had bound people’s lives in fear. These desperate prisoners, and all like them, needed some proof that it was safe before they would make a run for it. When the missionaries overcame the attacks of their common enemy with the same power of Christ offered to the prisoners, their promises carried weight, and people responded.

Religious Leaders and Cautious Observers
Cautious observers also learn by observing, but they need more convincing. Leaders from eight (and counting) Alangan communities recently came forward and stated that they had been watching Christian communities among the Alangan for a long time. Demons are actively present in this region, and it comes as no surprise that some leaders may be extra cautious about doing anything to stir them up. So, they watched from the sidelines as Christian communities became healthier, cleaner, happier, and a refuge from demons. Then, as hundreds of Tawbuid believers poured out of their notorious mountains to stand beside Alangan Christians and worship God, these Alangan leaders had finally seen enough. They begged to learn how they could have Jesus, too. How long had they observed before making that decision? More than twenty-five years!

The book of Acts offers a poignant example of Jesus’ emphasis on His disciples faithfully putting His teaching into practice to help others see and believe. It was not until after Jesus’ ministry, death and ascension; not until after Pentecost and the conversion of thousands of believers who were then baptized and shared all their goods with each other; not until after the disciples stood up under beatings, interrogations, persecution and imprisonment only to be freed by angels and sent back to preach again; and not until after the Hellenist widows’ complaints led to the appointment of seven deacons, that “a great many of the priests were obedient to the faith” (Acts 6:7). Like the Alangan believers, they had finally seen enough.

When people need a lot of convincing, it is the privilege of Christ’s disciples to provide it, and it honors God to support them as they do.

Summary
When a number of First Believers get what they need to make a decision for Christ and do so, we have a short-term movement. When these First Believers also get the kind of support Christ gave to His disciples and learn to practice what He taught, the movement strengthens, and Friendly Observers get a clearer picture of who Christ is and what it means to follow Him. When they also accept Christ and become engaged disciples, it further strengthens the movement and paves the way for Cautious Observers and Desperate Prisoners to do the same. We now have the foundation for a sustained movement.

Such movements are the goal of AFM in every community of the unreached!