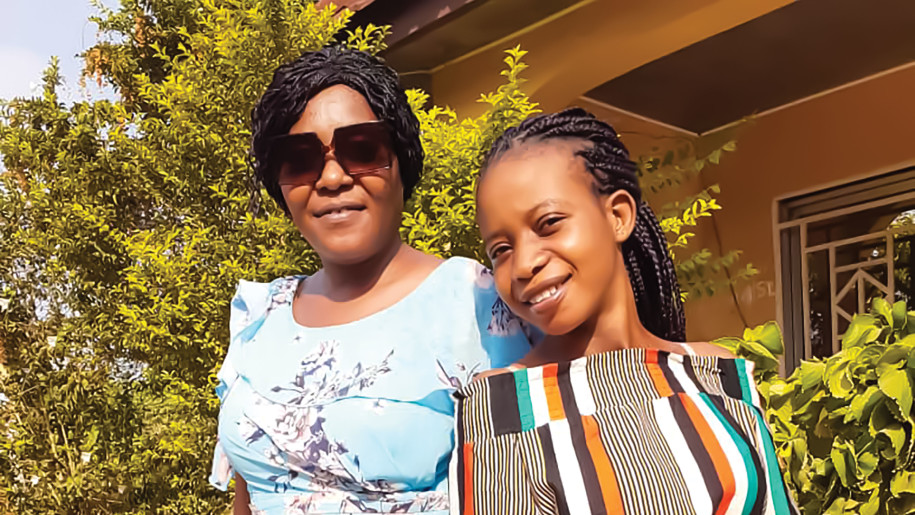 My name is Niakoro, and my father’s name is Ji. My family comes from a village called Niala. In Mali, when a child is twelve or thirteen, his or her parents will tell them to get a job to earn money for their wedding. That is what my friends do. Each year they leave their villages to look for a job in the city. They want to prepare for their marriage.

Whenever I would ask my mother about money to meet my needs, she would tell me to look for work in the city and buy what I needed. When I was twelve, I had to abandon school and go to town to make money, separating from my parents. I became a house cleaner.

After three years, I had saved about $200. I decided to return to my village and bought some household items, clothes, and school supplies before leaving. Once back home, I told my mother I did not want to get married but wanted to go to school. After some time, the pressure to get married began mounting.

Because of the pressure, I returned to the city where I met a man who was a recruiter and helped me find a job. When I went to my new place of work, I met Mama Theresa, my new boss. She gave me some rules and said working days are Sunday through Friday. She said Saturday was a day of rest; I was so happy. In my former work, there was no rest for me. From the beginning, I noticed that my new boss was different from the others. She talked to me about Jesus and told me to pray about everything.

Eventually, I asked her to adopt me as her daughter. She told me to give her some time to talk to her husband and pray about it. Time passed by, but I did not hear from them. One Sunday morning, they told me they had accepted my request. They told me that they would also register me in school. I will never forget the day I enrolled. Mama Teresa and her husband have provided for all of my needs. As I began to compare them to my biological parents, tears ran down my cheeks. I thank them, and I pray for God’s protection over their lives.

After a long time, Mama Theresa invited me to church, but I told her that I was sick. She never asked me again. Sometimes my heart would tell me to believe, and other times my heart would say no. Then, I had a dream. In it, I saw a man wearing a white robe. He did not say anything to me, but I knew it was Jesus. He resembled the Jesus I saw in pictures and in the movies I had watched. One Wednesday evening, I told Mama Theresa that I wanted to visit her church. I have been attending ever since.

Mama Theresa proposed that we study the Bible together to help me understand Christianity completely. We studied the Bible for some time, and later I was baptized. My family was not aware of my conversion. When my sister wanted to visit me on the Sabbath, I told her that on Sabbath, I choose to go to church. She was shocked and started asking a lot of questions. I told her that Christianity is the true religion; Christians love one another and fear God. My sister was mad.

I decided to tell my family about my new faith. When I told my mother, she screamed at me. She said no one in our family was a Christian. I said, “Yes, I am,” and she told me not to tell anyone about my conversion. That was the end of our conversation. I fear that my conversion caused my mother to go to her grave early.

Not too long after my mother’s death, my aunty began to prepare for my marriage. I told her I did not want the man she proposed because he was not a Christian. She was mad, said that I was a disgrace to the family, and that I should not let the village know that I was a Christian. She said they would hurt me and shame the family.

I cannot find the right words to express the joy I have in my life. I know that God has a plan for me. I am thankful to live with Mama Theresa and her husband as my mother and father. God decided in advance to adopt us into His own family by bringing us to Himself through His Son, Jesus Christ. This is what He wanted to do, and it gave Him great delight.