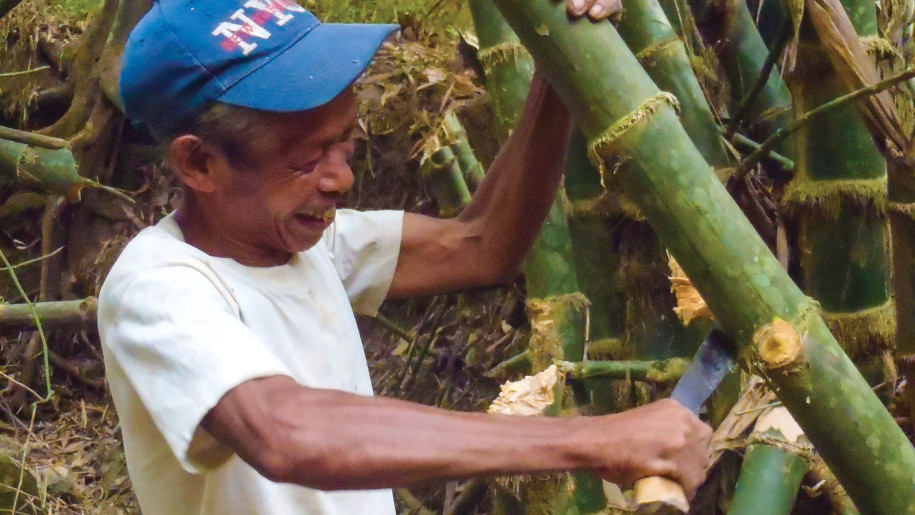 Early one morning, Engli awoke from a dream. It was the same dream he’d had on previous nights. What could it mean? Where would the white people come from and when?

When his family awoke, he recounted his dream to them. “Last night again, I dreamt that white people will come into Palawano territory, and they won’t even know how to use a tukew [bush knife]! Can you imagine not knowing how to use a tukew? Everyone knows that, even small children! They won’t know how to survive here in the jungle. They won’t know where to find food or even how to prepare it. But they will tell us stories about God and how to read and write them. I wonder what this dream means. I wonder when it will happen.”

The dream was so odd to Engli that he often retold it during his evening storytelling time. His young son Paylug heard the story so often that he began to retell it often as well. And so the story was passed down through generations.

Nowadays, when aged Maman Tigep talks about what he is thankful for, it is not unusual for him to wander from thanksgiving to prayer and back again. While he is praying, sometimes I peek at him. It’s hard to know to whom he is directing his words, for he doesn’t bow his head, close his eyes or fold his hands. Generally, if he is telling what he is thankful for, he looks at the other people in the room. But when he prays, he turns his head away and looks into the distance.

One such day several months ago, as I was listening to Maman Tigep pray and struggling to follow his wandering thoughts, I heard him say he was thankful that what Engli had seen was actually happening—the white people had come and were telling Palawanos stories and teaching them to read and write.

At the end of prayer time, I asked, “Maman, who is Engli, and what is his story?”

“Engli was my great-grandfather,” he replied. “He told this story often. Even though my father, Penaran, the son of Paylug, never met Grandfather Engli, he still remembered the story and told it to us. I’m only now remembering the story.”

Inwardly I marveled. Three generations ago, God had already pre-ordained that I would be here in Kemantian teaching His word and depending upon the Palawano to teach me how to use a tukew!

We are humbled and amazed to realize anew that God pre-ordained that we be here in this place at this time to do this work! God’s desire is that the Palawano truly learn the story of His salvation and pass it down the generations until His return.