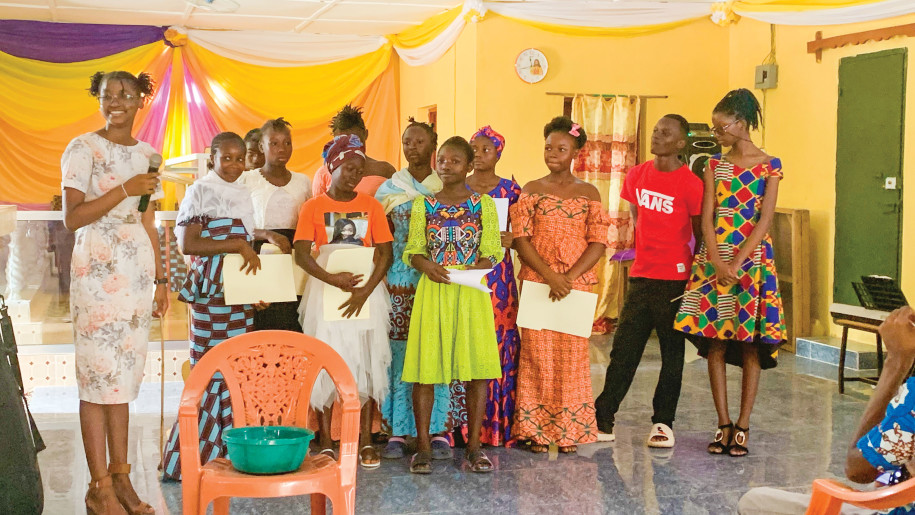 Never would I have thought I would become a Youth Sabbath School teacher, standing in front of a group of people and speaking to them without a vocal tremor or trembling hands. When we first visited the church in Kono, we realized it needed help getting organized. The children ran around inside the church, and the parents did not seem to mind. My dad proposed to my sister and me that we teach the youth and children’s classes. We wanted to reject it, but he told us to think about it first. After careful consideration, I accepted his proposal although I was very nervous about teaching.

The first Sabbath I lead the class, I decided we would get to know each other. God also inspired me to gauge their Bible knowledge. Almost none knew about creation or any Bible stories. The first Sabbath was not the best, but we got to know each other. After that, I realized that I could help them with what I knew and could always ask my parents for any help I needed.

The youth were shy to speak with me because their English was not the best, so I told them they could mix in Krio. With my mom’s help, we have taught them stories from creation to Job, and my dad encouraged me to start a singing group from our youth class because the church choir had not sung for over a month. The class enjoys singing each Sabbath.

Each Sabbath, we read stories from the Bible and watch an animated Bible series. Because we did not have enough Bibles for each person at first, my father bought new Bibles for the class, which we gave them during a thirteenth Sabbath program. Everyone was happy. We even added two new members to our singing group and class.

I believe God called me to be a teacher and friend to those teenagers. They did not like to come to church and often slept or sat outside because they felt there was no class designed for them and because they did not understand much of the preaching. Now, they look forward to coming to church because they understand and learn something new every Sabbath.