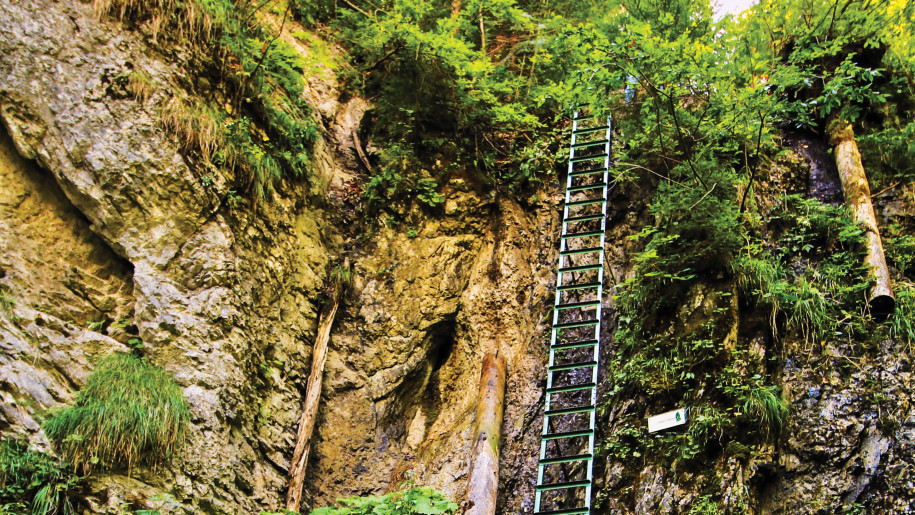 “What exactly is the reason you came to Cambodia?” Soty asked me. He’d had the last three years of nursing school to think over the time he had spent with Hutchisons and Nicholaides. Questions about Islam and Christianity were swimming in his head, and he was ready to get to the bottom of it.

“I work for an organization that sends out teachers,” I began. “We care for the sick and teach English, but most of all we are looking for people who want to learn who Jesus is.”

It was Soty’s first week home from nursing school, and he was spending his mornings helping me install kitchen drawers. At lunchtime we would start spiritual conversations that lasted all afternoon. His questions came in a torrent. “How many Gods do you have?” “If Jesus is God, why did he pray to His Father to forgive those who were crucifying Him?” “Will a Buddhist or a Hindu who doesn’t know Jesus be in heaven or hell?” “How does one become a Christian?” “Would I have to put my feet on the Qur’an and burn it to become a Christian?” “People say, ‘Don’t spend too much time with Christians, or they may pull you in.

Don’t let your children near them.’” “We Muslims are taught that the Bible has been corrupted and is not fit to read.”

As we looked up one scripture after another and talked about so many topics at once, I could tell I needed to take a full week off from everything else I was doing and feed this hunger.

Once, after taking a breath for a moment, Soty asked me, “What are the goals that your organization sent you here to accomplish?”

“Soty, many people in my country love Cambodians very much,” I told him. “They spend their money very carefully so they can give to support us here. We would all cry tears of joy together if you discovered the love of Jesus. Life with Him is so beautiful.”

As Soty and I talked about Jesus on the cross, I saw tears in his eyes several times.

At night Soty would go home and read and re-read the Qur’an, getting questions ready for the next day. He told us he had a lifetime of questions stored up. Eric and I studied with Soty while our wives dropped in to share their testimonies, prepared food, did dishes and kept the house running. God took care of the questions and prepared the student and his teachers.

One morning Eric stumbled upon a podcast titled “Jesus’ claim to be God?” That afternoon when we sat down with Soty, that was the first question he asked. The day we studied about the second coming was the six-year anniversary of Stephanie losing her father, missionary pilot Bob Roberts. When Soty expressed his longing to know his own father, whom he had never met, Stephanie was able to encourage him, sharing her resurrection hope of seeing her father again someday. Often, Soty, Eric and I would be reading scriptures separately at our own houses and send each other messages about the same passage. Every day, God worked miracles.

At first, Soty always talked about the Qur’an and continuously searched the Qur’an app on his phone. He was raised with the Muslim understanding that the Bible was God’s word, but at some point it had been corrupted. He also had been taught that Jesus is not God, and He did not die on the cross, but that God made someone else appear like Jesus to fool the onlookers.

After a while, our discussions narrowed down to the questions of the Bible’s trustworthiness and whether Jesus claimed to be God. Carly Tirado’s parents were visiting, and her father, Sovath Sim, shared his testimony of how, as a boy fleeing from the Khmer Rouge, he had a dream of Jesus who told him he didn’t need all his charms and idols to keep him safe. After that, he became a Christian. Just like Soty, Sovath saw Jesus in a dream but did not see his face. Sovath was able to share how following God was worth it even though he and his sister, who both found Jesus in refugee camps, were the only ones in their large family to follow Jesus.

When our field directors Bruce and Dorothy Hayward were here, we looked at the verse where Jesus asks His disciples who they say He is, and after Peter’s response, Jesus thanks his Father for revealing what no flesh and blood could. Soty recalled a few days before when we were just starting off, how I told him that if he wanted to know truth, he needed to pray and ask God, because nothing I could say would be enough. Bruce reemphasized the need for Soty to pray. “I’ve been praying earnestly every night since I can remember,” Soty replied.

“Maybe God has sent us to you as an answer to your prayer,” said Bruce. It was a powerful moment. You could see the trembling belief in Soty’s eyes. Bruce shared his testimony with Soty and reasoned with him for hours, stretching my translation abilities to the limit. That night before he left for home, Soty said to the whole group in his best English, “I love you all. I love you like my own family. Thank you for your love to me.”

As Soty spent more time in the Bible, his doubts about whether it was the holy Word of God melted away. We showed him our evidence that the Bible is unchanged and placed the burden of proof on him to show us how it had been changed. Soty spent a whole day questioning the highest Muslim teacher in his town, but the man couldn’t tell him when the Bible had been changed or by whom. During one of our first studies, Eric put it to Soty like this: “The Qur’an says the Bible was changed. The Bible says God’s word is God-breathed and unchangeable. Jesus says that not one jot or tittle can pass away. Both the Qur’an and the Bible claim infallibility, so they cannot both be right. Buddhism, Christianity, and Islam can’t all be true.” He told Soty that he would become a Muslim if he was convinced that it was true. Then he challenged Soty, asking him if he would follow truth even if it meant leaving Islam. My spine tingled a little as I nodded my head in agreement. Soty enthusiastically exclaimed that he would stand for truth no matter what the consequences. “I don’t care what people say or do to me,” he said. “I only care what God says.”

Soty has been watching our life witness very closely. “I have never seen any of you missionaries have loud parties,” he told me. “I’ve spent a lot of time with the Timminses, Hutchisons, Nicholaides and you. Your life is what made me interested in your faith. When you asked me to help with your cabinetry, I was so afraid that you would be angry and judge me if I did a poor job, but you said, ‘If we do it wrong, we’ll try again.’ A Khmer or Cham boss will curse you if you break something, which only makes their workers afraid of them. Every day I open my eyes and see the world, I feel like there will be another day coming where everything will be changed. I always look forward to that time. I see butterflies and green grass. I yearn for heaven. Most people think there is only one place—this world. I think the world is only a place to pass through. Jesus says not to store up treasures here.”

In AFM training, we were taught that people would learn from watching our lives more than from our Bible studies. I think I get it now. Half the day working together, and half the day studying is a good formula.

We don’t even know how beautiful life is with Jesus until we spend time with someone who comes from a life like Soty’s. Right now Soty’s sister’s husband is threatening divorce, and both parents take their frustrations out on their three little boys. When I’m on the phone with Soty, I sometimes hear the toddler in the background whimpering like an animal after being smacked. One of the nephews dropped Soty’s stepdad’s phone and dropped it, breaking the screen protector—only worth a dollar or two. Soty’s stepdad smacked the boy so hard, he flew across the yard. The boy cried the rest of the day until his lips turned purple. Just this morning, Soty’s mom and grandma were in a shouting match, and the whole town was watching like it was a show.
In answer to your prayers, God gave Soty another dream. “I dreamed that Jesus took me by the hand and brought me up a ladder halfway to heaven. Jesus and I were on the ladder together until there were no more steps. Then He got smaller and smaller in the distance. It was beautiful everywhere—green and white and covered in young grass. The only thing I can think it means is that, since I am now reading Christian books and asking questions, I am halfway there.”

Please pray for Soty’s whole family. Cry with me and pray with me. If this family, the laughingstock of the whole village, could be transformed by Jesus, maybe the entire village would follow.