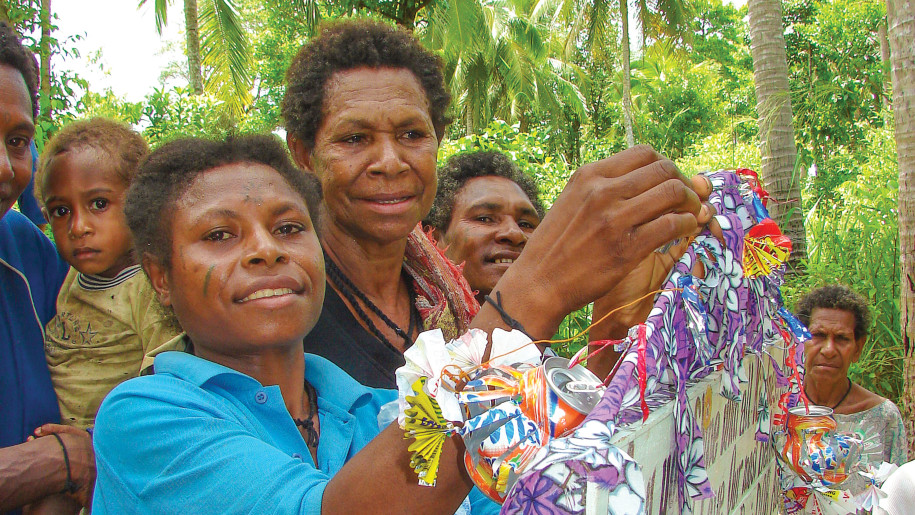 We were new to PNG and the Gogodala tribe when we first met Wadobato more than 14 years ago. She and her husband, Bani, showed great kindness to us in our first months in Kotale village. Bani was a retired metal worker who had returned to his home village after spending decades in the big city.

At a funeral in the village conducted at the Evangelical Church, Bani sat with me on the men’s side, and Wadobato sat with Laurie on the women’s side. It was great to have them translate and explain what was going on. Little did I know that I would be attending Bani’s funeral just a few months later. Unfortunately, he died of a heart attack while visiting their daughter in Port Moresby, leaving Wadobato bereft of her immediate family.

Laurie and I and our two girls walked to her house on the other side of the village, attempting to cheer her up. While there, we sang the hymn, “Does Jesus care when I’ve said good-bye to the dearest on earth to me?” The chorus answers with a resounding, “O yes, He cares, I know He cares! His heart is touched with my grief.”

Wadobato became a dear friend through the years that followed, bringing us wonderful fruits from her garden. She would stop by our place from time to time on her way, paddling her canoe to town. Though she has never joined our church, she has occasionally visited it on Sabbath. Now that we live in a different village, we don’t see her as often as before.

On our most recent supply run to Port Moresby, we learned that Wadobato was seriously ill in the hospital. After returning to the village, we made the one-hour boat trip to the Balimo hospital to visit her as soon as we could. Walking into the ward, we saw Wadobato lying in her bed surrounded by friends. Though people spoke to her, she did not seem to be responsive. The other ladies offered Laurie a seat by the head of the bed. She sat down and began stroking our friend’s head and talking to her. After a few minutes, Laurie called for me to come over. I had been sitting on a bench at the foot of the bed. When I moved to the head, I leaned over and spoke to her. But there was little response.

Then I decided to pray with her. Taking her hand, I closed my eyes and prayed, telling God that we desired to see our friend healed. After the “Amen,” our bed-ridden acquaintance squirmed a little, raised her chin and produced a guttural sound from her throat. It seemed like she was trying to say “Amen” to my prayer. Up to this point, she had not opened her eyes. But before we left her bedside, she managed to briefly open her eyes and look at us. What a wonderful gift that was!

Sadly, Wadobato passed away three weeks after we visited her in the hospital. However, her life was a tremendous blessing to many people, including us, and we have the hope that we will see her in heaven.