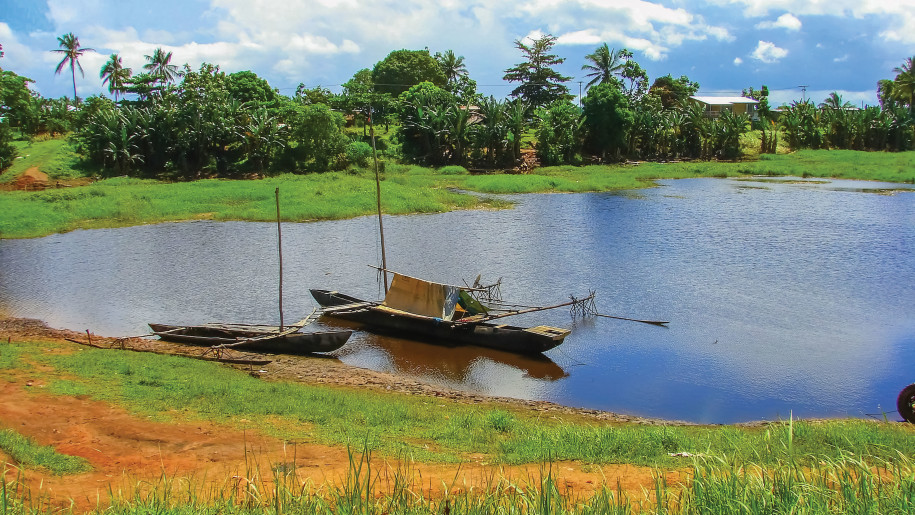 _What would you do in a crisis if you didn’t have an emergency number like 911 to call? How would you feel if you were the 911 call center and EMT all rolled into one? This is often reality for missionaries who choose to work in remote areas. Sickness and death are daily realities in these rural communities. This story, as told by my dear wife who is a nurse, illustrates the importance of utilizing our daily opportunities, tragic and sudden though they may be. “We spend our years as a tale that is told . . . for [they are] soon cut off, and we fly away” (Ps. 90:9, 10).
—Stephen_

It was my birthday; a cloudy, drizzly Friday morning. Steve and I had just finished breakfast, and I was feeling a little blue thinking about our daughters and missing them as we did the dishes. Glancing out the kitchen window, I noticed a large canoe coming upriver toward our house, and I heard a lady yelling, almost screaming. Oh no! I thought. What’s going on? The canoe landed, and a man ran up the hill to our house. Steve went to the front door to see what he needed. Returning inside, Steve told me that a man was complaining of a headache and chest pain, and they wanted fuel to take him to the hospital in Balimo.
Quickly I put aside my work in the kitchen, grabbed my stethoscope and followed Steve outside. While he went to the fuel shed, I continued down the hill and across the wet, spongy ground to the canoe. Lying in the bottom of the canoe was a middle-aged man, apparently unconscious. He looked familiar to me, but I couldn’t recall where I had seen him. A lady knelt by his head . Another man sat next to him holding a spoon in his mouth to help keep his airway open. Another woman sat near his feet along with the motor canoe operator and a few other people. I started asking questions to gather as much information as I could.

About an hour earlier, the patient had been down at the main village waterfront when he started complaining of a headache and chest pain. Not long after this, he collapsed. The man holding the spoon said he could feel his heart beat a little, and then it would stop. Leaning down into the canoe, I listened for a heartbeat and lung sounds through my stethoscope while also feeling for a pulse. Nothing. The patient’s eyelids were half-open—not a good sign. I opened each eyelid and checked the pupils. Both were dilated and didn’t respond to light. Turning to the woman sitting at the man’s feet, I quietly said, “He’s gone. I’m sorry.” The woman threw her arms around the body and started to sob as I caressed her back. Steve arrived with the fuel, and I suggested that they go ahead and make the trip to Balimo to have the man examined there. Steve offered a prayer before they started the trip.
As I walked away from the river with Galuma, our good friend and church member, he filled me in on some details. The man’s name was Walter, and he had lived near the village waterfront. Galuma reminded me that Walter had visited our church from time to time, which explained why he looked familiar to me. My heart broke for Walter and his family. Why had they waited so long to bring him to us?

That evening, I learned one more detail that brought Walter’s death even closer to home. At our Friday-night fellowship meeting with Charles and Lara Cabral present, Galuma recounted the day’s events. Charles’ mouth dropped open, and tears welled up in his eyes as he heard the news about Walter’s death. “That was my Gogodala brother!” he exclaimed. “He came to visit me twice a week and brought us food gifts. During his visits he often asked for prayer.”

We talked about the opportunities God had given us to reach out and share His love with Walter. It’s never easy to lose a loved one, but there is a glimmer of hope amid the sadness—hope that Walter was touched in a way that brought him closer to Jesus, the Resurrection and the Life. We never know when an opportunity to share the gospel with someone might be their last.