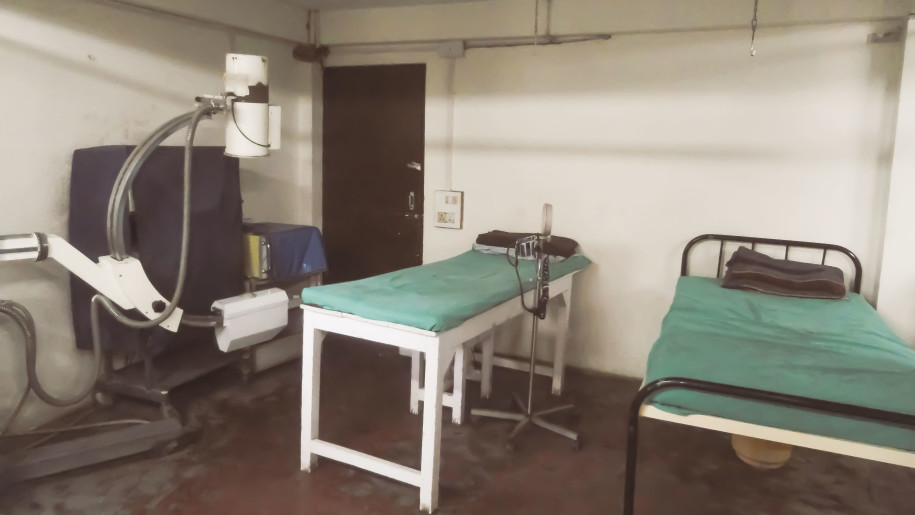 We had only recently been released from our post-furlough quarantine when Seth had to leave for four weeks, helping patients by himself at the clinic in the mountains of Kemantian. We missed him so much, but we could not hike to the clinic with him because Luke had sprained his ankle in the airport as we returned from furlough. Now that Seth had returned, our family reunion was only to last three days, for I spent most of the following two weeks helping two patients at two different hospitals. One of the patients was Meribel.

I learned about Meribel soon after Seth left for the clinic. Meribel had been expecting. Unfortunately, her baby had died about five months into her pregnancy and, over a month later, was still inside of her womb. No one could understand why the doctors had left Meribel in this condition.

When I took her to the doctor to remove the baby, she had a cold and sore throat, but I did not think much about it. Wanting to address her cold symptoms first, the medical staff tested her for COVID-19. She was positive. I could not believe this. Poor girl!

Completely ignoring the fact that there was a dead baby inside her and she could go septic, the doctors said she would have to quarantine for three weeks before they would help her with the baby. To my surprise, because I was with Meribel at the doctor’s office, I was told I had to quarantine for two weeks.

Three days after Seth returned home from Kemantian and Meribel had completed her three-week quarantine, Seth and I took her to the hospital in Puerto, four hours away. We needed to have the baby removed as soon as possible because it had been two months since the baby had passed.

Arriving at the hospital that afternoon, Meribel and I sat outside for hours as we awaited antigen testing and results. About 1:00 a.m., they let Meribel in. The hospital would not do my antigen test until she was admitted, so it was not until 4:30 a.m. before I saw her again. During that wait, I sat outside and prayed for Meribel, exhausted but happy that she was finally getting help.

They started her on an oxytocin drip to induce labor and gave Meribel another medicine in her IV that made her go temporarily blind for a few minutes each time they gave it to her; a common side effect, they said. It also made her nauseous, and she vomited several times. I later learned that this medicine is banned in the U.S.

It seemed like it was taking forever for the oxytocin to work. Four days into what would be a five-day hospital stay, we were exhausted. We had barely slept during this time. First of all, we had to share one rock-hard twin-size bed. The hospital also never turned out the lights. But perhaps the biggest challenge to sleeping was staying in the same room with 12-15 newborns. One of them was always crying!

Meribel and I got to know each other really well, and l was so thankful we could understand each other. She taught me many more words as we sat in the hospital. She even started joking with me, making me happy since I knew she was comfortable. Though we were both anxious to go home, we often laughed about our situation and had fun giving the babies names based on what we observed about them.

Finally, on the fourth day, Meribel passed the baby. She seemed more thankful her ordeal was finally over than sad for her loss. While we waited for the hospital to discharge her, we bought an ice chest and ice to put the baby in, so she and her family could bury it in the mountains by their home. It looked nothing like a human, with no recognizable features like a face, head or limbs.

On the fifth day, Meribel felt good and wanted me to ask the medical staff if she could be discharged to bury the baby. I was always pleasant to the nurses, but their English was not very good. Unfortunately, a misunderstanding arose. The nurse I spoke with had communicated to the doctor that we wanted to leave because we were disappointed in her. The doctor called us into a room, and she yelled, “I’m so furious!” as she pulled her hair with both hands.

We were absolutely shocked! I remained as calm as possible, trying to figure out what was wrong. She screamed, “Why are you so disappointed in me?”

Wow! Where in the world did that come from? I thought. In fact, I thought she was a great doctor! I prayed silently for wisdom, and God really blessed the situation. By His grace, we were able to straighten the whole misunderstanding out, and by the end of our conversation, the doctor was laughing and holding my hand. She discharged us that afternoon, and we returned home about 11:00 p.m. that night.

Absolutely exhausted, I was finally blessed to have one uninterrupted night’s sleep. However, the next night brought the emergency with the second patient I mentioned initially. She was much sicker than Meribel, and I stayed in the hospital with her for eight days as she underwent and recovered from major surgery. This time, I was thankful that there were no screaming babies . . . or doctors.