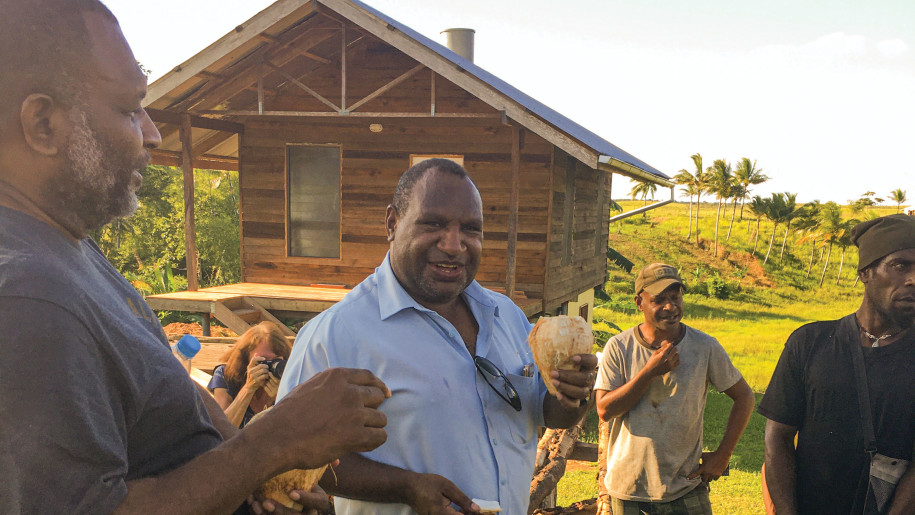 “Seest thou a man diligent in his business? He shall stand before kings” (Prov. 22:29).

The country of Papua New Guinea is a commonwealth nation of Great Britain. There are 21 provinces ruled by governors and members of parliament. The top person in the government is the prime minister. Last year a new prime minister was elected. James Marape had been a member of parliament for a number of years. Aside from his activities in government, he is an active member of the Seventh-day Adventist Church. In fact, he is an elder in his local church and sings in a men’s gospel group I’ve enjoyed hearing.

Working as a missionary in a small country like Papua New Guinea, it is not uncommon to meet dignitaries from time to time. As a missionary, I have had the privilege of meeting ambassadors, governors, ministers of state and even the Prince of Wales on one occasion. However, in our 13 years of working in PNG I had never, until a few weeks ago, seen the prime minister in person.

The sultry midday sun threatened to burn the tops of our heads as we stood beside the Balimo airstrip watching passengers disembark the Twin Otter plane. We had friends on the plane who had come from the States to help us with the construction of our training center. As we greeted each other joyfully we looked forward to the next two and a half weeks together. Little did we know the changes that COVID-19 would bring to our world during their stay here.

Before we left the airfield that day, I noticed another passenger get off the plane. Roy Biyama, our local minister of parliament, had been on the same flight as our friends. For many years Roy has been a great help to AFM missionaries. He was baptized on our mission ground a few years ago. I went over to greet him and to remind him about our upcoming training center dedication (which we would later have to cancel because of the pandemic). During our brief conversation he informed me of his plans to host a Gogodala culture show in Balimo where his workers had constructed a replica of a Gogodala longhouse, a three-story A-frame about the size of a football field where entire villages used to live under one roof. With a smile, Roy leaned close to me and quietly said, “I’ve invited the prime minister to come for the culture show. If he comes, maybe I can bring him by your training center.”

“Sure!” I said. “Come anytime!” However, knowing that plans in PNG have a tendency to change, I thought, I’ll believe it when I see it.

The day finally arrived that the prime minister was to fly into Balimo along with the governor of our province and some other dignitaries. We took our friends that morning on the 45-minute boat ride to Balimo to see the festivities and hear the prime minister speak. The streets were packed with people (this was before the social-distancing orders were in place). Police officers were roping off the grandstand area and pushing the crowd back in preparation for the PM’s arrival. After a while, the motorcade pulled up to the gate, and a number of men in suits got out including Prime Minister James Marape. They made their way to the longhouse for the ribbon-cutting ceremony before carefully ascending the traditional staircase carved from a log.

After the speeches were finished, the crowd dispersed to eat their lunches while the special guests ate a buffet lunch on the grandstand. Our group was getting hungry, so we decided it was time to go back home. But before leaving I wanted to meet the prime minister. He was standing at the back of the grandstand looking out at the canoe demonstrations in the lagoon below. We climbed the steps and entered the grandstand and stood near the PM, respectfully waiting for him to acknowledge us. After a minute one of the other dignitaries tapped him on the shoulder to get his attention and whispered, “Someone that wants to see you.” James Marape turned around and greeted us. I introduced us as Seventh-day Adventist missionaries working in Kewa and told him about the training center we were building there. We told him that our MP had earlier suggested the possibility of a visit. “How far away is it?” he asked.

“Forty-five minutes by dinghy,” I replied.

“What time does the sun set here?” We could see he was giving it serious thought. Just then Roy, our MP, walked by. “Hey, Roy!” Mr. Marape called out. “Do you know these people?” Roy smiled and nodded. The PM continued, “Do you know where their place is?”

“Can we organize some dinghies to go there? I want to see it.”

Wow! We had not planned on this. There was a lot of preparation to do. Suddenly we were in a hurry. Fortunately for us, the Prime Minister wanted to go back to his room and change his clothes before coming. I told him, “We will go ahead of you and meet you there.” As we left the yard, I heard Roy giving orders to his men to ready a drum of fuel. They were serious about coming! We made our way quickly down the street to the church member’s house where we had parked our dinghy. After praying for safety, we motored home as fast as our 30hp outboard could take us. We wanted to prepare for the Prime Minister and his team who would be travelling in dinghies with much faster engines.

As I steered the boat up the river, I thought about what hospitable things we could do for our guests. With plenty of coconut trees on our mission land, I felt we needed to offer some Kulau (coconut water), a tradition for visitors. But we had no one to climb up the tree to knock down the coconuts. Kewa village was largely deserted since so many people were in Balimo for the festival and especially to see the prime minister. Our teammate Charles asked to be dropped off at the village waterfront so he could run into the village and find someone to knock down coconuts for us. Fortunately, he found a few of our young construction workers there who came immediately to help us. Laurie also asked Lara to bake a cake while we waited.

Within half an hour of our arrival, the hum of motors coming up the river announced the approach of our visitors. Three large dinghies full of men slowed and stopped on the shore near our house. One was filled with soldiers in camouflage uniforms carrying rifles. The second carried police officers. And the third carried the VIPs—the minister of forestry, the minister of tourism, the Western Province governor, our MP, the provincial chief of police and prime minister who, I found out later, skippered the boat on their journey. How fitting that the leader of the country insisted on taking the helm.

The “top brass” of PNG were walking the lawn of our training center grounds on a beautiful sunny afternoon with no one but a handful of people (mostly small kids) to greet the delegation! As the prime minister admired the buildings, he paused to give is full attention to the kids, too. He and the governor encouraged the children to be diligent in their school studies because they will be the future leaders of this country.

With God’s help our training center will serve as a beacon of light guiding people to the heavenly kingdom. During this time of worldwide crisis, the prime minister of PNG speaks unashamedly about Jesus’ soon second coming. As urgently as we prepared for the coming of the prime minister, how much more urgently should we work to prepare the world for the coming of our Savior? Let us pray for one another as we “see the day approaching” (Heb. 10:25). 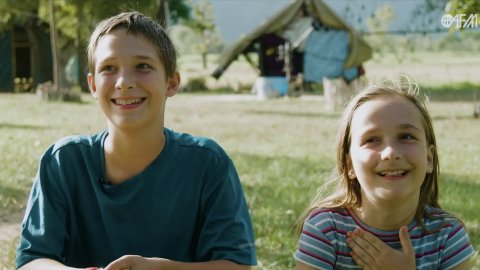 Our dear colleague and friend, Lilly May Williams, died Sunday, Nov. 22, 2020, at Hanson Hospice Center in Stevensville, MI. She was 68 years old.

An Open Letter to a Potential Missionary