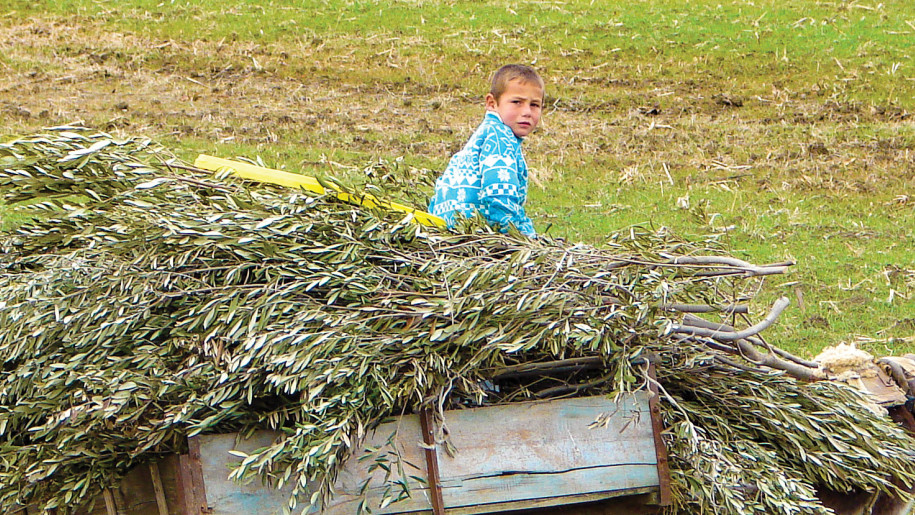 Adolescence, with its often difficult and awkward transitions from childhood into adulthood, has always been a challenging season of life. It hasn’t become any easier in today’s world. Teens are now growing into adulthood during a uniquely perplexing time in history. All over the world, people meet with one crisis after another, like immense waves knocking us under and churning us around until we hardly know which way is up. We barely have time to catch our breath and gather our wits before the next one is upon us. Imagine trying to learn to swim under these conditions! It’s no wonder that many young people are floundering. There are countless life options to consider, yet so few are worth considering. Few teens have yet learned how to navigate discouragement.

As if this isn’t enough, imagine what it is like for teens in a poverty-stricken country like Albania where hope for a better future has been depleted for generations. Their grandparents and parents were forbidden to reach out in faith to God. Searching for or sharing knowledge about God was strictly outlawed under threat of harsh imprisonment and even death. Today, though religious practice is no longer illegal, who is left to guide them?

The gospel has been largely hidden from this generation of young Albanians and replaced with empty counterfeits. The turmoil and hopelessness that Albanian teens grew up in is overwhelming. Many search desperately for a way to flee. Grasping for something to hold onto, many turn to crime, drugs or the occult. Others are forcibly recruited. Human trafficking is an ever-present danger. This is the environment these precious young people have to endure.

Over the years, we have met a few teens who have found the true hope they were seeking—Jesus their Savior. Though they sometimes stumble as they learn to walk with God, their lives are moving in a new, wonderfully positive direction. They have found hope! It is one of our greatest joys to watch them grow in love toward God and others.

Two teen brothers we know have had even more obstacles to overcome than their peers. Beyond the already overwhelming challenges Albanian youth face, these brothers also suffer from a genetic disorder that severely impacts their health and quality of life. Pain and suffering have been their lifelong companions.

As children, they were physically weak and vulnerable, rejected by many of their peers. They couldn’t play soccer with the other boys and were left out of most childhood games. Before we knew them, the elder brother had finally been accepted into a small peer group. Unfortunately, that group was deeply involved in the occult. Although they thought the power they sought would bring them happiness, they had no peace or joy but continued to be drawn deeper into darkness and despair.

After meeting Jesus and studying the Bible for some time, these brothers finally accepted Him as their Lord and Savior and have experienced more hope and joy than ever before. They are rising above their circumstances and reaching out to lift others up. The younger brother is quite involved in outreach to other young people through social media and face-to-face friendliness. Though he is naturally shy, he has studied the Bible with several others and has brought some of them with him to worship with our larger group. One friend has begun to worship with our group regularly.

The older brother is artistic and has painted a mural with a Bible verse on a church member’s wall and has gifted us with a drawing of Jesus with a crown of thorns and with a painting of the second coming. He also has invited classmates to a group Bible study, and one of them is now attending regularly.

A teen girl is the sunshine of the group. She has a heart for those who are disadvantaged and is a leader among her peers. She was the first in her Muslim family to learn about Jesus. She was overjoyed when her entire family was baptized a couple of years later.

It seems that our group in Albania is beginning to grow among the youth whose greatest felt need is hope. Part of that hope is practical. They need hope that they will be able to have work that will provide for their families. While this is a desire among teens and young adults worldwide, the challenges in places like Albania are daunting. Families are close-knit and interdependent, but they struggle for income to survive. The lack of legitimate opportunities to make a living has allowed organized crime to disguise itself as hope. Sabbath observance seems to add yet another immense obstruction to employment. People see this and turn away before they have a chance to learn about the power of God to overcome every obstacle.

We wish to follow the example of Jesus in sympathizing with others as one who desires their good. We have been discovering various ways to encourage people and help them succeed in self-employment in micro businesses. Please join us in praying for divine guidance so that this small ray of hope will generate receptivity in young Albanian hearts so they will seek and find the Blessed Hope.