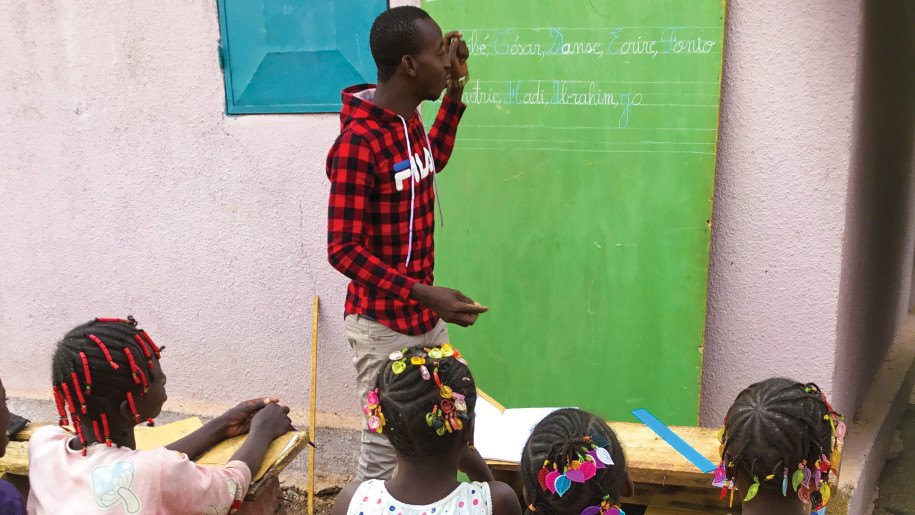 The children of God are called to be representatives of Christ, showing the goodness and mercy of the Lord Jesus. Christ revealed to us the real character of the Father, so we are to reveal Christ to the world that does not know His tender, pitying love.

I first met a Muslim man named Yaya two years ago in a radio studio as I was preparing for an evangelistic campaign. I wanted him to advertise my campaign on a government radio station. That day we talked about a lot of topics, from religion to economic and social problems. We parted friends, and I promised to be in touch.

Yaya comes from a small village called Fouh in the chiefdom of Maramabougou in Kangaba district. He is a teacher by training. However, since finishing his studies, he has not been able to get a government teaching job. He has had to settle for occasional work in private schools.

It just so happened that I was looking for a teacher to help children from Adventist families who attend our church group. So I made an offer to Yaya, and we came to an agreement.

Yaya has been working with us for two years now. During this time I have never opened the Bible with Yaya, but secretly I have been praying for him.

One day when Yaya was in his village, he fell from a tree and broke his arm. I went to visit him and see how he was doing. I shared his pain, comforted him and asked if I could pray for him. “Yes,” he said, “please pray for me.” I asked if he believed that Jesus could heal him, and he said yes. Yaya’s arm had to heal for two months, and during that time he was not teaching. Still, I continued to give him his salary.

One day I felt impressed to tell Yaya that I was in need of evangelists. “What do you mean?” he asked. I explained the work of an evangelist to him, and he seemed interested.

“Yaya,” I said, “I am not offering you a job, but I am hoping that you will accept my religion.”

“Let me discuss it with my family,” he replied. Sometime later, he told me, “My family has given me the go-ahead.” I could not believe my ears. I asked him to meet with me and my coworker in three days. I spent those three days in intense prayer. Then, with my coworker present, I asked Yaya again to express his decision. He repeated the same thing and went on to say that he felt destined to work for God but did not know what shape his work would take. I wept with joy at what God had done.

Yaya continued to tell us what was on his heart. He said the world is full of marvelous things, but only faith can allow us to share these things. He went on to say that for the past two years he has been learning from me. Despite our differences in religion, I have never stopped loving him in good and bad times. He said that though he was born into a Muslim family and grew up in an area where Christianity is not welcome, he is not a Muslim. He talked about how his family’s polygamous home had made him a victim, raising him without pity, respect for women’s rights or care for children. But in Christianity, he said he had seen the opposite—the spirit of sharing, love, forgiveness, compassion and empathy. “I come from a Muslim background,” he said, “but from what I have experienced for the past two years, the whole world should embrace Christianity.”

Please pray for Yaya as he begins his journey with Jesus.