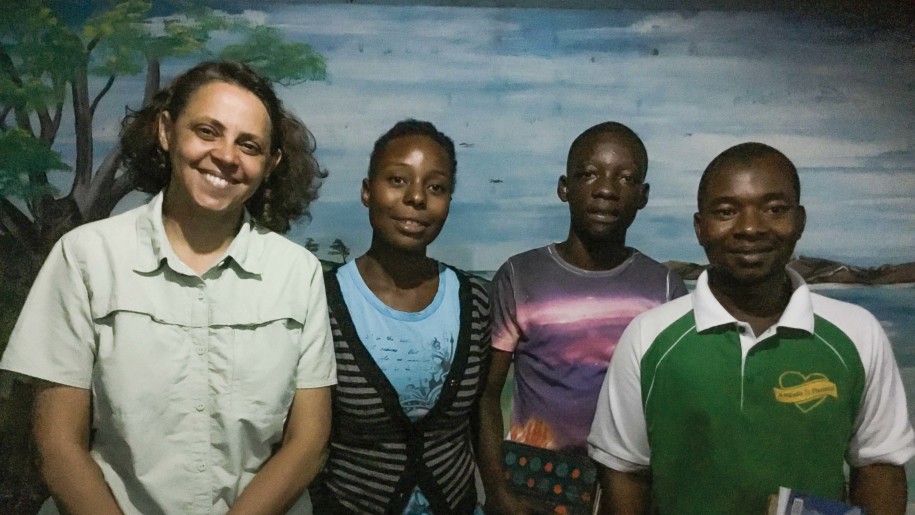 “Where is that bump in the road?” I asked Edie. We had already driven four kilometers on a road filled with potholes, and we were diligently searching for a “bump” where we had been instructed to turn left and drive behind a store. We had been given these directions by a lady selling vegetables in the Inhambane market a few minutes before. We had been asking random people for two days if they knew of a Seventh-day Adventist Christian or an SDA church. Nobody knew anything until Edie described that they worshiped God on the Sabbath. One young man knew of a lady who prayed on the Sabbath. That is how we met the lady selling vegetables. Yes, she prayed on the Sabbath, and no, she was not Adventist. But she knew where the SDA church was and gave directions leading us to an un-named dirt track behind a shop with what turned out to be a speed bump in front of it.

We cautiously drove down the narrow dirt track between high cement walls protecting humble houses on both sides. We hoped there would be a place to turn around. We took a fork to the left and passed people carrying baskets on their heads. A whole community was behind those walls and gates. With a sigh of relief, we found the Inhambane SDA Church. It was Wednesday morning. We peeked in through the windows and walked around back and found the caretaker. Can you imagine his surprise to meet two excited foreigners?

He invited us to come back that evening for prayer meeting. The appointed time passed with us waiting alone outside in the night. At last a college-aged girl showed up and opened the door. A few minutes later two male college students arrived. The meeting began with singing that was followed by a study of the Sabbath School lesson quarterly. In the dim light of the church that evening, our small group became friends as we exchanged phone numbers and took a group picture. We have been texting back and forth with them since then. We thank God for faithful young people!