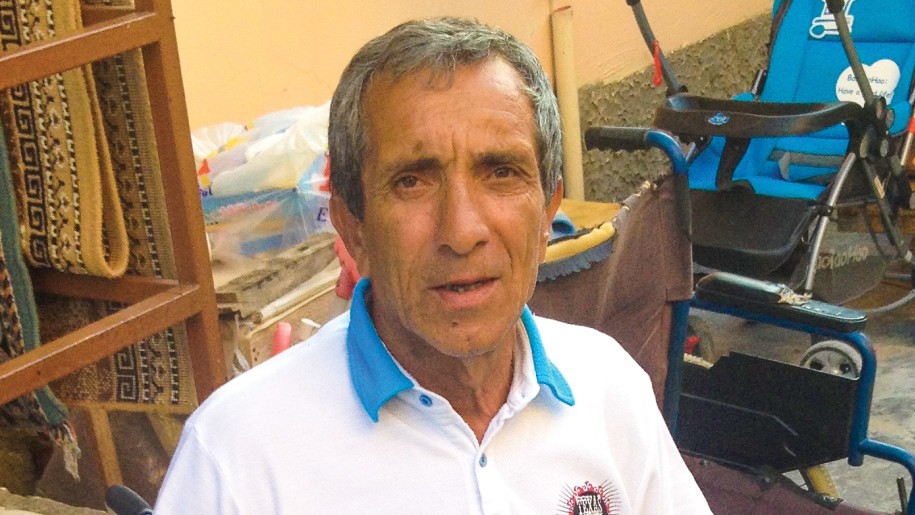 “And we know that all things work together for good to them that love God, to them who are the called according to His purpose” (Rom. 8:28).

Have you ever found yourself quoting Romans 8:28 just to gain the courage to face the day? Do you look for every cloud’s silver lining and every storm’s rainbow? After acquiring a little hard-won experience, a missionary usually hones his or her capacity to expect a blessing to shine through the darkest of moments. On those days or weeks when everything seems to be going wrong, we wait for it to turn out right. Some may call it optimism, and others may call it Pollyanna folly, but we believe it is simply trust in the Lord. We have experienced His goodness and grace enough to know that we can count on Him even when things don’t always turn out as we had hoped. He is trustworthy.

After a while we begin to notice a pattern. The forces of darkness attempt to discourage, frighten or turn back anyone who might cooperate with the Father in rescuing His children and leading them to the Light. Shouldn’t we expect a battle? After all, God offers us armor, not an easy chair. And aren’t we confident that He is with us? Shouldn’t our confidence in Him grow with every victory?
“For we wrestle not against flesh and blood, but against principalities, against powers, against the rulers of the darkness of this world, against spiritual wickedness in high places” (Eph. 6:12).

Sometimes it’s not the big battles and obvious dangers that weaken us, but the multitude of little frustrations and discouragements that cause us to lose heart. Sometimes the enemy whispers lies, saying we are not making a difference, and nobody back home really cares about our problems, and we’re laboring through hardships in vain. It’s easy to feel misunderstood when our perspective, shaped by our experiences, is at odds with our friends’ viewpoints back home. Satan takes advantage of every opportunity to beat down our morale. And yet, God always comes through for us if we patiently wait on Him and trust Him.
We got another chance to practice patience recently. It started when Dani came to church with a request. He knew a man named Achmed who was in need, and he wanted the church to pray for him and find a practical way to bless him. Achmed had recently lost his leg to diabetes, but the state-run hospitals didn’t have any wheelchairs available. It might be a year before he could get one. He enjoyed going outside independently and chatting around an outdoor table with his neighbors, and he was very depressed at the prospect of being confined to his home. Achmed’s son, also recently diagnosed with diabetes, had come to Dani with his troubles because he knew him to be a man of compassion.

Our church prayed for Achmed, and we also made plans to find him a wheelchair. Sean and Dani made many phone calls and visits and drove for hours looking all over the capital city for a wheelchair. They checked with humanitarian organizations, with faith-based organizations, with medical supply shops and pharmacies. Everyone said that the need all over the country was far greater than the supply. Dani had assured Achmed that God would provide for his needs. He had faith that God would help our church find a wheelchair for him. Imagine how he must have felt when he had to tell him that we had come up empty-handed. We weren’t sure why God hadn’t led us to a solution to help this man, but we knew He cared. We just waited on Him to answer our prayers in His own way and time.

Our daughter was enrolled in an Italian Adventist University for the summer, and we couldn’t pass up the opportunity to take some vacation and visit her while she was so close. After all, Italy is just across the narrow Adriatic Sea, only 75 miles away! Other than losing our suitcase for three days and having no other clothing, we had a nice time. That is, until we got the email informing us that our flight back to Albania had been canceled. After making several phone calls and trying to get an English speaker who knew what was going on, we found out that it would be at least five days before they could get us back to Albania. They also said they wouldn’t reimburse us for our extended hotel stay.

That wouldn’t work. We had tickets for an important mission-related flight to another country before then. We did our best to get another flight, but the airline was on strike, and the only other airline going to Albania in time for us to catch our other flight was outrageously expensive at this late notice. I’m sure we weren’t the only ones needing those tickets. We thought of taking an overnight ferry, but we weren’t near the port, so we would have to take some trains to get there. We didn’t have much time to figure it out. We bought our tickets from a machine and jumped on a train just as it was leaving.

We knew we would have to change trains along the way. What we didn’t know is that Italian trains often don’t run on time, and our connecting train was two hours late! Unfortunately, we were too late for our ferry, and the next one wouldn’t leave until the following night. Another blow to two weary travelers.

It was now after midnight, and we were at a deserted port with no way to call a taxi and no way to get back to the city but a long, long walk. The next morning, we had nothing to do but wander around the city. Our hotel was far from anything, so we walked quite a distance, which wouldn’t have been so bad if I hadn’t had blisters all over my feet from the previous days’ journeys in ill-fitting shoes. It was the middle of a scorching hot day, and my bleeding feet needed a rest. Then, almost at the same moment, Sean and I spotted a beautiful sight sparkling in a shop window—a wheelchair! The first wheelchair we had ever seen in any shop window was right before us, on a little side street in a little town in Italy. We just looked at each other and grinned from ear to ear. Though the elderly shop owner spoke no English, and we spoke little Italian, we negotiated using charades and a calculator until we agreed on a fair price.

If our flight had not been canceled; if we had taken another flight; if the train would have been on time; if we had not missed the first ferry; and if my feet had not been in such bad shape, we wouldn’t have found this answer to prayer. We basked in this Romans 8:28 moment, and I basked for the rest of the day in the comfort of the wheelchair. What a relief to be off my feet! We slept on the overnight ferry ride to Albania and found a ride home.

When a few of the guys from church delivered the wheelchair to Achmed, his whole extended family was there. Dani and Sean had quite a story to tell about how God had worked out all the details just to answer our prayers. It was a beautiful opportunity to share with Achmed about how God cares for him. The church members prayed for him and promised to visit him regularly to see how he’s getting along. Now Achmed has a story to tell his friends and neighbors about how God answered Christians’ prayers for him. It wouldn’t have been the same if we had easily found the wheelchair in Albania, so praise God for the trials! Pray that this testimony will spread like wildfire and that Jesus will be lifted up in Albanian hearts. Pray that one day soon, Achmed and his family will choose to love and serve Him wholeheartedly forever.