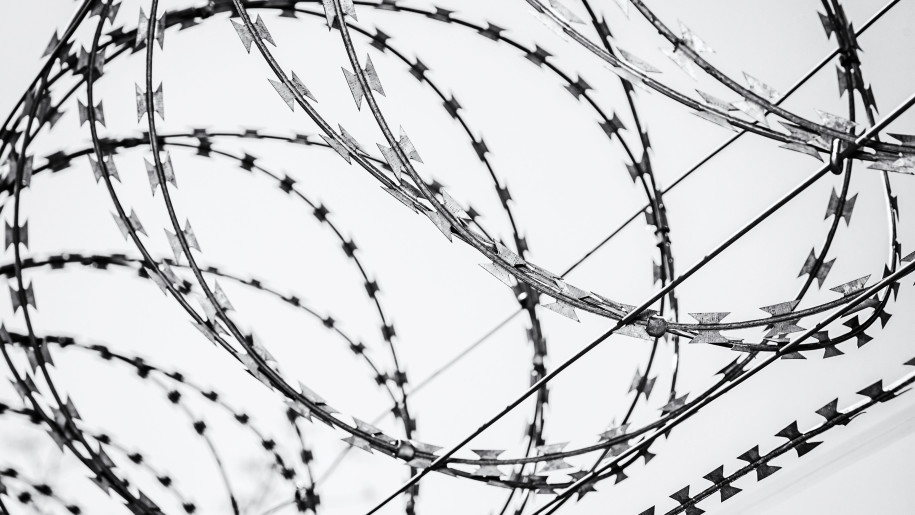 At four months old, our daughter Alyssa has already been on nine airplane flights. Nathan, two years old, has flown twenty-one, including two trips across the ocean. He combines thank you in English with awkoon in Khmer, forming “thankoon.” Sometimes he says, “Come, Daddy, come. COME!” When I am slow to respond, he looks me right in the eyes and speaks in Khmer, giving a resounding, “Daddy, MOW!” It seems the Khmer words he has heard the most have stuck with him over our long furlough.

During that time, we shared mission updates at most of our supporting churches as they showered us with love and amazing generosity. We were incredibly blessed by the encouragement we received from each of you.

Reentering Cambodia during pandemic times presented an absurd number of hoops to jump through, but God provided one miracle after another and, after thirty sleepless hours of travel, the land of endless summer welcomed us. We spent the next fourteen days without ever stepping foot out of our quarantine hotel room, sitting on our balcony as we tried not to stare at all the happy people in the beautiful pool below. We promised Nathan his turn would come soon.

Then COVID-19 hit us. The kids and I had a slight fever. Steph’s fever lasted nearly the whole time. We could not have smelled a bottle of Chanel No. 5 if someone had held it directly under our noses. None of us were sleeping well. One room with a sitting area and a closet; that is all the space we had. The most enjoyable activity was running back and forth between walls. Nathan learned to count to ten, putting his finger on one wall, counting, yelling “Go!” and racing me across the room. The fevers broke, and it was time to be tested. I was the only one whose result was negative.

I watched my family carted off to the government COVID-19 detention center, where all the sick and mosquitoes existed together in one big room. Picture this: one squat pot, rice and broth three times a day, no treatment, and high corrugated metal walls topped with spikes and razor wire. The only way of getting out alive was to test negative twice in a row—and they only tested every tenth and twelfth day. Patients hoping to be tested and leave the next day were crammed with the freshly admitted, causing some to test positive again.

Steph only went to the bathroom once each day because she had no one to watch the children, and she had to give them constant attention. Between the noisy street and the lights from the bathroom shining in their eyes all night as they lay in bed, they hardly slept. The only running water was a single showerhead that everyone used for showering and washing hands after the toilet. It is one thing to be in a place like that if you are alone, but with young children and no other help, it felt like a death sentence. It was not the place that bothered Steph the most. It was having her children in a room with all the sick people and not being together as a family.

I spent hours pleading with any staff who would talk to me. No one healthy had ever wanted to get into the COVID-19 ward. I was given two options: get an exception through the Ministry of Health or test positive and enter the same center as a patient. I went from one testing place to another, and no one would test me. They were only allowed to test foreigners booked on flights the next day. Finally, I found a place that would do it, and I could return for my results the next morning.

Meanwhile, one doctor told us it was possible for Steph and the children to be discharged from government detention to a private COVID-19 care facility as long as they did not have the Omicron variant. But that was the problem. They did. Their current prison was the only option. We contacted half a dozen COVID-19 care centers asking for their help getting Steph and the children discharged to their facility. Finally, one worked with us.

I waited for hours outside the locked gate of the detention center along with the ambulance driver and the nurse. Inside, Steph was packing and taking care of two children who had not slept. Nathan began begging to see me, so we found a place where the corrugated metal fence did not reach all the way to the ground and had a brief visit. He looked at me through the hole and told me to open the gate for him. He pushed it with all his might, not understanding why he could not run to me.

Finally, they were discharged. Steph, about to fall over from dehydration and exhaustion, put Alyssa in my arms as I gave her the cold drink I had waiting for her. We were together. We had our miracle.

As I write, we have just completed our 20th day in quarantine. We are on the twelfth floor of a rundown hotel converted to a COVID-19 care center. Although we view endless dusty buildings and a tiny strip of the Mekong River in the distance, we are allowed to order food from local restaurants and walk up and down the stairs of all fifteen floors. Best of all, this hotel has a pool! It was green when we arrived and growing a layer of something slimy, but I asked the hotel staff very nicely if they could clean it and told them how much it would mean to my son to be allowed to swim. By the grace of God and the goodness of their hearts, they started working on it. On Sabbath afternoon, they removed the “Pool under maintenance” sign and called our room, saying it was good to go. What a pleasant Sabbath surprise that was! Thank you, Lord.

Regardless of the earlier stresses and Steph and the children’s exhaustion, these last 20 days have been a blessed time of bonding. We will treasure our mission property with trees and trails more than ever, thankful our sense of smell has fully returned, and appreciative of the rejuvenating scents of nature. God is merciful. It would take me much more room to tell all the miracles along the way. We cannot wait to see what the following years and months bring. We only wish to share Jesus during our remaining time.