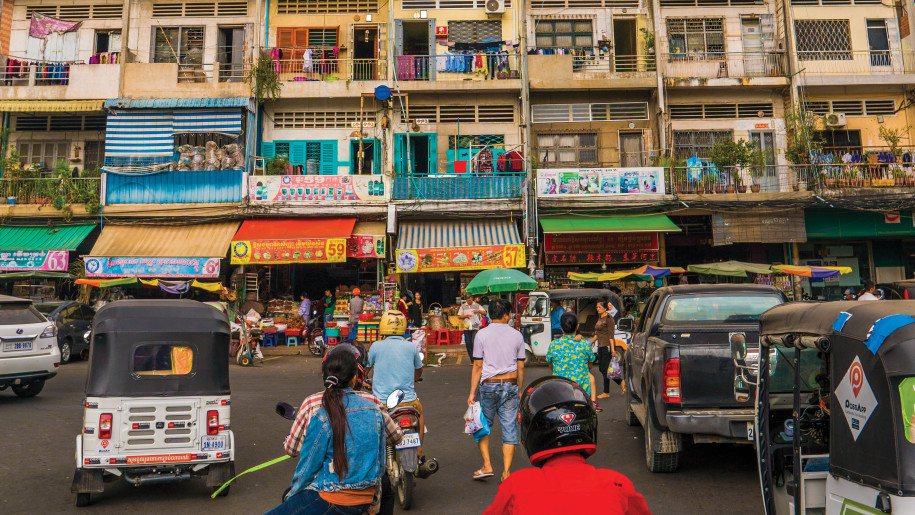 I grinned at the spectators. Neighbors from all the nearby village houses watched with curiosity as I carried Eric on my back from the house to the car and plopped him into the passenger seat. A wife carrying her husband is not something they often see, I suppose. And, of course, what could be more interesting than to watch the newly-moved-in foreigners figure out life with only one pair of working feet between the two of them? Since Eric broke both of his feet in a bad fall from scaffolding while helping build the Center of Influence, life has been a little different for us.

I walked around to the driver’s side and got in. That in itself wouldn’t be very interesting if it weren’t for the fact that I didn’t know how to drive stick shift. For some reason, I made it to adulthood without learning this useful (some would argue mandatory) life skill. Ah, well, necessity is the master of . . . procrastination? It was time for me to learn because we have a manual-transmission car, and if we wanted to get ourselves anywhere, I would have to figure it out. Eric coached me, and I caught on quicker than I expected, thank God! As if learning how to drive with a stick shift wasn’t enough, Cambodian streets and traffic are another whole ball game (specifically like dodgeball, if you ask me). Motos, bikes, cars, giant trucks, pedestrians, chickens, horse carts, herds of cows, water buffalo carts, dogs, motos carrying 20-foot-long loads of wood or pipes, motos with wide and extremely tall loads of baskets, chicken coops, etc., and just about any other obstacle you can imagine—combine them all with a hesitant stick-shift driver, and you’ve got a glimpse of my day.

To my relief, we made it safe and sound to the house of a patient I’m caring for. I got out and spent some time with Himrei, our blind friend whom the Hutchisons helped tremendously over the years. He was dealing with mysterious abscesses on his lower back. He lives in a tiny shack with palm leaves tacked up on one wall to shade him, a tarp on another wall, and the rest open to the wind and rain. “Clean” isn’t a word that comes to mind when you see his dwelling, and the dirt floor is crawling with fire ants that leave you a lasting reminder that size has nothing to do with the ability to inflict pain. I changed Himrei’s charcoal poultice and gave him some food.

“Who drives the car?” he sounded bewildered.

“Me,” I replied sheepishly.

“Well, I’m learning.” After we talked for a little while, he shook my hand and sent me on my way with God’s blessings.

Now, I had to try to turn the car around next to a steep riverbank without becoming the most sensational village story in years. Deep breath . . . I’m thankful to report that it went without a hitch (or a stall), and no chickens were harmed, either. The village is much lower than the built-up main road. Most of the homes flood during rainy season, forcing the occupants to live with family elsewhere or share space in the homes built on the tallest stilts. The short but steep dirt hill up to the main road is a perfect nightmare for a newbie stick driver. By now it was dark, and a bunch of little school boys with Muslim caps on were congregating around the car to gawk at the girl with so little driving skill. Just what I needed—more spectators and pressure! Eric rolled down the window and told them in simple Khmer that I was learning how to drive, so don’t get too close to the car. He coached me on using the clutch and gas to slowly climb the hill without rolling backwards. After several minutes, I found the sweet spot, and we climbed onto the main road. Behind us, a loud cheer erupted from the group of boys.

Being the only able-bodied spouse has come with its challenges, especially during our move to the village. I was so thankful that Joshua and I were able to carry most of the furniture and boxes and that some neighbor men helped. Our partners have been a big blessing to us. I’m not sure how we would have navigated this predicament without them. Eric has been as helpful as he can, washing all the dishes, scrubbing whatever I put in front of him to clean, working on our financial records, or even climbing on his knees to put up a clothes line for me. Being the one to do much of the physical labor now has shown me just how much Eric has done for me daily that eased my burdens.

Despite Eric’s lack of mobility, he has been making friends with a village man who speaks some English and is eager to learn more in exchange for teaching Khmer. They enjoy each other’s company, and Eric has learned quite a bit. Also, Eric sounds out the Khmer Bible with our next-door neighbor for a little while each Sabbath, which offers the double benefit of helping Eric tune up his reading skills and allowing our Muslim neighbor to read the Word. Eric has been keeping up his morale quite well despite the inconveniences of wearing casts. It turns out that you don’t need feet to be a missionary, and God still provides plenty of opportunities to share Christ.

No one warns you ahead of time that your husband will break both his feet within the first four months of arriving in the mission field. All the missionary training in the world won’t ever prepare you for unexpected challenges like this. However, had we known that Eric would break his feet right off the bat, we still would have come. We signed up for this life, not because it’s easy or fun (though it can be at times), but because there are lost people who don’t know Jesus and won’t ever have the chance unless someone comes from the outside to tell them. We believe everyone deserves to know our loving and merciful Savior. By supporting us, you are a part of this effort to share Jesus’ love with the Great River people.

We might only have two working feet between us, but we have four working knees that can still kneel before God and ask for His guidance, patience, wisdom and protection. Please add your knees to ours and pray for our safety, language skills, and effectiveness in reaching God’s children here in Cambodia.