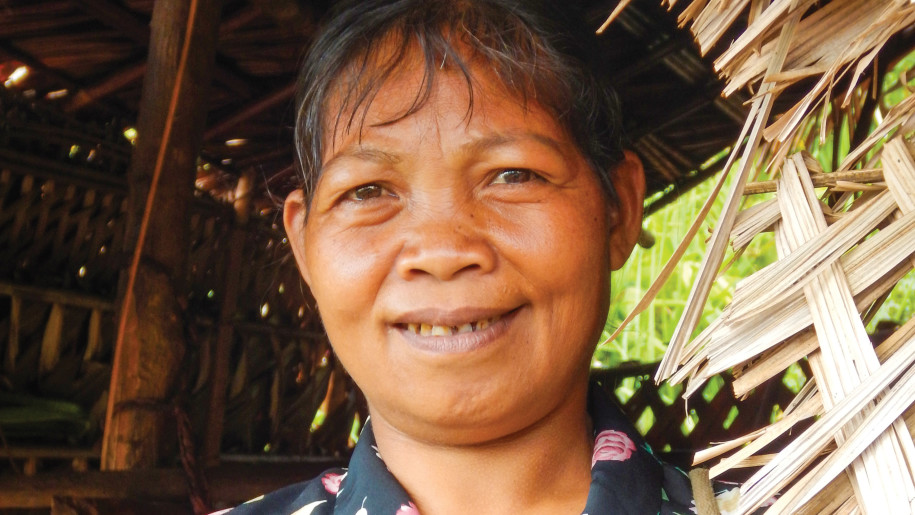 Her long neck wreathed in dainty beaded necklaces, her beetle-nut-stained toothy grin, and a shy look in her eye. That’s how I remember her. She would come to church with many of the other adults, but she didn’t really participate. She seemed to enjoy the stories and the friendships there, but as teenagers and young adults began to be baptized and take more active part in the functions of the church, she and a number of other older adults gradually faded out. It was disappointing to say the least, and the church members prayed fervently for their gunggurangs—their parents, aunts, uncles and grandparents.

Through the ensuing decades as those teenagers and young adults matured emotionally and spiritually, they continued praying for their gunggurangs and sharing with them the story of Jesus, but with little outward effect. Even though there were gunggurangs who would eventually study and become serious followers of Jesus, the church in Kemantian remained a very young body.

Laodicean lethargy plagued the Palawano churches, and the local elders of each congregation were at a loss to know what to do about it. Oh yes, they prayed and continued working for the salvation of their people, but without consistent results. Sometimes the lethargy lay thick on a congregation, palpable to anyone entering the church.

Then one day I received the shocking news that the mayor had closed down all schools due to COVID-19. By the weekend, we were informed that no churches were to meet together either. Our Kemantian staff of local leaders, student missionaries, national workers and long-term missionaries were already in the midst of a 40-day prayer emphasis, so we just kept praying and hoping that the restrictions would lift soon. But, as you know, COVID-19 didn’t just go away. We soon realized that we were facing weeks and weeks of no school, no church, and people segregated to their family villages. After a few weeks of restful but unsatisfying solitary Sabbaths, we were itching to do more. Then an idea hit me. The families were already sequestered in their villages, so why not organize them into small groups for worship and outreach? We could spread a few of our leaders to villages where there were no Christians, and they could work to start groups there.

More than 20 people came from three of the closest mountain churches in answer to our call to help organize small groups. I was hopeful. As we talked about which villages to begin with, I sensed that they were all primed and eager to begin working. However, knowing that Palawanos are generally eager to try new things, but they also tend to lack staying power, I tempered my expectations.

When the leaders of the small groups met the following week, they were enthusiastic and reported that other villages near them were asking for someone to come and teach. Now I was getting excited, but I still wondered how long this energy would last. But week after week, the leaders gathered and reported how backsliders and the unchurched were joining their groups. As the months went by, some group members came and went, but almost always a strong core of dedicated spiritually-growing people remained, and in many cases their numbers grew.

Last week as I sat listening to the reports the leaders shared, I heard some express discouragement about following up on invitations to come and teach, but then they weren’t warmly accepted. We talked about how to know when to back off and when to press through the discouragement. Others reported their members’ reluctance to share the stories they learned each week with at least one other person, and how many weeks they were repeating the same study until people felt confident enough to share it.

Others reported joyfully about how music was attracting some. Rowena, one of our leaders in the Kensuli region, described how some people had begun coming to listen to the guitar. When I asked her who was playing the guitar, she grinned. “My husband Mark!” I grinned, too, inwardly praising God. Mark has not shown spiritual interest before. Rowena said she has so many groups that she is struggling to keep up with them. She also shared that in several villages the elders, who are typically resistant to the gospel, are the ones inviting her to come. That was thrilling news! But in another nearby village where the people earnestly wanted Rowena or someone else to teach them, the elders refused. And so the stories went.

Pidli reported that some of the older people in his groups were memorizing Bible verses and expressing belief in Christ. He told about Dumisi who had taken Bible studies and come to church sporadically, but then stopped coming several years ago. Dumisi’s children attend our school. One of them is baptized and another recently accepted Christ during a week of prayer. But Dumisi and his wife Miring seemed unimpressed. However, now Pidli shocked us with news that Dumisi was active in their group and eagerly going out and sharing the stories with people in other villages. Praise God!

Just now as I was writing this, I received a call from Carrie Hann asking if I’d heard about Dumisi and Miring. “Not in the last couple of days, why?” I asked, fearing that this might be bad news.

“They want to be baptized!”

“I said they want to be baptized. Hilin just told me.”

“Wow, that’s awesome!” I exclaimed. “And what a perfect punchline for the article I’m writing right now!”

“Yeah, me too. I just wrote an article about our small groups as well.”

Before I close, I must return to the woman I described in the opening paragraph. This is Pidli’s mother, and I received news about her, too. Now, in addition to the dainty beaded necklaces, beetle-nut-stained, heartwarming, toothy grin and shy look, I imagine her eyes brightening as she recites the memory verses she is learning as her faith in Jesus blossoms. Pidli is overjoyed, and so am I, at the amazing work the Holy Spirit is doing in the mountains of Palawan.