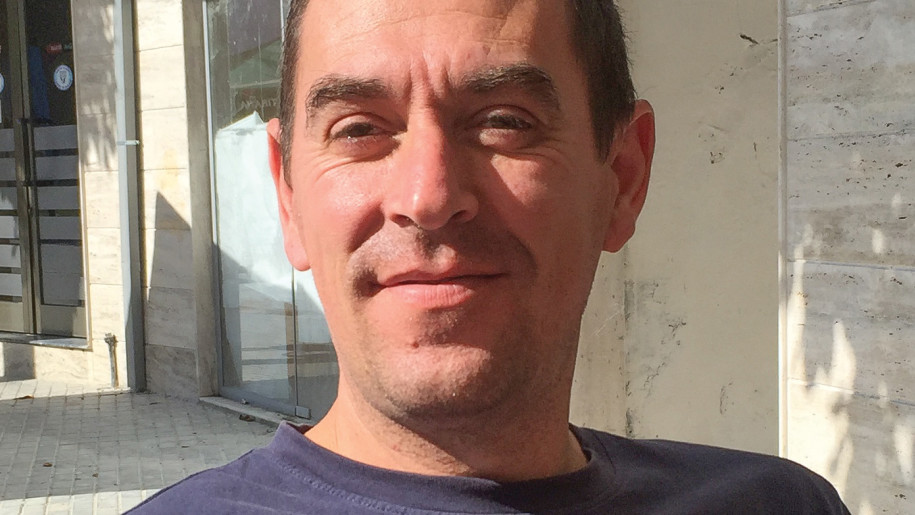 “A good name is to be chosen rather than great riches, loving favor rather than silver and gold.”

It’s one of Tomi’s favorite Bible verses, and it doesn’t surprise anyone who knows him. It describes him well.

We met Tomi in an English course that Brenda was co-teaching. The one thing that made Tomi stand apart was his character. Though he has never had much money, he’s rich in the most important things in life. Though poor, he is as generous as they come. Always polite, quick to help anyone in need, and trustworthy, he is well liked by many.

One day he asked someone who attended our home Bible fellowship if he could attend a meeting. Although he didn’t belong to any organized religion, he was much more knowledgeable about the Bible than any Albanian from Berat that we had met. Bibles are extremely rare here, but somehow his mother, who was Orthodox, had one. It was obvious that it had made an impact on him. He trusted Jesus and was seeking fellowship with Bible believers.

When he found out about the Sabbath, he was moved by the beauty of God’s plan to set aside a day for us to rest and enjoy Him each week. However, this caused him an immediate problem. Although he has a good reputation, most jobs in Albania are given to relatives. His whole extended family is poor, and he struggled to find odd jobs. It’s hard enough to find employment in Albania without being a Sabbath keeper in a predominantly Muslim land. He had been doing all he could to provide for his family, but they were barely surviving. He decided to be baptized anyway and to leave it all in the Lord’s hands.

In time, Tomi was blessed to find a simple job with some flexible workdays. It paid very little, but he was happy to have it. In time, that company went out of business. Since then he has struggled to find employment with anyone who will let him have Sabbath hours off. Religious liberty laws concerning employment do not exist here.

One of the greatest felt needs in Albania is having a livelihood, and this is especially true for Sabbath keepers. So we have been exploring an idea for a Center of Influence to help meet this need. The idea is to give people like Tomi training in small business startups. They will have support and guidance in identifying the right business that aligns with local needs and their own interests and skills. We hope to guide them in finding startup capital through micro-loan organizations or crowdfunding. This has wonderful potential to make Adventists a blessing in the community.

Please join us in praying for Tomi’s good name to help him succeed in his own business, which will allow him to make connections that will lead many to the Lord he loves.