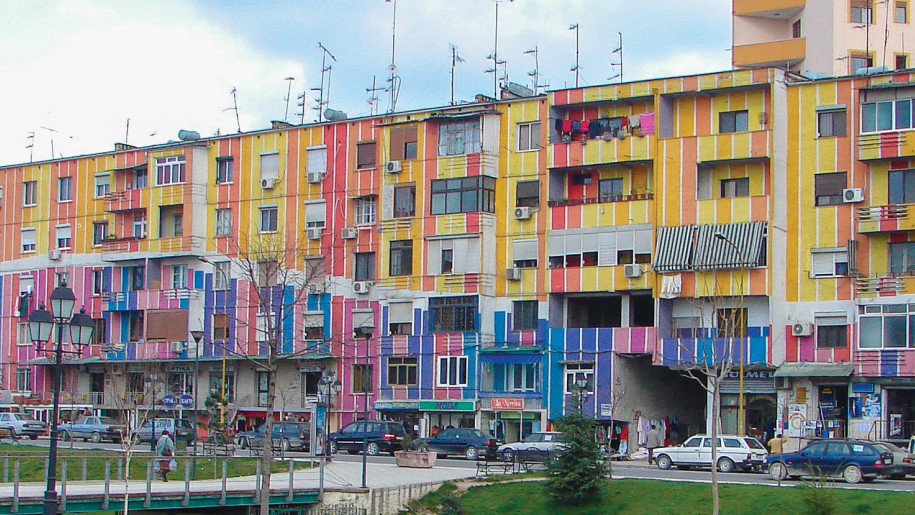 When we prayed that God would guide us in finding property for our ministry center, we trusted that He knew best. When we prayed that He would open or close the doors as He saw fit, we trusted Him to do just that. But when months turned into years, and every attempt to find a suitable place resulted in shut doors, though we still trusted, we trembled.

First, the prime minister of Albania instituted a ban on all new construction in order to put a stop to illegal building and to implement an investigation and enforce regulations. So, we shifted our search to buildings that could be renovated to meet our needs. Then a new initiative came to our city, and about 400 illegal buildings were marked for demolition. Unfortunately, only the owners knew which buildings were illegal. We couldn’t be 100-percent sure that a building we bought wouldn’t be destroyed. The demolition was supposed to be carried out quickly, though, so we waited. For a long time nothing happened. At last, the first building was demolished—a hotel by the river. We watched news footage of the implosion. For some reason, no other buildings were demolished for a very long time. While we hated to see buildings destroyed, we couldn’t buy one until we were sure it wasn’t scheduled for demolition. We were stuck again, so we prayed and waited.

We thought about buying the house we were renting to live in because we knew it had been checked and cleared. We thought about adding another floor, but the owner’s price was much too high. But it was good that we didn’t buy it, because it turned out to have a mold problem that was making me ill. We moved to an apartment building, and my health improved dramatically.

Although the apartment has a large living room for meetings, the church members and visitors had to climb seven flights of stairs to reach us. We noticed that despite the climb, more visitors came to study the Bible at our new apartment on the main road. We also noticed that when we had an English course in one neighborhood, it was difficult to get anyone from outside that neighborhood to join us, but we didn’t have that problem with another locale in a shopping area just off the main road. Finally we discovered that many pedestrians here don’t feel comfortable walking in an unknown neighborhood, unless it’s on a main road or in a larger shopping area. The other places we had considered for a center weren’t in the best locations for foot traffic. No wonder God had closed the doors! So, again, we prayed and waited. We had begun to grow impatient, but we hadn’t stopped trusting. We had asked God to close the doors if we were on the wrong track, and that’s just what had happened.

A commercial space on the ground floor of our apartment building opened up. Although it was smaller than we had hoped and would require quite a bit of renovation work, it was a good location. The owner gave us his price, but again it was much higher than the available funds. We believed God would show us something in our price range, even if it didn’t look promising, so we waited and prayed.

The construction ban was finally lifted, but there was no property available on a main road. Since we had raised funds, prices had risen considerably. If we wanted this to be a center where anyone in the community would feel comfortable, then location was very important. A price within our budget was the other important consideration. We knew it would be hard to find a place that met both requirements. Sometimes we wondered if we would have to choose a less desirable location or raise more funds, but we trusted God to guide us. We prayed and waited.

One day we noticed heavy equipment moving earth around the government property across the street. It had been part of an army base during the communist dictatorship. A sign displayed a rendering of the proposed new building that would feature many commercial spaces. It was an attractive building with parking, located on the main road near a city bus stop. We were sure the space there would be out of our price range, but we decided it was worth a try. We gathered to pray.

We were pleased to learn that the price for early buyers was much lower than we had expected. In addition, the U.S. dollar had risen since the beginning of our property search. The owner already knew and liked me. His family had owned the land before communism, but the state had taken it over for army barracks. When the state finally gave it back, his brothers put it in his control as the family businessman. Everything looked positive, but we trembled at the thought of committing to the purchase. Again, we gathered to pray, asking for God’s guidance.

We invited the Albanian Mission President and an Albanian Adventist lawyer to our meeting with the owner. After getting the go-ahead from AFM, we made the purchase. Our members are thrilled about the community center it will house. They’ve been prayerfully planning how to get the community to look forward to its grand opening. They are very excited about the possibilities.

We are exceedingly grateful to those of you who have generously donated or have offered prayers for this project. You’ve helped bring new hope to our members and made them feel loved and accepted by their brothers and sisters in lands far away. May this center be used to bless the community and demonstrate the love of God. May Jesus be held up and draw many to Himself.

Our next step is to outfit the building with a small kitchen, audio/visual equipment, and furnishings. The project fund is in need of more monthly and occasional donations to complete this work. Will you prayerfully consider giving to the Albania Project?