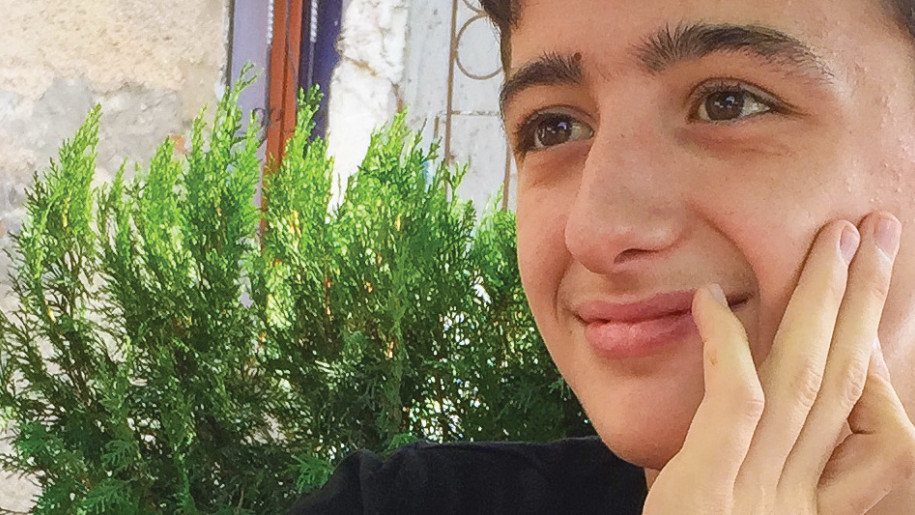 His quiet smile and polite demeanor are the first things you would notice about the slight, likeable 18-year-old man. If you were to spend a little time with him, you would quickly see his humility and compassion.

As I think back to when we first met Gjoni, I remember a shy, sickly boy on crutches. I recall his later struggle to fully break from the occult influences that he and especially his brother were involved in. Sean and I marvel at how Gjoni has developed into the exemplary young man he is today, and we praise God for what He has done in him.

I could go on and on listing the positive aspects of Gjoni’s character, but it is sufficient to say that he exhibits the fruits of the Holy Spirit in his daily life. He is hungry for God’s word and for anything that will help him grow in Jesus. He asks for spiritual books to read as soon as they become available in Shqip, the Albanian language. He studies each book carefully and underlines the parts he wants to be sure to remember. He loves to discuss what he is learning, and he asks for guidance when he needs direction.

Gjoni doesn’t keep the gospel to himself. I’ve lost count of how many people he has influenced to worship with us, but it’s at least a dozen. In most cases, he has personally studied the Bible, shared books and discipled these individuals. Though his parents do not attend church, Gjoni has made a point of bringing his older brother and his young sister to church regularly. His older brother was baptized as a result of his gentle but persistent efforts and prayers.

Without prompting, Gjoni has begun a social-media ministry to reach out to other young people. He encourages church members to remember to pray or read certain Bible verses. He has been learning English in a small-group course in our home. He wants to be able to contribute to his family’s meager income soon. Gjoni’s family is impoverished, and employment is exceptionally hard to come by in Albania. What’s more, most jobs pay very little and require working seven days a week, making them incompatible with Sabbath keeping.

In light of these challenges, we have begun training people how to start small businesses that don’t require much capital. Younger people like Gjoni are especially interested in starting Internet businesses. We hope to provide training and resources they will need to succeed.

Please join us in prayer for Gjoni and the other Albanian church members, that their light will grow in the community, and that they will ignite a gospel movement that will sweep across this small nation and beyond.