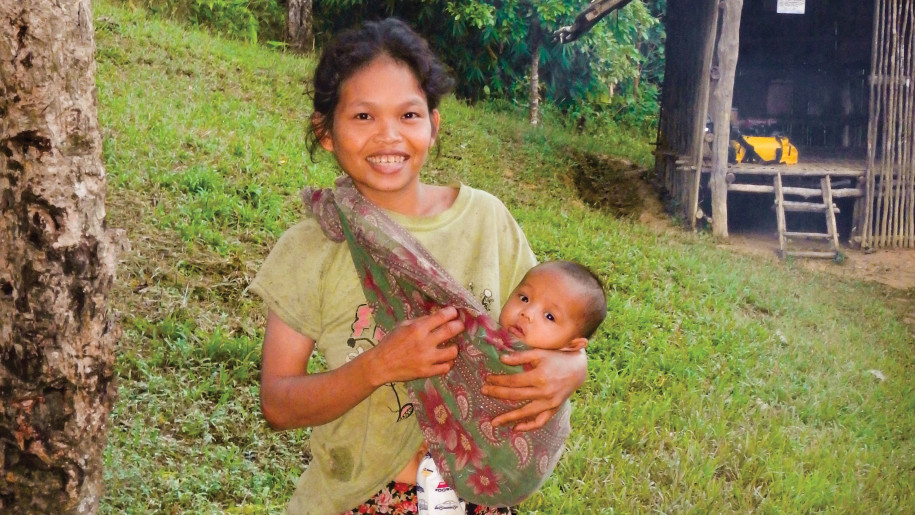 Many Palawanos delay naming newborns until they know they are going to survive or until they think of a good name. Some children remain nameless for years.

Another Palawano belief is that babies often have opinions about their names. Sometimes at our clinic when we ask the name of a young patient, the parents give a name other than what we have on record, explaining that the child had cried a lot, indicating that they didn’t like their name, so it was changed.

Some Palawano names describe derogatory physical features: Big Head, Big Bottom, Teeth-Spaced-Too-Far-Apart, Cross-Eyed, Lame, Bald, Deceiver, etc. Other names come from the media, such as Batman or Jollibee (a popular Filipino fast-food restaurant). Some people name their children after the month of birth. Still others just make up names, such as Dulpi, Nug-nug or Seliman.

On a recent trip to Kebgen, as I was taking patient health histories on patients, several mentioned that there was another child or baby at home. When I asked them the name, they just said, “No name.” I always feel a sense of loss when a child goes unnamed. It’s almost as if the child’s existence isn’t fully acknowledged, or that they haven’t earned the right to belong. Others answered, “We were waiting for you to come and name them.”

It is an honor to be asked to name children. I like to choose names that respect the sanctity of the child’s life and acknowledges the parents. I also like names of honorable Bible characters. In Kebgen last week, I named at least six children, the most I’ve ever named in one day. I leave a piece of myself in each naming. The parents will forever associate the child’s name with the one who gave the name. And I hope and pray that the children grow up liking their names.

I imagine most of us are content enough with the name that our parents gave us at birth, but a day is coming when we will be given a new name, and I know that we will all find in that name a sense of true belonging, for it will forever associate us with the name-giver, our Father.