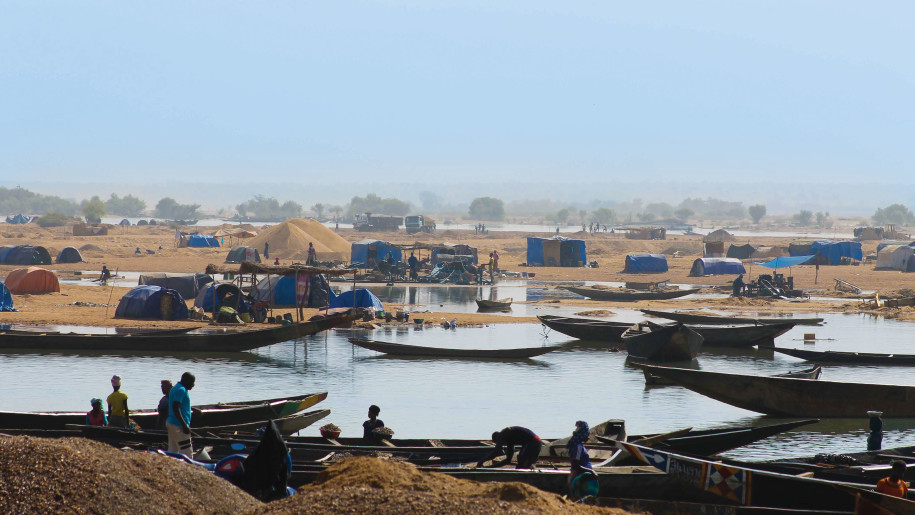 The Somono, who come from the Soninke tribe and live in Mali along the Joliba and Niger Rivers, earn their livelihoods from fishing. The meaning of Somono is “first to explore the marine world.” They are from the fourth region of Mali (Segou), from a village called Kamanmarakala.

The Somono who live near us in Kangaba are descended from Bafasegea Sogcore, who came across the Joliba or Niger River and was welcomed by the Malinke Massarana clan near the Niger River in the district of Maramandougou.

The Somono fishermen have interesting taboos. One taboo concerns a bird called a tonkan. Even just seeing one of these birds is considered very bad luck. The Somono also consider stealing strictly taboo. Even stealing something as small as a single fish is believed to bring down serious calamity or death.

Historically, the Somono have credited their success as fishermen to observing their taboos and practicing secret rites of black magic. Somono elders pass these secrets down to young people while sitting around fires at night.

However, these old beliefs are dying out because of a new development in the region—gold mining. The young people no longer spend much time with their elders, and they are abandoning fishing for gold mining.

Gold mining and a shifting climate are affecting the rivers, too. Desertification, soil erosion, increased extraction of sand, pollution, change in river flows, and the building of a dam have all led to decreasing fish catches. The chemicals used in gold mining are also killing the fish, and the gold dredges are disrupting the riverbed. All these factors are destroying the fish spawning grounds, so the future of fishing is no longer guaranteed for the Somono. Gold mining has become extremely important for the local economy and provides jobs for thousands of fishermen in Kangaba. Competition between the Somono and the gold miners has led to increasing tensions.

In Luke 5:10, Jesus said unto Simon, “Fear not; from henceforth thou shalt catch men.” As ministers of God, we need to go to the unreached and throw out our nets so that we can make a big catch for the Lord. Pray for wisdom and the direction of the Holy Spirit as we work to expand our ministry in Kangaba. Thank you for your prayer and support.