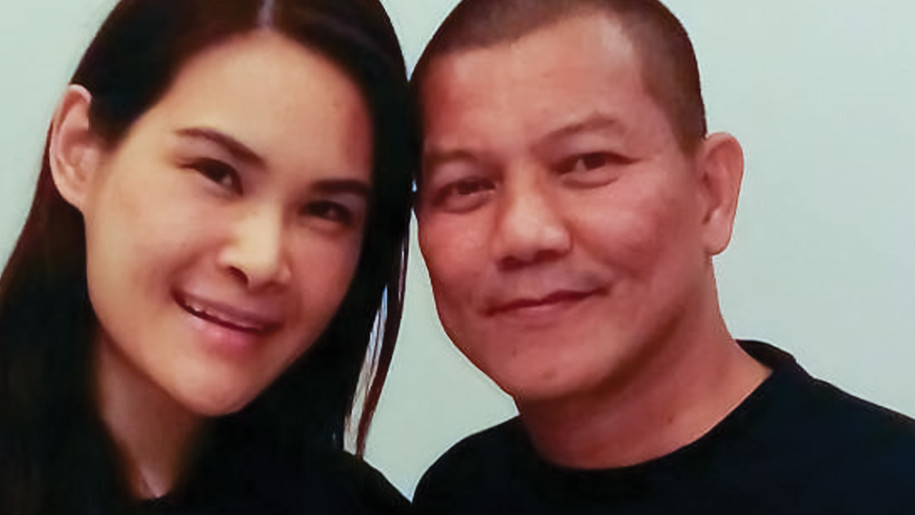 I should have rejoiced at the news, but I was skeptical. I stared at the picture of Raat in a black baptismal robe, standing in front of a congregation with a highly respected Thai pastor, about to enter the watery grave. I knew I should say something like, “Praise the Lord,” but I didn’t want to feel like a hypocrite.

Two months earlier, I had met Raat at a weekend health seminar at our music school and learned that he was dating one of our church members, Sorn, a business woman in her late 30s. Raat was friendly and polite, he carried himself with dignity and quiet charisma, and he was famous to boot. He had just written a book that was a best-seller in Thailand. It was easy to see why Sorn had fallen for him. The only problem was that Raat was a Buddhist, and Sorn was a Christian.

The following Monday, I met with Sorn and her three siblings for our weekly discipleship Bible study. I knew I needed to say something about the relationship, but I wasn’t sure how to bring it up. Luckily, I didn’t have to. It didn’t take long for them to ask my opinion on the matter. For the next hour and a half, we discussed the situation. All of the siblings had concerns. In fact, Sorn’s younger sister Joy told me that she had read one of Raat’s books and that it was “very Buddhist.” “Those kinds of people have their minds made up and will not change,” she said. I told Sorn that it would be unwise for her to pursue anything more than a friendship at the current time. She listened respectfully, but I got the impression that she wasn’t completely convinced.

I prayed a lot before our next meeting and asked the Lord to give me wisdom to know what to present. I felt impressed to prepare a Bible study on the life of Samson and emphasize that God had given Samson a very special calling, but Samson failed to live up to it because of his infatuation with a heathen woman. When I arrived at the study, I was disappointed to learn that Sorn would not be coming that evening because it had slipped her mind. I decided to present the study anyway, knowing that her siblings would share it with her. I left that evening feeling a sense of peace that God was still in control. For the next month I didn’t hear anything about Raat and Sorn until I saw the picture of Raat in the baptismal robe.

I learned that Raat would be at our Bible study the following week. On the way there, I told Karina, one of our short-term missionaries, that Raat had just been baptized the previous Sabbath, but I wasn’t sure how thoroughly he had converted or how much of his faith was a blend of Christianity and Buddhism. But I knew I needed to give him the benefit of the doubt and treat him as a brother in Christ with no suspicion.

We ended up having a very good Bible study that evening, and Raat contributed many thoughts. After the study we talked about Raat’s baptism. I mentioned that I had been surprised by the news, and I asked them to tell me the story of how it happened.
Joy began by telling me that the Bible study I had shared about Samson had made a difference. Sometime after the study, Raat began having Bible studies with an Adventist Thai pastor in Bangkok. Raat said that he learned many new things and began to experience changes in his heart and life. He had quit drinking, smoking and eating unclean meats. He told me that he could feel God changing him inside, giving him patience in the place of anger and humility in the place of pride. He said that he used to look down on Christians. He was so devoted to Buddhism that he spent time in India and Tibet studying Buddhist teachings, and he had been a monk for several years as well. He shared that now he loves to read the Bible every day, especially Genesis, Kings and Matthew. Sorn chimed in, “He even calls me every morning and evening to pray!” Raat pulled out his new Thai ID card and excitedly showed us that he had just had it changed to show that his religion was now Christianity. Wow! He really is serious, I thought to myself.

Before we left that evening, Cindi, Karina and I had a conversation outside with Joy. She told us that Raat had recently quit his job as a writer for a popular newspaper in Bangkok because he would no longer write articles about Buddhism. She said that since quitting his job he had been offered a new job with a different newspaper that wouldn’t require him to write about Buddhism. I told her that Raat’s conversion was probably the biggest miracle I had witnessed during my time in Thailand. She also expressed her amazement at his transformation. I drove home that evening in awe of God’s power and ashamed of my unbelief.

As I reflect on Raat’s miraculous conversion, I am reminded of some very important lessons: Never consider anyone beyond God’s reach. Be faithful in sharing God’s Word with others. Never doubt God’s power to change lives.

Raat continues to study the Bible and has told me that he would like to attend our weekly Bible study regularly. He lives in Bangkok but is thinking of flying to Khon Kaen each week. He has also shared his testimony at our church and inspired our members. I know God has big plans for Raat’s life. Please join me in praying that Raat will continue to allow God’s miraculous power to work in His life.