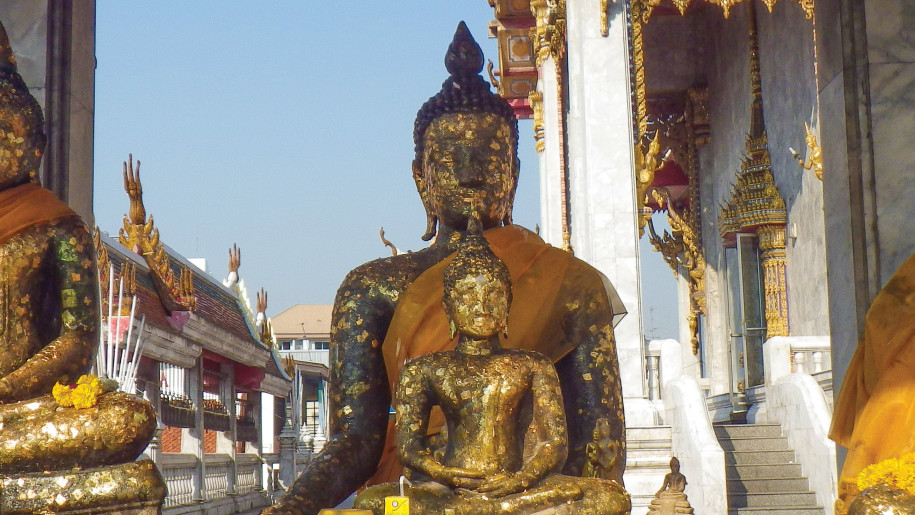 “Just as You did through Balaam, please speak Your will to my father through his seer, since this is the only person he listens to for advice,” prayed Mali. “I know You told us to not seek the advice of seers, but that is all my Buddhist parents know. But I also know You used Balaam’s mouth to speak blessings instead of curses for the sake of Your people.”

Growing up, Mali, Kung and Kai went to study at an Adventist school in Singapore. Their siblings, Fon, Patipan and Top, stayed in Khon Kaen where their father owned a thriving business. In Singapore, one of their teachers introduced them to God. Kung started studying the Bible with this teacher, and soon Mali and Kai followed suit. An Amazing Facts pamphlet caught their eye, and the three of them studied the series. “It just made sense,” said Mali. “I learned so many amazing things! We decided to try out this God, and He answered so many prayers that I knew this was right. Moreover, God was able to change me. And if God could change my stubborn heart, then He had to be the true God!”

On school break, Mali, Kung and Kai returned to Khon Kaen and taught their younger siblings what they had been learning. All of them began following the truth as best they knew how. However, their parents resisted Christianity and were antagonistic against their children’s new beliefs. Life continued like this for many years, until a few weeks ago.

Many Thai people seek advice from seers. Mali’s father has two trusted seers whom he often consults. A few weeks ago when he went to visit one of these men, he found the house completely changed. All the images and shrines had been removed. He asked the seer what had happened, and the man told him this story:

One of the seer’s clients forgot to bring back a payment he had promised to a certain god, so this god became upset at the seer. The seer sought help from another god, but this god said he couldn’t help because the two gods didn’t interfere in each other’s affairs. So the seer sought a higher god who could overrule in the situation. In a vision, he saw the Highest God coming with many angels—the Christian God Who could overrule any other power. “Worship Me only,” He said to the seer. Evidently, the seer had obeyed, removing all the images and shrines honoring other gods.

Since Mali’s father trusted this seer, he asked for advice about how to direct his children. The seer replied, “Have your children pray about what to do, and then bless them in their decision.” Ever since, Mali’s father has encouraged his children to go to church. We pray that soon he will personally accept the Highest God, too.